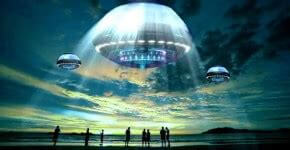 The Arcturians are a group consciousness extraterrestrial race that is highly evolved and come from the blue planet orbiting the red giant star Arcturus in the Bootes constellation. Arcturus is about 36 light-years from our solar system. Astronomers have yet to take the discovery of the arcturians solar system around a system composed of Arcturus and Pleiades.

Arcturians are a Galactic civilization renowned for their ability to heal instantly. This is possible because they’ve grasped one concept. They know thoughts become things and have mastered the manifestation ability to do this instantly. Thoughts becoming things is a concept that humans are picking up on in the masses now. Products are entering the marketplace infused with Arcturian healing, and they are powerfully effective! The products are profound because the Arcturians have mastered the conscious mind and the energy it controls.

They are Higher Beings working with the evolution of Earth and Humanity, into the New Age, into the realization of Oneness, Unity Consciousness and in the restoration of Harmony upon and within Earth. This means working toward each of us seeing, being, feeling and living in Harmony, Unity, right here and right now upon Earth. They have high intelligence and are natural critical thinkers and natural analysts, being very mentally polarised. They appear therefore strong and capable, like leaders.

Arcturians Alien Race is well-known for its power of healing. This is mostly what defines Arcturians as an amazing race among this galaxy; however, Arcturians are also able to accomplish additional powers through the aid of their mastery of the conscious mind. Many call the Arcturian way art of the mind, and rightfully so.

Their skills and knowledge in working with spiritual energies are immense. However, they are capable of helping us with many different aspects of our multi-dimensional self such as with energetic purification, grounding, soul awareness and with working in energetic ways with our chakras and light bodies.

Arcturians are full of life, are not shy when it comes to receiving attention, and are planners and work hard to fulfil their plans. It is said that some star seeds are not good at expressing emotions except for anger (I’ve found this untrue). However, they may fall into a pattern of being angry simply to avoid showing other more real emotions, so when one is in a relationship with one it is necessary to be patient. To more sensitive souls, their power can make them overwhelming to be around, and their need for attention exhausting.

The Arcturians believe in and use their 6th sense. The 6th sense is a direct way to “talk” with universal energies/entities. Because they are trapped in constantly, they’re able to manifest instantly. This means the Arcturians are one with the Universe entirely. Arcturus is one of the most advanced extraterrestrial civilizations in our galaxy.

The Arcturians work in very close connection with the Ascended Masters. The Arcturians travel the universe in their Starships, which are some of the most advanced in the Universe. The Arcturian society is governed by what they call the Elders, the Arcturian Central Conclave. These beings are revered by the people of Arcturus for their advanced knowledge, wisdom, and extremely high vibrational frequencies.

The higher the vibrational frequency, the closer one is to love and light; the closer one is to Spirit. The Arcturians are most gentle, loving and non-judgmental Beings. There is also no sickness/disease on Arcturus, it was eliminated centuries ago. They are propelled by crystals that do not come from that planet but from a planet in the Milky Way that has not been discovered by Earthly scientists. These crystals have a way of conducting light energy from the Great Central Sun.

The Arcturians say that they no longer use computers because they long ago outgrew the need for them. They have other systems that are far more advanced. One section of the starship is a replication of Arcturus. It has the ability to take any crewmember back to Arcturus in his etheric body. This helps to strengthen and rejuvenate crewmembers who are away from home for long periods of time as they traverse the universes.

The Arcturians specialise in specific areas of focus, growth and development, this is often predetermined before gestation to the needs and requirements of the evolving Civilization. Everyone plays their specialised part and they function as a whole, where everyone has access to everyone’s gifts and abilities; there is not individuality like we experience here upon planet Earth at this time, yet everyone fully specialises in their area of expertise and they operate as one Being, one Entity, one Love, one collective Consciousness.

Arcturians don’t eat but are able to ingest energy. The Arcturians sleep for only a short time once a week, but for them it is a sacred time to soul travel and connect to higher realms of consciousness. Another room in the Arcturian starship has a complete data bank containing every aspect of Earth life and of life on other planets as well.

Arcturians are able to ingest information by means of their telepathic abilities and through their nervous systems. This process is similar to ingesting food but it occurs on an energy level. They are able to assimilate information one hundred times faster than the average human being on Earth.

An Arcturian ship has a room that strengthens the vibration of all who enter so they will not be overwhelmed by even the strongest vibrations of Planet Earth. The Arcturians are able to travel through time. They also have shuttlecraft that are global in shape which is used for activating energy points and grids on Earth that have been lying dormant for many centuries.

As it is in giving that we receive, the many Arcturians travelling on Mother Ships within this sector and sectors across the Universe are also learning, growing and evolving and it is part of their education and evolution and ever-expanding specialisation to share/give back, interface and interact and be of service to the greater plan, for the highest good of all concerned.

It is part of the Boötes constellation, pronounced boo-oh-tes, meaning herdsmen. Arcturus is derived from the ancient Greek words “Arktos”, meaning bear, and “ouros,” meaning guardian.

Arcturus was possibly similar to our sun but has now passed the main sequence period of its lifespan. Instead of fusing hydrogen-like our sun, Arcturus is now fusing helium in its core, causing it to expand. Arcturus has a radius of around 11 million miles (18 million km), which is around 26 times the size of the sun. Due to its large size, the star’s luminosity is between 100 to 200 times greater than that of our sun.

As one of the brightest stars in the sky, Arcturus has been significant to observers since antiquity. In Mesopotamia, it was linked to the god Enlil. Prehistoric Polynesian navigators knew Arcturus as Hōkūleʻa, the “Star of Joy”. Arcturus is the zenith star of the Hawaiian Islands.

Interesting factoid: Arcturus achieved fame when its light was rumoured to be the mechanism used to open the 1933 Chicago World’s Fair. The star was chosen as it was thought that light from Arcturus had started its journey at about the time of the previous Chicago World’s Fair in 1893.

The star is 36.7 light-years from Earth, and the light started its journey in 1896

Reproduction on Arcturus is not accomplished in a physical sense as it is understood on Earth.

On Arcturus it is done through a kind of mind link in which the male and female energies are first perfectly balanced, then create a portal in which the new Arcturian being is “incubated”, albeit energetically. Through this procreation process, some kind of electron force flows through the two beings, and it creates another being that is a replica of the link.

Reproduction is an honour on Arcturus and one of the most highly regarded professions. The actual reproductive act is not performed in a physical sense as it is understood on Earth. On Arcturus, it is done through a kind of mind link in which the male and female energies are perfectly balanced. Through this procreation process, some kind of electron force flows through the two beings, and it creates another being that is a replica of the link.

The new life form is then taken to a special room that emanates the proper vibrational frequencies until the being is ready for integration into a family unit on Arcturus. Many beings from Arcturus are seeded onto other planets because the high council has ordered this as a great act.

Arcturians Alien Race have developed the ability to transcend the ego, the separative, lower, fear-based self. Success is judged only in terms of the measure of Light frequency. There are machines on Arcturus that constantly check the vibrational frequencies each individual on the planet is manifesting.

The path to the realization of Source is the goal of every Arcturian and is reflected in every aspect of their society. Arcturians teach that love is the fundamental component of life in the fifth dimension.

The Arcturian society is governed by what they call the Elders, an 11th Dimensional Arcturian group, called also the Oversoul of the Arcturian race. They are respected by the Arcturians for their advanced knowledge of their wisdom, and for the extremely high and refined vibrational energies manifested by them. Some say that they have wings, but some describe them as more like circles of light.

The higher the vibrational frequency, the closer one is to Light, or spirit, or God, according to Arcturian belief. All Arcturians have an identical appearance, and they take pride in this because they have eliminated the tendencies of comparison and envy so present in human society on Earth. Arcturians are the most loving and non-judgmental beings that one will ever encounter among the star races of this galaxy.

2 thoughts on “Arcturians Alien Race – Who and What Are They?”