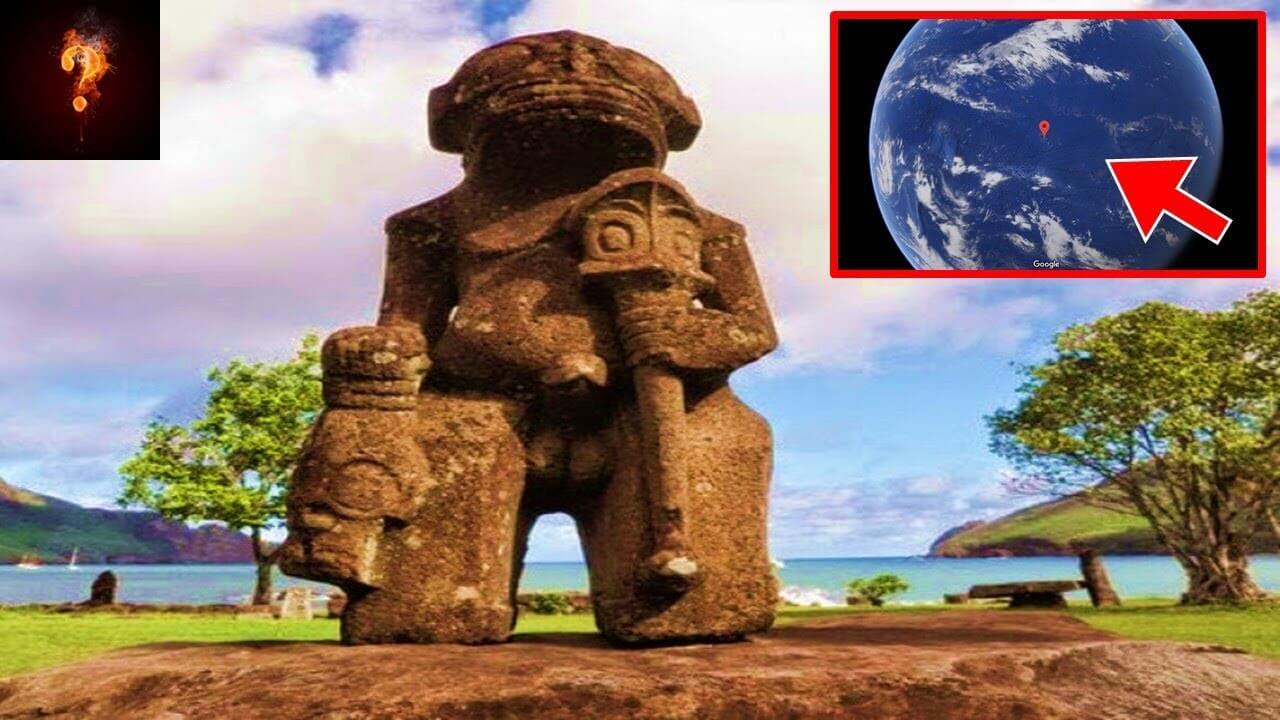 Dotted North to South of the Pacific and Indian ocean.
Is the beautiful sub-region of oceana, known as Polynesia.
Made up of over 1,000 of some of the most beautiful, and indeed intriguing islands…
Some of the most puzzling ruins on earth can be found here, upon some of the most remote islands of this enormous chain.
The most well-known being Rapa Nui, or Easter Island, with its iconic, enormous Moai Statues, an incredible, and extremely remote place. One that was once home to some of the most resilient and luckiest souls on earth…
For to land upon these remote shores, all those years ago, instead of perishing in the deep blue, could be seen as a one in a million-chance occurrence.
Shipwrecked mariners from all over the world, marooned upon an island littered with enormous, unexplainable ancient statues, once hew form the solid bedrock, and moved across the island using as yet, unexplained technologies.
And although Easter island takes up nearly all of the public spotlight, there is another island…
An equally confusing, amazing counterpart…
Known as Temehea Tohua, it is located upon the island Nucu Hiva. The largest of the “Marquesas Islands” within French Polynesia, whose once ancient inhabitants lived within a crater of an ancient volcano upon the island.
Temehea Tohua is littered with puzzling statues, possibly as ancient as the Moai, yet they are clearly of a much more peculiar subject.
The earliest archaeological evidence of human inhabitation of Temehea Tohua, is estimated to be around 2000 years old, yet many suspect these statues may be far older.
An apparent alter for worship of an reptilian deity.
Did the inhabitants of this ancient island once encounter aliens?
Who were these statues intended to depict?
It is highly intriguing that this extremely peculiar island should be found in a similar location to Easter, and although the Moai do appear to be human, we still do not know who, or what, was capable of shifting such enormous lumps of rock all those years ago…
In fact, even with modern technology we cannot shift such statues without damaging them.
Within known human history, Temehea Tohua was the ancestral home of “Queen Vaekehu,” the last queen of the Taiohae, an ancient people who once lived upon nucu hiva.
She successfully reuniting the two halves of a once divided tribe, subsequently becoming their queen.
The Marquesas Islands were settled by Polynesians around 200 BC and have cultural links with many other Polynesian peoples across the Pacific.
Yet the origins of these alien-esque statues remains a perplexing mystery. One which could have real world implications.
Are these really the depictions of ancient aliens?
And if not, why go to such effort in creating them?
Temehea Tohua, is undoubtedly an amazing place, one which deserves, far more attention.