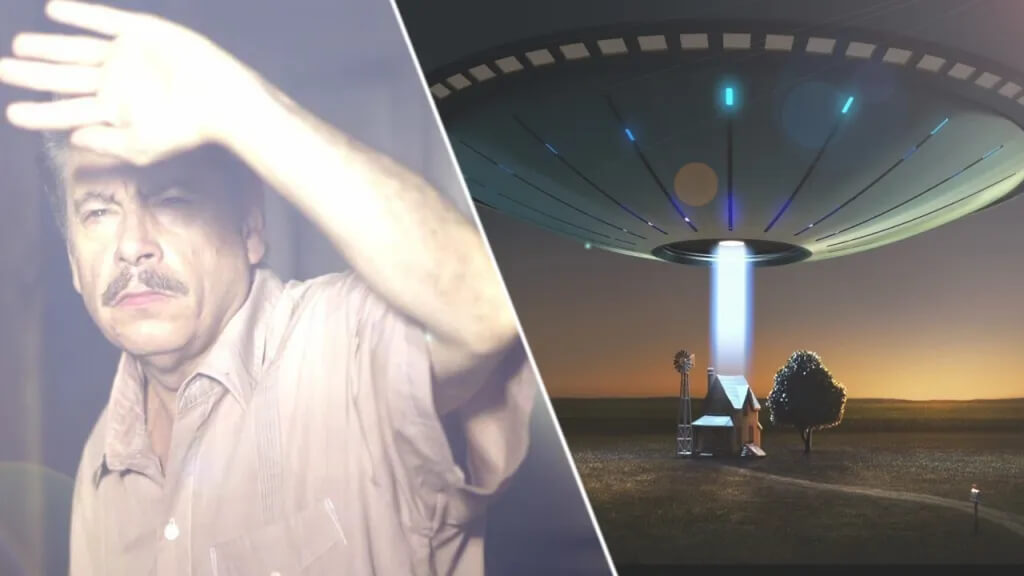 This strange case happened on July 4, 1969, in an area known as Anolaima, located near Bogotá.

People of Anolaima had reported strange UFO sightings few days prior to the incident.

On July 4, 1969, Arcesio Bermúdez was in his country house in the company of several friends and family. There were about 13 people at his house who all stood witness to the strange UFO and the incident which led to the death of Arcesio.

Late at night, everyone in the house noticed a strange small object which emitted a very bright light hovering above their house. The object then began to descend and land on the farm which terrified everyone present there.

Before settling on the ground the object made several erratic movements just above the house.

Everyone was terrified but, Arcesio who was filled up with courage grabbed a flashlight and headed straight for the light emanating from the UFO. Unfortunately for Arcesio, He never suspected that having done this would have fatal consequences.

At a distance of approximately 2 meters, Arcesio spotted a small being inside the ship. The alien, upon noticing the man’s presence, responded by attacking him with a beam of light that made him fly through the air.

After this mysterious event, the days for Arcesio were of agony. He began to suffer terrible pain, in addition to dehydration that consumed him in such a way that he died within the next 5 days of the incident.

Cesar Esmeral, the doctor who treated Arcesio, who became Colombia’s Minister of Health, declared that this was a unique case. Within a few days, before he died, his body temperature was so low that he was surprised he was still alive.

Most surprising were some blood samples that were taken. It was certified that the blood that had been drawn from his veins was crystallized.

The most disturbing thing about the matter is that, after several investigations, both scientific and police, total silence was kept. The case was never made public.

Today, the place is still frequented by ” Men in Black, ” according to witnesses. They have been seen taking samples from the place where the man was crystallized, although the government never ruled on the matter.

Another strange event related to this attack is that it is believed that the crystallized body of Arcesio was extracted from the tomb.

It is extremely strange and disturbing for a man to end up totally crystallized after an alien attack. Obviously, skeptics doubt this story, but the case is still being studied by different researchers.

What do you think? Leave us your opinions.

1 thought on “Arcesio Bermúdez: UFO Attack That Crystallized His Body”