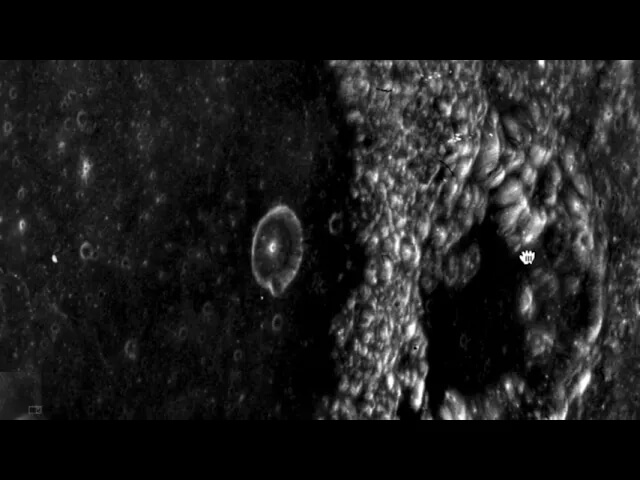 Caught on Camera TV
AN ALIEN base has supposedly been found on the surface of the Moon by conspiracy theorists who believe humans should attempt to contact the occupants of the supposed structure.

UFO hunters believe they have hit the jackpot in the hunt for alien life. The proof comes in the form of a supposed structure found on the surface of the Moon. According to one conspiracy theorist, the structure is a base with beings living inside.

Prominent UFO hunter Scott C Waring was the first to spot the structure, after browsing through a map of the Moon from Arizona State University (ASU).

Mr Waring believes there is an antenna on the roof of the structure, which could be used to contact the occupants of the apparent base.

Mr Waring wrote on his blog UFO Sightings Daily: “Here is an interesting structure sitting inside the edge of a crater on Earth’s Moon.

“I found it in an ASU moon map and it shows a huge structure that looks like a tower with an antenna on its top.

Alien base on the Moon claim by conspiracy theorists who believe ETs could be contacted (Image: UFO SIGHTINGS DAILY)

“The structures foundation is built around the unevenness of the crater floor and I coloured it yellow to make it a bit more easy to see for some people.

“Now if we just attempt to send a radio wave message to the moon using radio telescopes, microwave transmissions, laser communication beams, then we would meet and greet our alien friends on the Moon soon afterwards. Success would be inevitable.”

While there are elements of the supposed structure which do look intelligently designed, chances are that is merely a coincidence.

Instead, the object in question was likely caused by a meteorite.

The Moon is constantly being bombarded by falling space rocks, and as it barely has an atmosphere, there is nothing to protect it from falling rocky debris.

This means a meteor just a couple of inches wide has the potential to cause an impact crater.

Rather, Mr Waring probably sees a base due to an effect known as pareidolia.

This is where your brain sees familiar patterns in something which is not there.