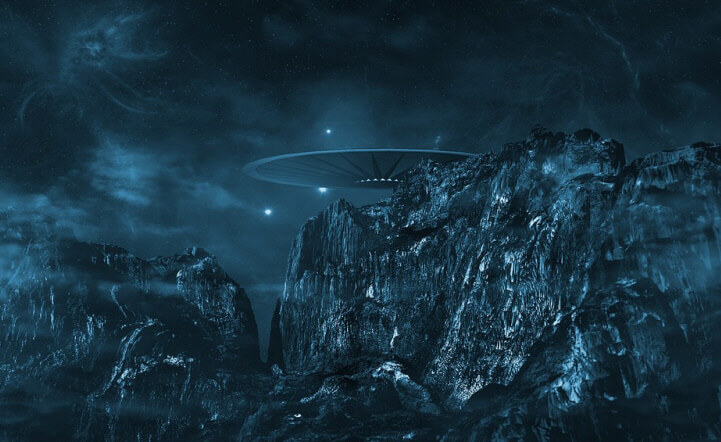 In the early 70s, CIA with the support of the University of Stanford, launched an espionage project based on remote viewing with the code name Project Stargate. Individuals with the ability of remote viewing were assigned to discover secret locations of other countries that could be of interest to the US government. Surprisingly, the remote viewers were able to locate four UFO bases on our planet.

The objective of the experiment which lasted until the 90s (according to available information; maybe it was never terminated), was to mentally guide remote viewers to a specific part of the planet and request them to discover details that could be of use to the US government. Specifically the CIA was initially targeting the Soviets and later other countries that were considered a threat. They wanted to discover intelligence regarding military bases and geostrategic and political decisions.  Apparently, the project was delivering useful information to the CIA.

One of the remote viewers in the project, Lieutenant Frederick Holmes, was given the task from the director of the CIA (James Schlesinger) to investigate the details on potential subterranean UFO bases on four specific locations on the planet. One of the locations given for investigation was Monte Perdido, a mountain in the Spanish Pyrinees close to the borders with France. Through remote viewing, Holmes detected that the base was protected by a belt of presence detectors. The aircraft at the base were using a type of electromagnetic propulsion system.

The next location was Mount Nyangani in Zimbabwe. According to the results from remote viewing the location served as a technological and maintenance center for the UFOs. In Mount Hayes, Alaska, the remote viewers discovered what they described as a center of geophysics research that included various equipment and antennas. They also pointed out that the base was located near a HAARP (High Frequency Active Auroral Research Program) base. In the last location, situated in Mount Ziel, Australia the viewers identified three types of personnel. Also they were able to identify that the base was near the Alice Springs HAARP facilities and the top secret military base of Pine Gap. The investigators concluded that there was some type of relation between the alien subterranean bases and the HAARP centers.

Recently, the CIA declassified and disclosed documents from the Stargate Project. As expected they do not speak about alien bases but rather mention that the project’s objectives were to test the validity of remote viewing. The official story was that the project was proved to be fruitless, and the CIA closed it down in 1995.