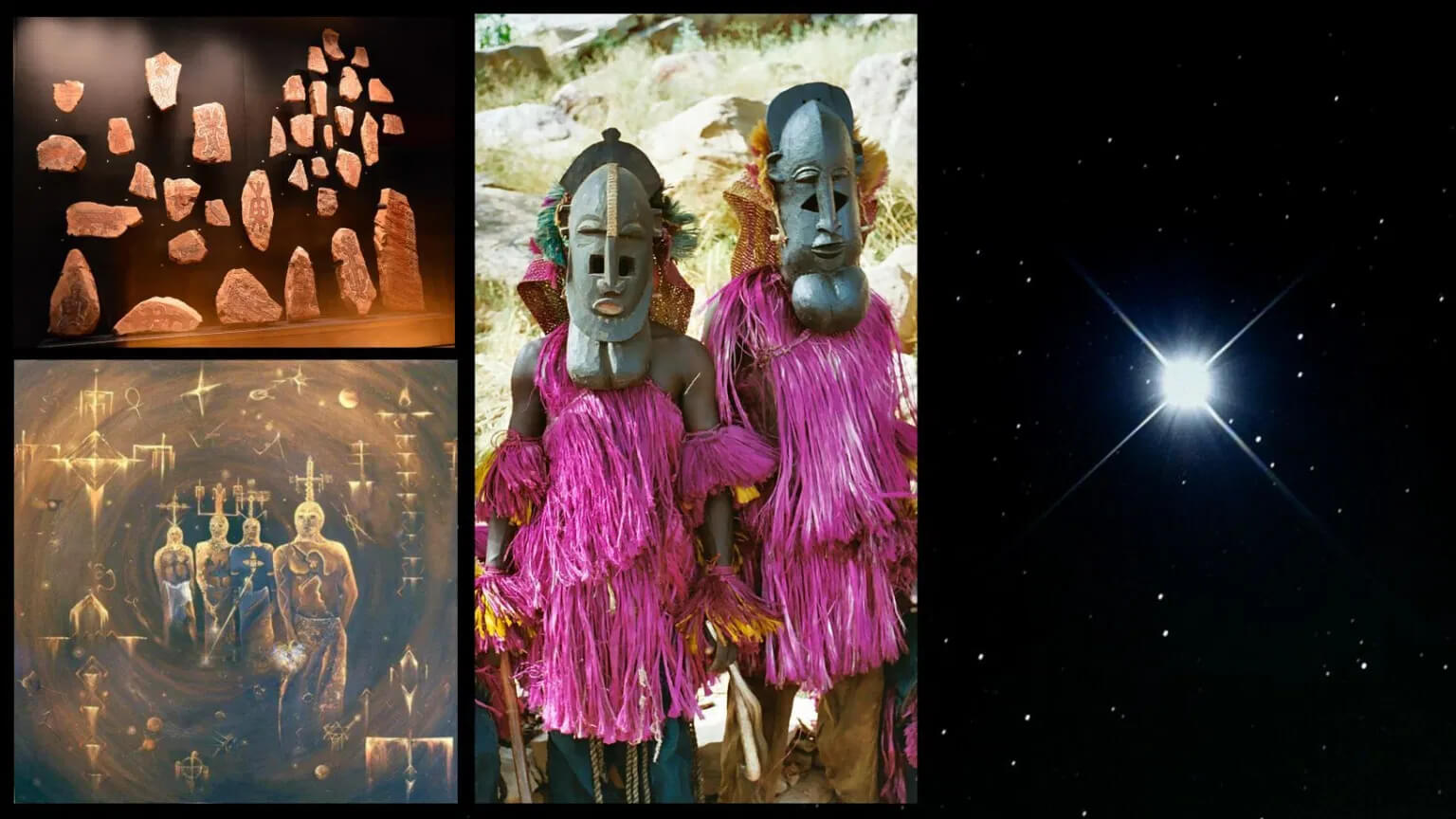 On every continent, there are cultures and rituals showing such knowledge that arises questions which still need the descent answers. Every time we get surprised more than more after seeing the knowledge of our ancient ancestors ― the knowledge that they had no way to acquire at the time. In this context, “the Dogon tribe of Africa and the Sirius mystery” is significantly one such paradigm.

Sirius ― that comes from the Greek word “Seirios” which literally means “glowing” ― is a wondrous star system, being the brightest star in the Earth’s night sky that notably appears across the southern sky on winter nights. This beautiful glitter is also known as the Dog Star.

Actually, the Sirius star system is made of two consisting stars, the Sirius A and the Sirius B. However, Sirius B is so tiny and so close to Sirius A that, with the naked eyes, we only can perceive the binary star system as a single star.

The little star Sirius B was observed for the first time in 1862 by an American astronomer and telescope maker Alvan Clark when he peered through the largest telescope at that time, and spotted a faint point of light, being 100,000 times less bright than the star Sirius A.

Though, it was not possible to capture the tiny star on a photograph until 1970. The distance separating Sirius A from Sirius B varies from 8.2 to 31.5 AU.

Basically, these were enough details to introduce you to the Sirius Star System. Now let’s come to the point.

Anthropologists Marcel Griaule and Germaine Dieterlen and the Dogon tribe

A few decades ago between 1946 and 1950, two French anthropologists named Marcel Griaule and Germaine Dieterlen studied on four related African tribes who live in the south of the Sahara desert.

The two scientists lived mainly with the Dogon people and inspired such confidence that four of their Head Priests or so-called “Hogons” were persuaded to reveal their most secret traditions.

Eventually, Marcel and Germaine earned so much respect and love from the Dogon tribes that when Marcel died in 1956, more than 250,000 Africans from that area were gathered in the final tribute at his funeral in Mali.

The incredible astronomical knowledge of the Dogons

After drawing some unknown patterns and symbols in the dusty soil, the Hogons showed the secret knowledge of the universe that they inherited from their ancient ancestors, and which was going to be proved as incredibly accurate within some years.

The focus of their attention was the brightest star Sirius and its white dwarf Sirius B and they knew that it is invisible to the naked eyes as well as they had knowledge of its many unfamiliar characteristics.

The Dogons knew it was actually white in color and was the smallest component in there, they even asserted that it was the heaviest star with a great density and gravitational force.

In their words, the star Sirius B was made of a substance that is heavier than all the iron found on this Earth ― later scientists were shocked to find that the density of Sirius B is indeed so great that a cubic meter of its substance weighs around 20,000 tons.

They also knew that it takes 50 years to complete a single orbit around the Sirius A and that the orbit is not circular but elliptical true of the movement of all celestial bodies, and they even knew the exact position of Sirius A within the ellipse.

Their knowledge of astronomy significantly was no less astonishing. They drew the halo that surrounds the planet Saturn, which is impossible to detect with our normal eyesight. They knew about the four predominant moons of Jupiter, they knew that the planets revolve around the Sun as well as they knew very well that the Earth is spherical and it’s spinning on its own axis.

More surprisingly, they were sure that our galaxy the Milky Way is in a spiral-like shape, a fact that was even not known to the astronomers until to this century. They also believed that their knowledge was not obtained from this world.

The Dogon tribe and the visitors from the star Sirius

According to one of their primitive legends which is believed to be several thousand years old, a race called the Nommos (who were the ugly amphibious beings) once visited the Earth from the star Sirius. And the Dogons learned all those astronomical knowledge from the Nommos.

To make things even stranger, they all considered the Nommos as the extraterrestrial visitors who had came from the star Sirius instead of believing them as Gods or other such kinds of supernatural figures whom the ancient cultures used to worship.

To say, whenever we had found a new thing in our modern era, astonishingly we also found that it somehow comes out of our past. It seems like our modern days have been spent many times in this world or somewhere else previously.

There is a non-fiction book named “The Sirius Mystery” based on this topic of the star Sirius mystery and the incredible astronomical knowledge of Dogon people. It was written by the renowned American author Robert Kyle Grenvilli Temple and was first published by St. Martin’s Press in 1976.

The Dogon tribe and the visitors from the Sirius star