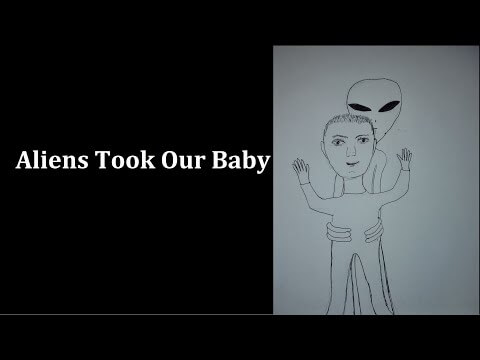 Preston Dennett
In January 2006, a young couple, Charles and Maria (pseudonyms) moved into their new home on the east coast of Canada. They were quite busy with moving in, repairing the house, starting a new business and dealing with red-tape from the Canadian government about insurance and other issues, when they became pregnant. While they had been hoping to start a family, they wanted to settle in first. Still, it was good news and quite exciting for them both. They went to the doctor, verified the pregnancy and hired a midwife. They informed both their families of the happy news, and transformed one of the rooms in their home into a nursery for the baby. The pregnancy proceeded smoothly. They visited the doctor and midwife regularly. At around three or four months, both Maria and Charles felt the baby kicking and squirming. Her belly grew larger and larger. Thankfully, she only suffered a minor case of morning sickness. Then in July 2006, about seven months into the pregnancy, something strange happened. They were driving to their friends’ house to attend a dinner party, and somehow became lost and disoriented. To their shock, they arrived at their destination far sooner than they should have. But unable to explain it, they just ignored it and moved on with their lives. Other than the baby moving into a breech position, the pregnancy was still going fine. Their midwife prescribed exercises to help encourage the baby to move into the proper position for birth. Then, two weeks later, on August 2, 2006 (at seven and a half months pregnancy), they went to sleep and awoke to a violent electrical storm over their house. The bolts of lightning were massive and quite unusual, traveling horizontally across their backyard. Frightened for their safety, Charles jumped up and closed the window. The next thing they knew, it was morning. That was weird; neither could understand how they fell asleep so quickly. Both Charles and especially Maria felt a bit dazed and groggy. Maria felt almost as though she had been anesthetized. And looking down at her belly, she was shocked to see that it had shrunk in size. Not only that, she no longer felt pregnant. She told her husband, who said that perhaps the baby had moved away from a breech position. Maria hoped that was the case, but she didn’t think so. She also noticed three strange puncture wounds in a triangular position on the arch of her foot. Concerned, they went to see their midwife. To their dismay, the midwife was unable to detect the baby’s heartbeat and urged them to visit their doctor immediately, which they did. The doctor ran some tests and then told them the devastating news: Maria was no longer pregnant. Charles and Maria were shocked and began crying. There was no explanation. She had not had any problems. There was no miscarriage. Blood tests had confirmed the pregnancy. They both had heard the heartbeat numerous times. Not only that, they felt the baby kicking. Still, the doctor told them that she was not pregnant, and that perhaps there had been a mis-diagnosis. Neither Charles nor Maria believed this to be the case. Thus began a search for answers, but there were none. The only explanation that they could find was the “missing fetus syndrome.” They learned that women who had experienced UFO encounters sometimes lost their babies under mysterious circumstances. Could this be what happened to them? Examining their past, they found several clues. Charles had seen UFOs, and so had his father. Maria reported dreaming about “light beings” and on a few occasions had actually seen them in her bedroom. Then there was that weird incident on the way to their friends’ house. The problem was, most of the cases they found occurred at three or four months. They were seven and a half months pregnant! This video presents the story and Charles and Maria and their experience with the missing fetus syndrome. While they can’t prove that aliens took their baby, neither of them can find any other explanation. It’s an important case that illustrates one of the ET agendas involving human reproduction.