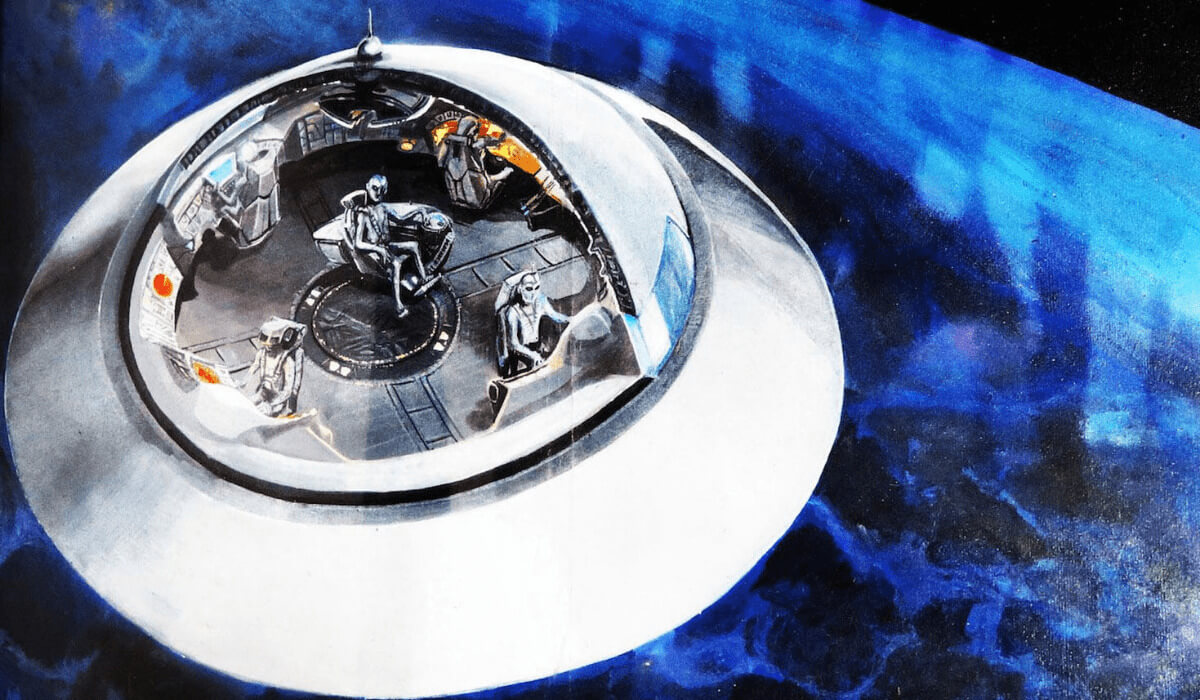 For 20 years, people have been visiting the remote Buddhist temple on the Khao Kala hill in Thailand. They come here not for worship but to communicate with aliens. Some people believe that aliens from Pluto or from other planets in the Milkyway travel through a wormhole, hiding in the place that allows them to contact people.

It all started in 1997 when local resident Cherd Chuensamnaun came to this temple to pray and meditate in front of the Buddha statue in the courtyard. And suddenly, during the meditation, he came into telepathic contact with beings who said that they live on other planets.

When shocked Cherd told his relatives and the inhabitants of his village about what had happened, they did not believe him. But a year later, thousands of people witnessed a saucer-shaped UFO flying in the sky nearby.

Cherd died in 2000, but his daughters founded a Khao Kala group who believes that the area is influenced by some kind of supernatural powers or aliens. Through meditation, they learned many details about the aliens.

In 2015, Somjit Raepeth, daughter of Cherd Chuensamnaun and also a member of UFO Khao Kala reported that she directly had seen a group of aliens on the Khao Kala hill. The crowds of curious people rushed to the temple to communicate with the aliens.

Wassana Chuensamnaun, a lead campaigner for the extraterrestrials said that two races of aliens communicate with people on Khao Kala, one group from Pluto, the other from a planet somewhere in the Milky Way, called Logu Kata Paka Tigong. Plutonians do not have a physical body and are composed of energy. The inhabitants of Logu have a physical body and they have very advanced technologies.

The Plutonians worry about destructive things that are happening on Earth, wars, environmental problems. All of this greatly affects our planet. They also want to give some people the opportunity to communicate with them to get to know people better. And if people ever destroy themselves in a nuclear war, the aliens will be able to help them restore human civilization.

Wassana does not know from where exactly the inhabitants of the planet Logu communicate with people. They only said that their planet is orbiting a star in our own galaxy.

Some of the messages from the aliens are prophetic and very frightening. Some time ago, aliens told someone that World War 3 will begin in 2022.

After that, the flow of people wishing to come here and meditate to communicate with aliens increased even more.

In August 2019, the police came to the temple, as those wishing to meditate at the statue of Buddha pitched many tents right next to the protected forest area and wanted to organize a large mass gathering there.

According to Wassana, meditation and communication with aliens endowed her with the ability to “travel through space and time” using the power of her mind.

At present, there are 100 permanent members of the Khao Kala Society. They wear white robes and most often come to pray and meditate at the Buddha statue on the top of the hill.

One of them, resident of Bangkok Ploy Buranasiri, has been coming here for 9 years. She said that she had repeatedly seen UFOs and aliens.

Another member of the community, 32-year-old Sukwasa Mukprom was there more than 10 times in the past year.

“I want the aliens to send me the power to make me brave,” she said.

In addition to the information about the impending war, the Plutonians also scare people with various environmental catastrophes and natural disasters, but no details about them are indicated in the press.