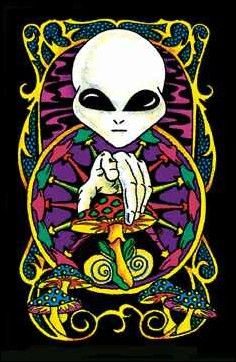 A study report published in the journal Astrobiology and Space Science has claimed to have discovered alien life on Mars. The study report states that mushroom-like objects can be seen oriented towards the sky, and researchers believe that the alleged living beings are showing        typical behaviors of mushrooms that grow on earth.

Biological causes behind these alien mushrooms

In the study report, the researchers revealed that non-biological presence could not explain the presence of the structures on Mars. They also claimed that the ‘puffball-shaped’ objects could be the result of a biological process.

Even though the study report was initially published in 2019, researchers have now revised their claims, and made it clear that their findings are not conclusive proof of alien life, but can be considered as a stepping stone for future research as humans are vigorously searching for extraterrestrial life on the Red Planet.

“There are no abiogenic processes that can explain the mushroom-morphology, size, colors, and orientation and growth of, and there are no terrestrial geological formations which resemble these mushroom-lichen-shaped specimens. Although the authors have not proven these are living organisms, the evidence supports the hypothesis that mushrooms, algae, lichens, fungi, and related organisms may have colonized the Red Planet and may be engaged in photosynthetic activity and oxygen production on Mars,” read the study’s abstract which is published in Research Gate.

Jim Green is a chief scientist at NASA, and he strongly believes that alien life forms, at least in its microbial form will be discovered by 2021 on Mars. However, Green claimed that the world is not enough prepared to accept the reality of extraterrestrial existence.

Green also revealed that the discovery of alien life could be revolutionary and it will open a whole new line of thinking. Green is one of the key personalities behind the NASA mission that will start drilling on the Martian surface in 2020. NASA’s Mars 2020 Rover will collect samples from Mars, and the testing will be completed by 2021. Green predicts that the testing of the samples will provide vital clues behind the existence of alien life on Mars.

This a great topic to read or listen to.  Below is a button you can listen to. Hope You Enjoy ! Go Q !!!