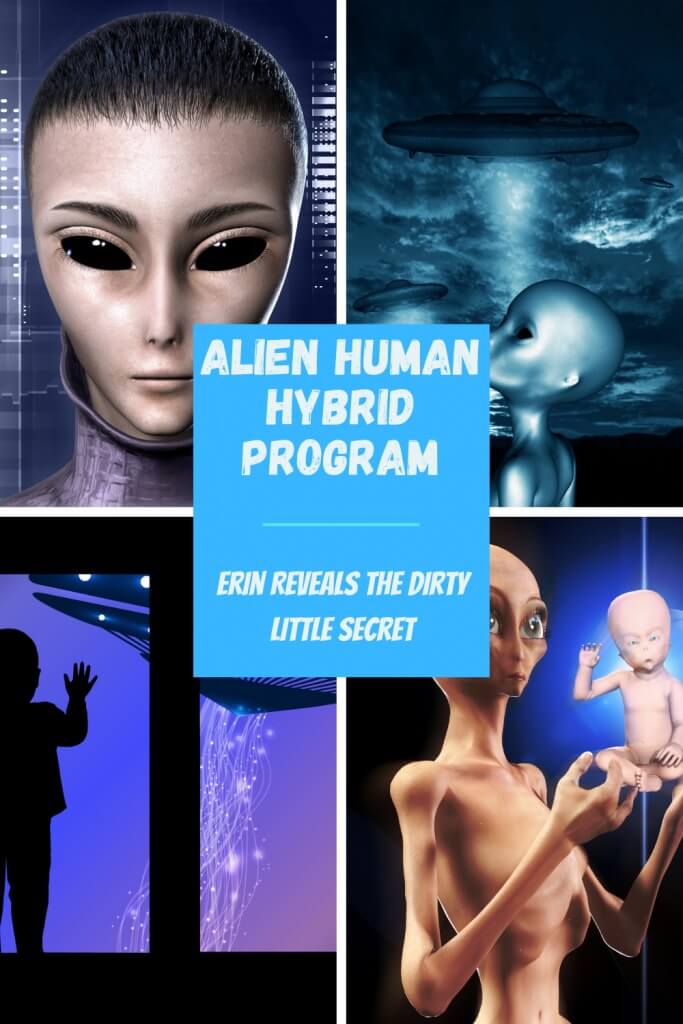 Suspicions of an alien human hybrid program have abounded for a long time in the ufology community.

Erin Montgomery used to wonder why she was experiencing pregnancy symptoms all the time.

At age 43, she felt excited about the prospect of having another child but also balked at the thought of giving birth in her forties. After all, she already had two beautiful daughters who fulfilled her parental needs.

In fact, this is something she had wondered about for many years but had never received an answer to.

Erin Montgomery has been a lifelong experiencer. In fact, she is part of a four generational family of contact experiencers.

Since childhood, she suspected she was different but it wasn’t until well into her twenties when she realized the truth.

Her first known memory was when she was just four years of age. It is a little scant but she clearly remembers being on an alien craft and meeting another little boy who was walking by.

Over the years, strong memory hints like this continued to pervade her thoughts.

In a recent interview with Aliens Revealed Live, Montgomery said she knew other families who have been targeted for at least four generations.

“I think that we’ve been monitored for a very long time and things have been altered and changed”.

“I believe that we’re drawn to be with certain people so that we do feel. To feel love and then you have children but it may not have been our original ideas. A lot of that is planted in our minds”.

“And it’s like a piecemeal. We want this person to breed with this person so we can have this child with these particular genetic markers”.

“But I think it also plays into a higher level of genetic manipulation where they are breeding hybrid children with several of these families outside of just regular human birth cycles”.

“I have two physical children. I have two beautiful daughters, but I also know I have many other children that I see on occasion”.

Montgomery says she’s not sure what eventually happens to these hybrid children but her job as a parent doesn’t end at just giving birth.

“And I have been on ships many times with my own children. Playing in loving and tender moments and getting to know them a little bit”.

“But it’s just brief…it’s brief and not enough. And it also is a very strange disconnect”.

Montgomery details her entire experiences in her book, Dirty Little Secret: Confessions of an Alien Contactee.

If you are plagued by memory flashes that don’t make sense or have been afraid to talk to anyone about, read this book.

Montgomery says she has finally “plucked-up” the courage to share her story in the hopes others will be encouraged to do the same.

She says she wants to normalize alien contactee experiences and fully embrace her life in this realm.

In the following fascinating interview excerpt, Montgomery talks about her experiences as a contactee.

She gives vivid details about her time on ET craft and the different type of races working together on an alien human hybrid program.