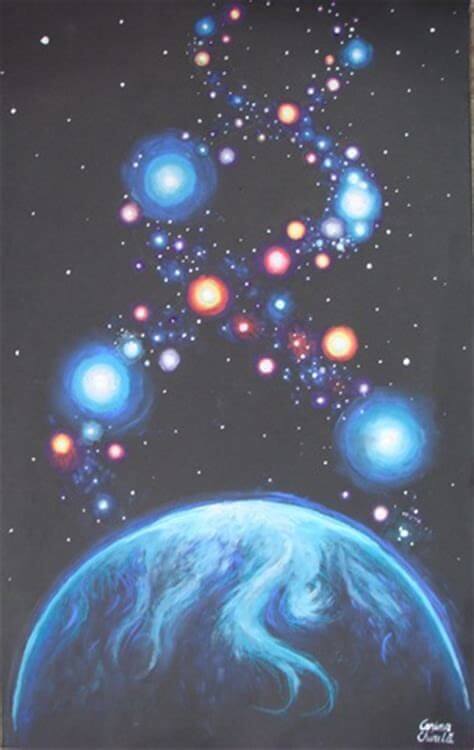 Scientists in Paris, France have discovered a microbe that is unlike any other organism but shares the same DNA as life on earth, in this clip’

Aliens could be the evolution of humans trillions of years ago from another Galaxy and us earthlings are just only scraping the tip of ice berg. Maybe aliens are Ancient humans.

Researchers who worked for 13 years in the Human Genome Project indicate that they came across an amazing scientific discovery: They believe that the so-called 97% of non-coding sequences in the human DNA is nothing less than the genetic code of extraterrestrial life forms. Originally referred to as “Junk DNA” its function remained a mystery for researchers. Now researchers believe that our DNA is extraterrestrial in origin.

After extensive analysis with the help of other researchers in diverse fields such as mathematics, chemistry and programming, Maxim A. Makukov of the Fesenkov Astrophysical Institute have ventured out and asked if there is a possibility that, what we call “junk DNA” is actually some sort of extraterrestrial code, created by an “Alien” programmer.

According to researchers from Kazakhstan, “Our hypothesis is that a more advanced extraterrestrial civilization was engaged in creating new life and planting it on various planets. Earth is just one of them.”
The researchers indicate that “What we see in our DNA is a program consisting of two versions, a giant structured code, and a simple or basic code.”

The team of researchers believes for a fact that the first part of our DNA code was not written on Earth and according to them it is verifiable. Secondly and most importantly, genes alone are not enough to explain the evolution/abrupt evolution process and there must be something more in ‘the game’.

According to Makukov “Sooner or later,” “we have to accept the fact that all life on Earth carries the genetic code of our extraterrestrial cousins and that evolution is not what we think it is.”