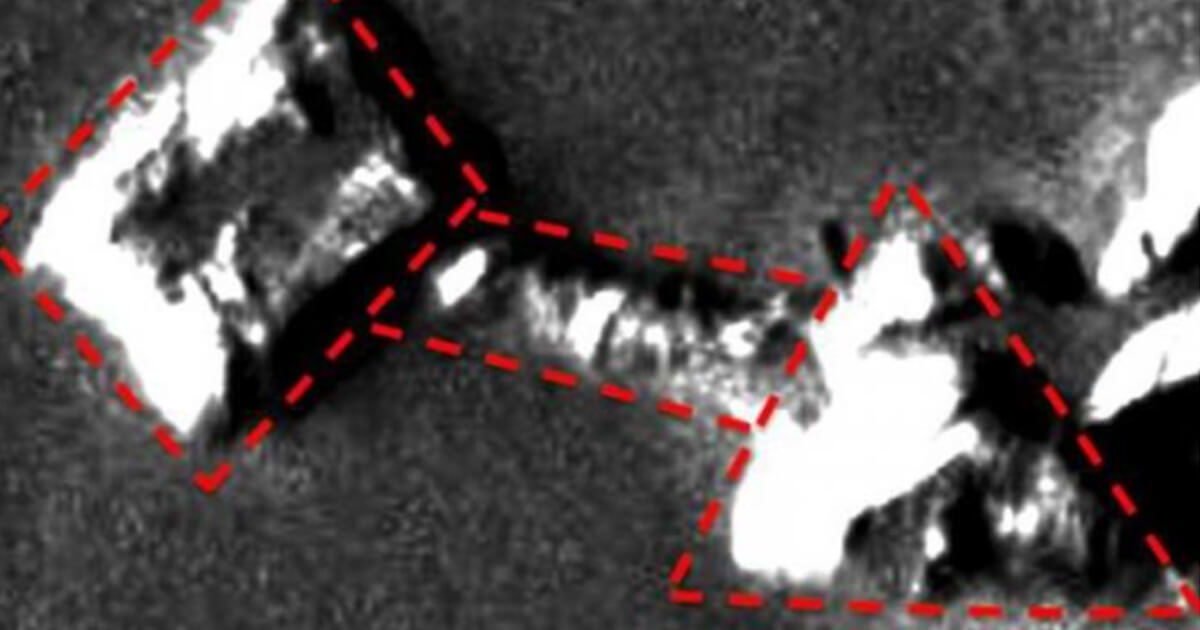 Scott Waring, a well-known Taiwanese ufologist, recently re-examined photographs of Mars taken 17 years ago by NASA’s Mars Odyssey orbiter and discovered something that piqued his interest. A specialist noticed a flat Martian landscape in aerial photography taken by a probe on June 2, 2002, in the midst of which stands a curious object that looks like a man-made structure and stands out against the desert backdrop. Scott emphasizes the proposed structure’s square and triangular components, which are connected by a “tunnel.” This is a large base constructed on a distant celestial body by members of an extraterrestrial civilization, according to the find’s author. According to ufologist, the US National Space Agency tries to eliminate certain objects from its images, but sometimes, as in this case, NASA censors skip these anomalies, and raw images of Mars end up on the Internet. According to Scott Waring: “Want to see what the ancient bases on Mars looked like? This picture, which I found on NASA’s official website, should pique your interest at least partially. The image depicts a rectangular and pyramidal structure with a tunnel between them. Since the Martians were unable to travel freely on their planet’s surface due to cosmic radiation, they were forced to build certain structures here. I’m sure there are a lot of them on Mars, but NASA is unlikely to show us more than a hundredth of them so we’d have to rethink our whole view of space, aliens, and, eventually, Earth.” Of course, these are all speculations, but who knows, maybe they’re right.