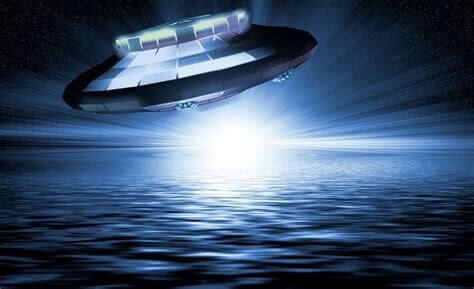 Husband and wife Betty and Barney Hill claimed to have been abducted on a lonely road in New Hampshire in September 1961. And their claims were met with intrigue from some and outright ridicule from others. There were several investigations of the case, though. As well as a string of hypnotic regression sessions. Opinion remains divided as to the credibility of the account still today.

Under one of these regression sessions – and of interest to us here—Betty makes reference to the strange craft she and her husband had just boarded “entering the water”. She even asks herself out loud (while under hypnosis) if theses strange objects actually went underwater.

It is a detail that has largely been missed aside from some several eagle-eyed UFO researchers. If Betty, and her husband, were taken under the water after entering the strange otherworldly craft, then it changes, if only slightly, the nature of the encounter.

Betty Andreasson Taken To A “Museum Of Time” Under The Water!

Betty Andreasson claimed she had not only been abducted on one occasion but on several. And what’s more, these encounters went back to when she was a young child. One of these early encounters took place in 1950 when Andreasson was taken from her home. She would soon, though, find herself placed on a wheel-like vehicle that seemed to fly of its own accord. The next thing she knew it entered the waters somewhere off the coast of the United States.

Even stranger, this underwater vehicle took her to a large aquatic base. One there, she was taken through what she would later describe as a “museum of life”. She would claim this held examples of human beings in strange glass containers from all different eras of history.

As we might imagine, this encounter as well as others made by Andreasson are treated with a pinch of salt by many. However, several notable UFO researchers have examined and investigated her claims, which remain some of the most debated in the UFO community.