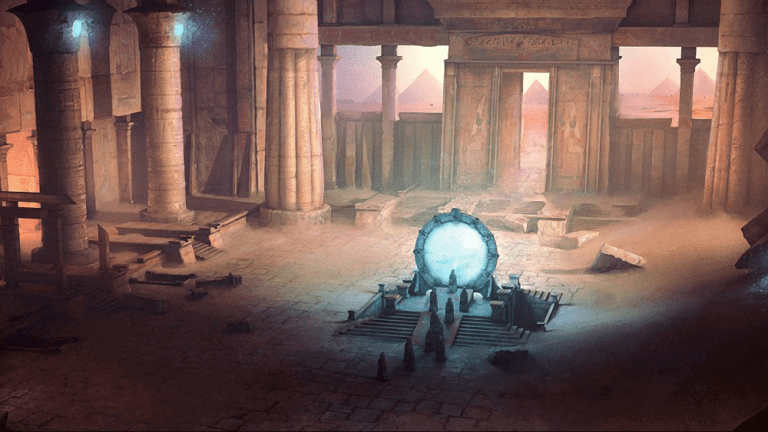 Many experts agree that the ancient Sun Temples of Abu Gurab were used to house a Stargate of some sort that would be capable of contacting ancient deities or ancestral aliens of some sort.

This is oftentimes referenced in the ancient Egyptian texts that were uncovered inside of the temple.
Since they are around 15 or so kilometers away from the Giza pyramids and a part of the Abusir pyramid complex, the Solar Temples are definitely sketchy, to say the least.

Niuserra and Userkaf, the two ruins that were discovered in the same general area have been excavated officially between the years 1898 and 1901 by Ludwig Borchardt and Heinrich Schafer.

They are extremely well preserved but what’s even more impressive is the 70 meters tall obelisk that has been discovered inside.

It is believed to be a stargate of some sort as its frontal altar is known to have a hypnotic geometric design which is often referred to as a result of sacred geometry. It dates back to 2,400 BC and it appears to have been built in the name of Ra, the Sun God.

Ancient texts tell us how the ancient civilization attempted to mentally transcend to another point of reality where they could make contact with the Neters, the extraterrestrial beings that were believed to have originally built the stargate on Earth.