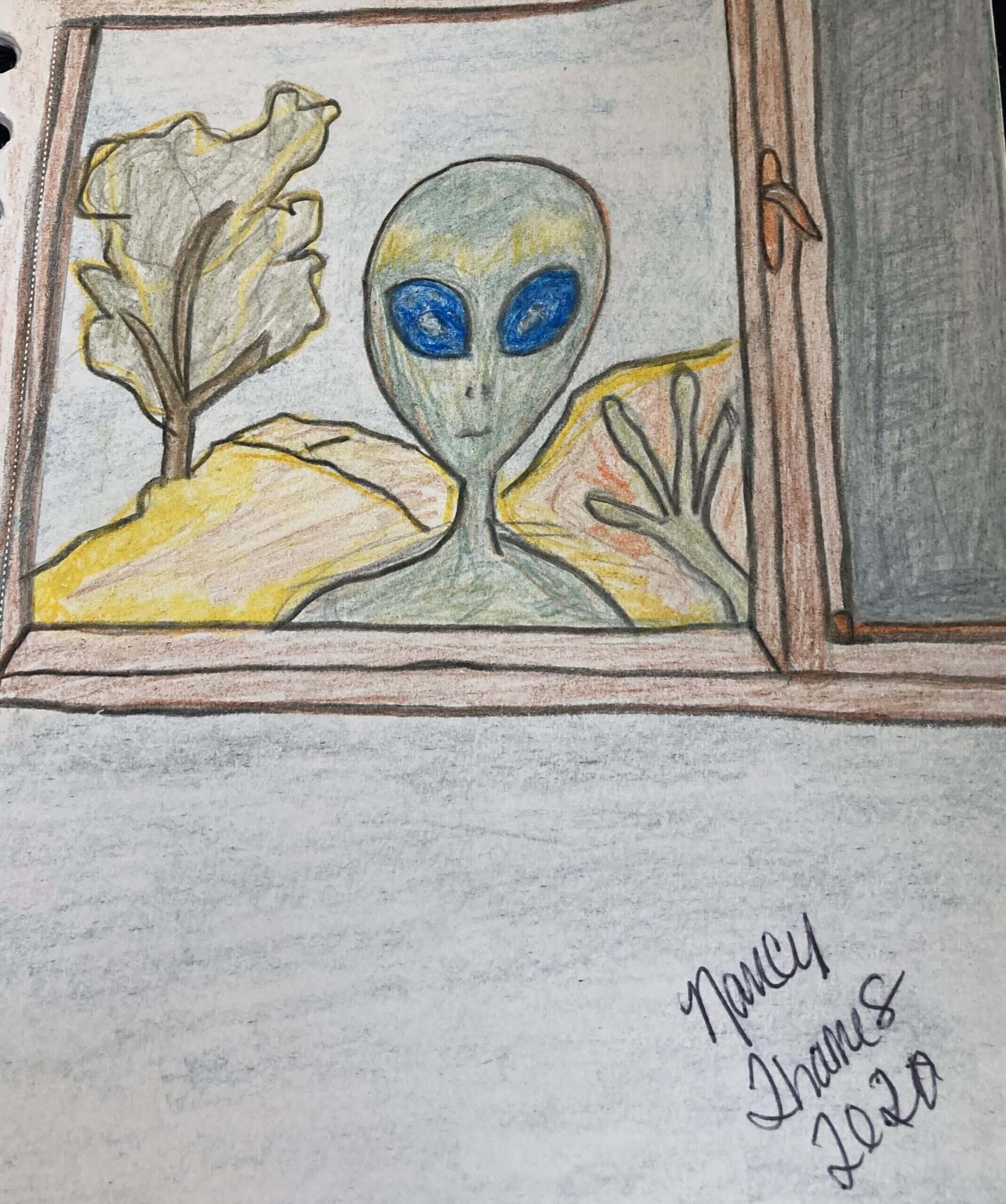 A Day with an Extraterrestrial is a story about ongoing Alien abductions that have remained hidden and unknown by most of the human population on Earth. Abductions and visitations by Alien beings have occurred throughout history and have become more frequent in modern times as humans are bombarded by ever-increasing amounts of technology; technology that has drastically change humankind from a low-tech pastoral existence (horse and plow) to a Space Age existence in less than a hundred years. The rapid and drastic change in technology over the last hundred years fell into place seamlessly, taking place with little notice or much distraction as if it were a natural human progression; a process that happens throughout the galaxy on other similar planets under similar circumstance and unfolding as blossoms on a cherry tree; most blossoms will produce nearly exact cherries, so too the many planets blossoming on the branches of the Milky Way Galaxy. Alien abductions happen in many places and in various ways for numerous reasons while the abductees rarely if ever know that they have been taken by extraterrestrial beings and placed into UFOs and tampered with. Extraterrestrials use technology that is far superior to any technology humans are in possession of, and can abduct people as easily as humans capture, sedate and manipulate animals for various reason and then turn them loose, with the animal never knowing that they were tampered with. The story is about the abduction of a man who is taken on a journey to a space city near the sun where other abductees are and is exposed to fantastic realities that are usually only found in science fiction novels, writes Baldin. The space city is like a grand central station where large cylinder type ships ferry humans and other type beings to the furthest reaches of the solar system, where reside utopic cities in orbit around the gas giant planets Jupiter, Saturn, Uranus and Neptune. Some cities appear as moons, and some moons harbor cities hidden within them, claims Baldin. Baldin states that he was made aware by his captor/companion that in a former life he once lived in one of the cities that orbit around the planet Uranus, and chose to come to Earth and be involved in a project that was administered by the beings from that city. According to Baldin all of the technology on Earth came from such places in the solar system and was/is provided by highly advanced beings in a scheme to facilitate humanity’s progression into the next millennium. Earth’s population explosion will continue and the technology for larger and more efficient infrastructure to handle the increased population on this planet and the eventual human expansion into Space is orchestrated by various and competing overlords of this solar system, claims the author.