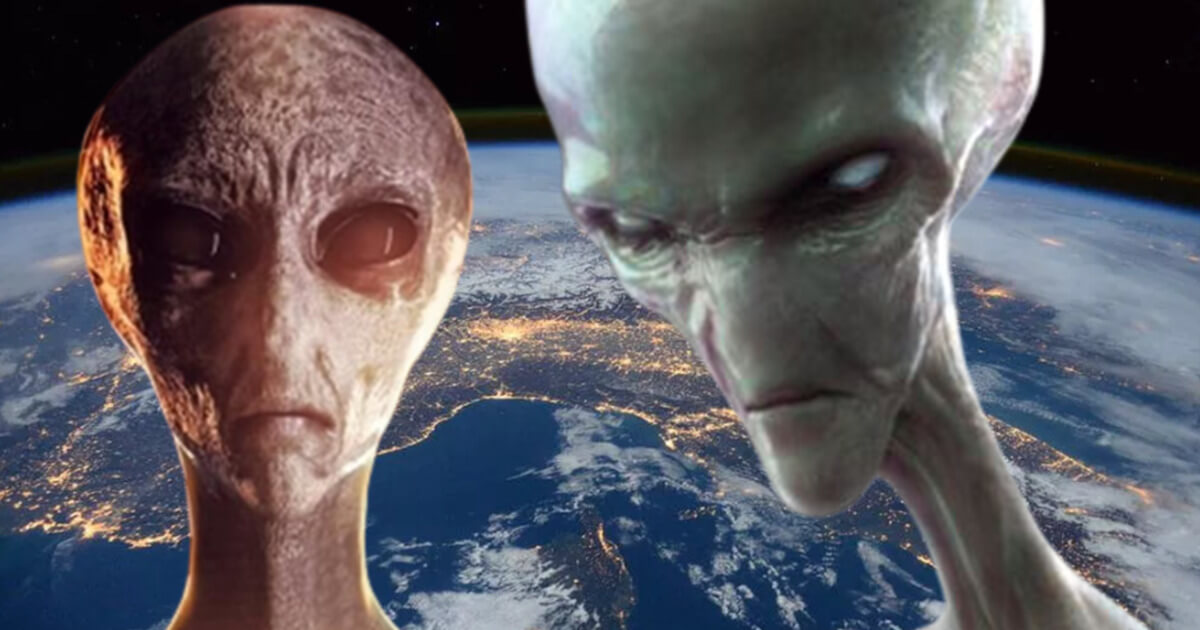 Hundreds of sightings, abductions, and first-hand reports have allowed scientists to discriminate between many extraterrestrial races that have collaborated with military forces to choose our fate without consulting us. All of these beliefs were based on historical documents, mythology, abduction survivors, and other sources. The ones we could discover that were the least obscure are listed below.

The Grays, also known as the Zeta Reticulums, are some of the most well-known aliens and are frequently represented in extraterrestrial pop culture. They are the ones who are responsible for the majority of extraterrestrial abductions.

They stand 3 to 5 feet tall, with bulbous heads, and large black eyes, according to most reports. Although they have a mouth, they rarely talk because most communication is done through telepathy.

The Tall Grays are supposed to be in charge of the short Grays, who are a genetically created labor race. They may form a kind of hive mind awareness thanks to their telepathic skills.

The short Grays are soulless and ruthless since they were genetically built to carry out scientific tasks. They’re also the ones that created the human-gray hybrid race.

The Sirians, who hail from the Sirius B star system, are as sophisticated as they are old. They have passed on their wisdom to human civilizations of their choosing throughout history.

They provided medicinal and astrological knowledge to the ancient Egyptians, and it is claimed that they assisted in the construction of the huge pyramids and temples.

The Mayans had a particular relationship with the Sirians, who exchanged knowledge with this mysterious South American civilisation. The extraterrestrials from Sirius B are said to have played a role in the Maya’s departure.

The Atlanteans were another terrestrial civilisation that benefitted from the Sirian presence; it is said that the Sirians were crucial in guiding the rescue missions during the cataclysmic catastrophe that sank Atlantis.

The Sirians impacted other civilizations, the Dogon tribe of West Africa being the most prominent example. Although they were more active in the past on our planet, the Sirians today play a more subdued role in technology exchange programs. They’re frequently referenced in the context of clandestine or unusual weapon research, as well as time travel experiments.

The Gray Masters are the ambassadors of most encounters between human and extraterrestrial armies, standing 7 to 8 feet tall. They are always present at any worldwide shadow government diplomatic accords.

They are said to come from a star system in the Orion constellation, according to sources. The Tall Grays are in charge of all abductions and human experimentation, but they are rarely present during them. They like to use the Short Grays, who are their servants. They appear to be focused on creating a stable human-gray hybrid species worthy of inheriting Earth.

They are a technologically advanced, self-centered species who place little importance on human life. They see us as their own property.

These reptilians are claimed to be native to Earth, and are frequently mistaken with the Alpha Draconians’ warrior caste. According to the limited knowledge known about this race, they were initially left behind by the Alpha-Draconians on their mission to settle Earth.

They’ve been interacting with us for thousands of years, occasionally assisting us, but more often than not treating us as a commodity. They are present in nearly every facet of human existence and hold positions of authority.

Reptilians control our institutions and organizations by manipulating our elites. They created the banking system and have a stronghold on all religions. The media and all companies are supposed to be under the control of the subterranean reptile species. They are the perpetrators of the majority of crimes against humanity.

According to astronomers, our solar system has a 12th planet (dubbed “Planet X” by others). Nibiru is the name given to this planet, which is situated beyond Pluto.

The Anunnaki, who came on Earth and colonized it in the beginning, live on this world. They arrived with the goal of mining Earth for gold and other minerals and living in a tiny colony with a utopian society. The Anunnaki inhabited the planets of the Orion solar system before coming to Earth.

They are supposed to have created humans in order to have a workforce. They improved the species Homo to sapiens status by genetic modification and in vitro fertilization.

The Anunnaki have affected every element of human life from our beginning on Earth. It’s in our manufactured DNA that we’ve inherited their patriarchal culture of violence and revenge. For dominance of humans, the Anunnaki and the Draconians are in direct rivalry.

The Alpha-Draconians are the galaxy’s oldest known reptile species, corrupt and cruel. They invaded human culture thousands of years ago. Their original home world is unknown, despite the fact that they migrated to Earth from their colony on Alpha Draconis.

They deposit eggs and employ a hormone known as “battle hormone” to hasten the birthing process. They are two halves of the same coin. This is why ancestral females do not fight in wars, because there would be no one to help with the eggs if they did. They must also be present in order to emit their hormone.

They are a colossal reptile creature, standing between 14 and 22 feet tall and weighing an estimated 1,800 pounds of mainly muscle. They remind me of the Tyrannosaurus Rex.

These Alpha-Draconians have numerous abdomens, black leathery brown scale bellies, and whiskers around their chin and jaw line. They are a wise race with reptile eyes and huge skulls.

They are the only genetic line of their ancestors that is not extinct, according to some stories, and they have tails or even wings.

Contactee Alex Collier claims he was given permission to provide certain information regarding the extraterrestrials: ”The Draconians are the driving force behind human repression across the galaxy, creating fear-based belief systems and oppressive structures. They’re highly perceptive and cunning, but they can also be rather sinister.”

The Draconians believe they are the first intelligent race in the Milky Way galaxy. They’ve colonized numerous worlds because they’re competitive and expansive. Their enormous egos lead them to believe that they are the legitimate rulers of less advanced worlds like Earth. Their continued abuse of humanity demonstrates that they see us as a lesser species.

According to reports, there are two sorts of Alpha-Draconians separated into two castes: the giants belong to the Ciakar royal caste, while the lesser ones (8 feet tall) belong to a well-trained military class.