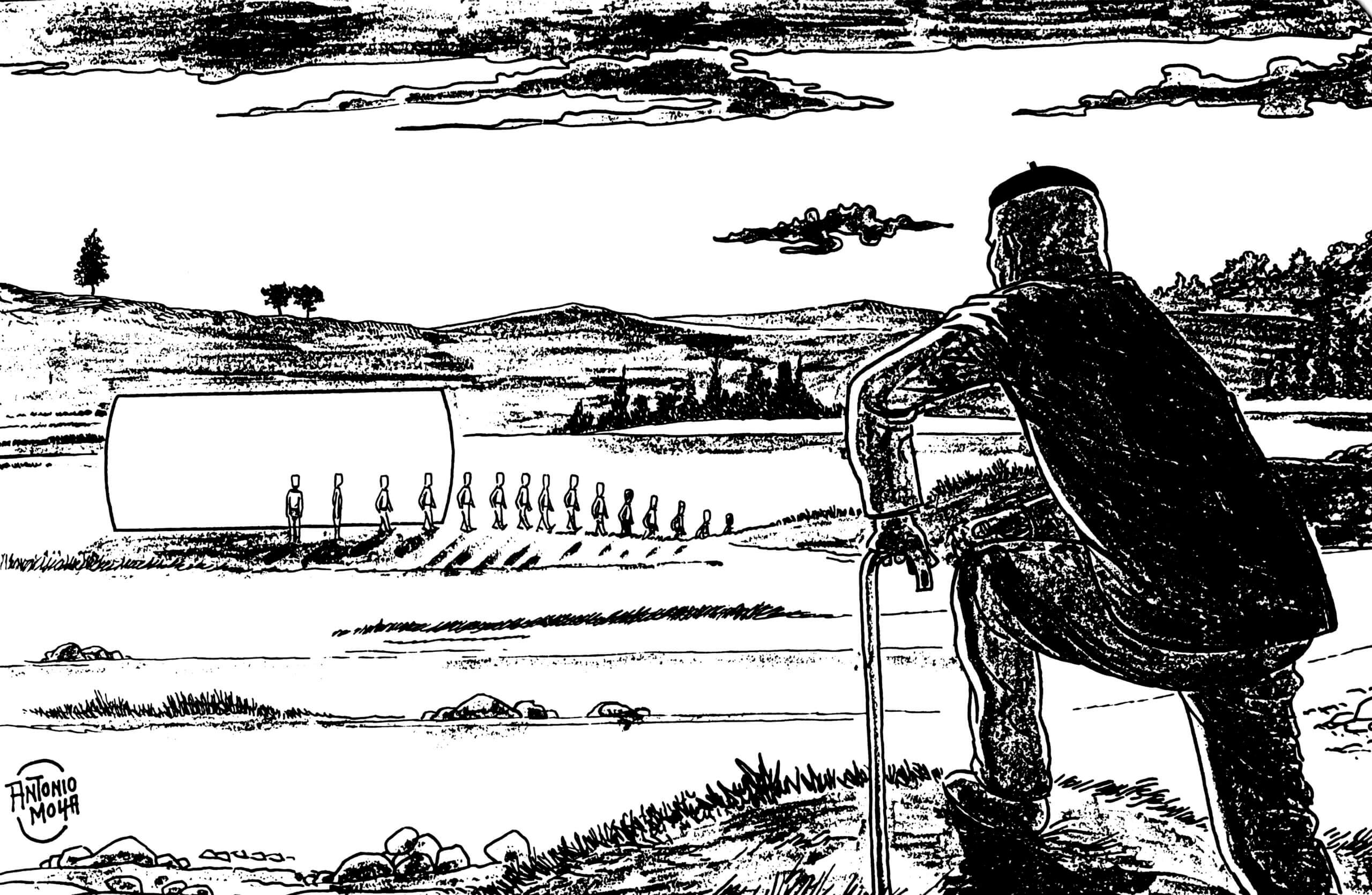 Most of the times we come across UFO encounters of the third kind (encounter in which UFO occupants are visible) involving the apparition of a few alien beings. This case involves the largest number of humanoids we have ever come across; according to the witness 50 to 60 humanoids appeared to disembark from a craft. The witness, 80 year old Juan Rodriguez Dominguez a simple person from a small village near Seville, Spain had no knowledge or exposure to the UFO phenomena, he just reported what he experienced with no bias.

The incident took place on the 12th of September 1971 outside of the village of Aznacollar. The witness was guarding an agricultural property planted with melons to make some extra money. It was late afternoon around 7 pm and the sun was starting to set. Suddenly he was startled by the sound and the scene of a large craft landing in the middle of the property at a distance of 200 m from where he was standing. Juan, instinctively pointed his shotgun; he saw two doors open and observed how small humanoids started to disembark the craft. The beings wore a tight light blue uniform and appeared to have some kind of visor in from of their face.They descended in a formation of two lines and were about 50 to 60 of them.

5 or 6 of the beings stayed behind to guard the craft while the formation moved towards the nearby  well. He was scared and was contemplating using his shotgun. Those that stayed behind noticed the witness and started to walk towards him and at the same time one of them using some kind of torch-like apparatus, pointed a light beam at Juan’s head. Juan felt a terrible head ache and started to ran towards the village. Each time he looked back he could see that the light was still pointing at him.

After a distance of 3 kilometers he reached the village. Nobody believed his story. The owners of the land he was guarding believed him that something was going and after taking their shotguns went back with Juan to the location of the incident. At the well the only thing indicating of some kind of event were the many small foot marks on the surrounding mud.

On the 13th of September, Juan went to the local police station and submitted an official account of the incident. This case was made known by the famous writer J.J. Benitez on the 20th of July 1975 in the newspaper “La Gaceta del Norte”, at that time a journalist with an interest in the UFO phenomena.