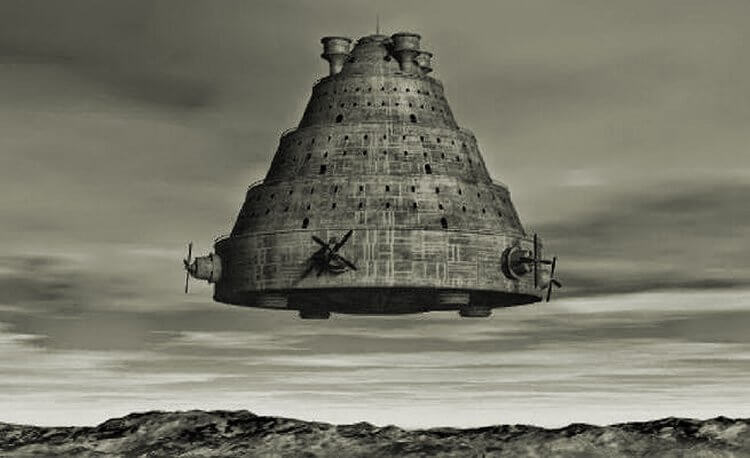 Ancient Indian documents written in Sanskrit provide descriptions  of flying machines (known as Vimanas) existing in the long past. Descriptions of Vimanas and other flying machines are numerous and not limited to one or two ancient texts. The Vimanas are described as cylindrical; made of metal and capable of sophisticated flight.

Not many of us know that there is a text on the Vimanas that was written in the early 20th century (known as the Vimathika Shasthra). The story goes that a a Brahman named Pandit Subbaraya Sastry started to dictate ancient unknown information is Sanskrit about the technologies used in the Vimanas.

To the skeptic, the “channeling” aspect, makes the descriptions on the Vimana technologies and details outlined in the book unreliable and not something that could have existed in the long past. However, the technologies to make Vimanas invisible described in the Vimathika Shasthra text correspond to today’s research and development underway into aircraft invisibility.

The Vimathika Shasthra text  describes 32 secrets of Vimanas. Two of the secrets directly refer to the technologies used to make Vimanas invisible.

“As explained in ‘Vaayutatva-Prakarana’, by harnessing the powers, Yaasaa, Viyaasaa, Prayaasaa in the 8th atmospheric layer covering the earth, to attract the dark content of the solar ray, and use it to hide the Vimaana from the enemy.”

“According to “Shaktitantra”, by means of the Vynarathya Vikarana and other powers in the heart center of the solar mass, attract the force of the ethereal flow in the sky, and mingle it with the balaahaavikarana shakti in the aerial globe, producing thereby a white cover, which will make the Vimana invisible.”

Researches analysed the above quotes (1) and were able to match it with current technologies under development on invisibility. Technologies that are similar to the descriptions from the Vimathika Shasthra text include various light manipulation techniques at the photon-level; nano-particle paint that captures concentrated solar rays and the use of plasma to manipulate light.