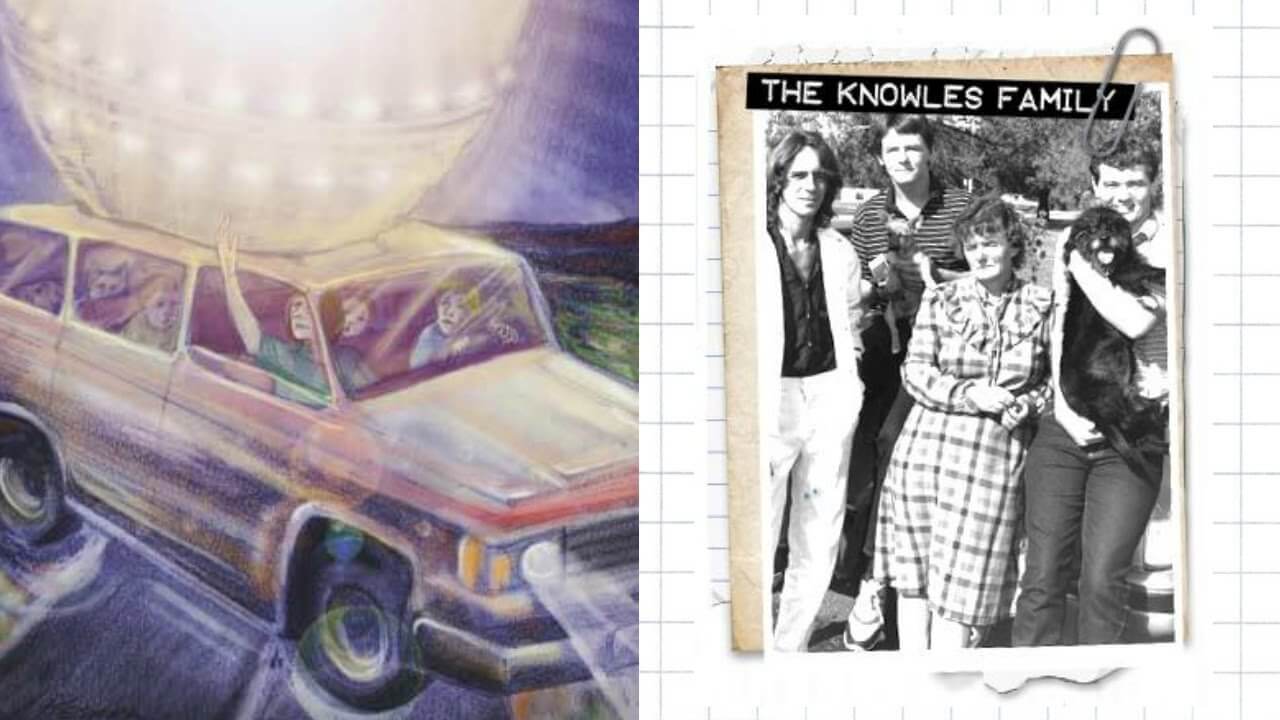 On the 20th of January 1988 the Knowles family had an extraordinary UFO experience. The mother, the three adults sons and two family dogs were traveling by car from Perth to Melbourne; a distance of about 3,500 kilometers.

As they were all adults driving was done in turns while the rest of the family would be resting. At around 4 am, son Sean was driving through the Nullarbor Plain, a natural park in the southern part of Australia. While driving between the towns of Madura and Mudrabilla a bright light caught their attention. The bright light was just above the road some at some distance in front of them. Their immediate thought was that they were seeing the lights of a truck.

As they continued to observe the light would move, disappear and reappear in a way that did not resemble a vehicle. They kept driving towards the it; the light appeared larger as they approached it. Sean accelerated to get a closer look. When they reached close enough, the light disappeared and immediately appeared behind them. Sean panicked and continued to drive as fast as he could. Now the light seemed to be the one doing the following. Suddenly, the light appeared in front of them again at a distance of about 20 meters. From this short distance they could observe the objects color and shape. It was an oval shaped object with a diameter of about a meter with a yellow light emanating  from its center.

The driver tried to overtake and escape from the object and almost got in to an accident with a car coming from the opposite direction. The family heard a thump on the cars roof as something had landed on the car. While still moving the mother lowered her window and placed her arm on the car’s roof trying to feel what was on top. The mother was able to touch the object which felt hot, spongy and elastic. Letting go of the object she noticed that her hand was covered in some kind of black powder. While the car window was down a dark cloud entered the car’s interior producing a foul smell. The smell was followed by a high pitch sound. The dogs barked like crazy and the family started to feel disorientated. Their voices sounded distorted and they seemed to speak slower. Everything seemed to be in slow motion  as if time had slowed down. It felt like the car was floating. The object had picked up the car from the ground.. After a few seconds the car was dropped back on the road. The impact punctured one of the car’s tires. The car was out of control but Sean managed to stop the car. The family ran out and hid behind some bushes. From there they observed the UFO moving over the abandoned car for about 15 minutes and then disappeared.

Once they felt confident that the light would not appear again the family changed the tire and drove to the nearby town of Mudrabilla to find a place to stay and recover from the experience. At the hotel, they started talking to a truck driver. The truck driver confirmed that he had also seen a strange light from his rear view mirror. A couple of bystanders also confirmed to have seen a light hovering over the same road.

The family reported the story to the local police. The police noticed the dents on the car’s roof; the overlaying black powder and a sulphur like smell in the car’s interior. The police even confirmed the cars skid marks on the road. The black powder was examined by a number of researchers. Some noted that the powder had a high concentration of potassium.

While investigating the incident, the police discovered that fishermen at a distance of about 80 kilometers from the incident had witnessed a similar oval-shaped UFO at sea. The fishermen also reported the sensation of being is slow motion.

The family had nothing to gain by making up this story. Furthermore the damage on the car matched their story and a number of witnesses confirmed the presence of an unidentified oval light in the area.