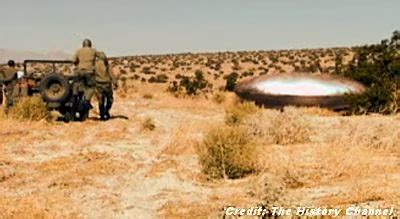 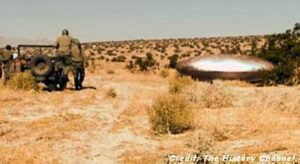 Passed down by word of mouth, and legends of mysterious letters sent by ex-government officials, the UFO story of Coyame began on the evening of August 25 1974.

US Air Defense radar detected a UFO heading for American airspace from the Gulf of Mexico.
But moments later it collided with a small civilian airplane and disappeared from radar.
The Mexican government is alleged to have sent a team to recover the plane after hearing about the crash – with spooky consequences.

US military personnel in Texas were monitoring radio traffic when the Mexicans suggested they had also recovered a shiny, silvery disk.

But things are said to have got even weirder as they returned to the base when they all dropped dead from unknown causes.

UFO researchers believe the soldiers were exposed to a lethal biological or chemical substance emanating from the crashed craft.

They say when US satellite surveillance and jet flyovers showed that the Mexicans had died, their recovery teams went in, recovered the ship and took the object back into the States.