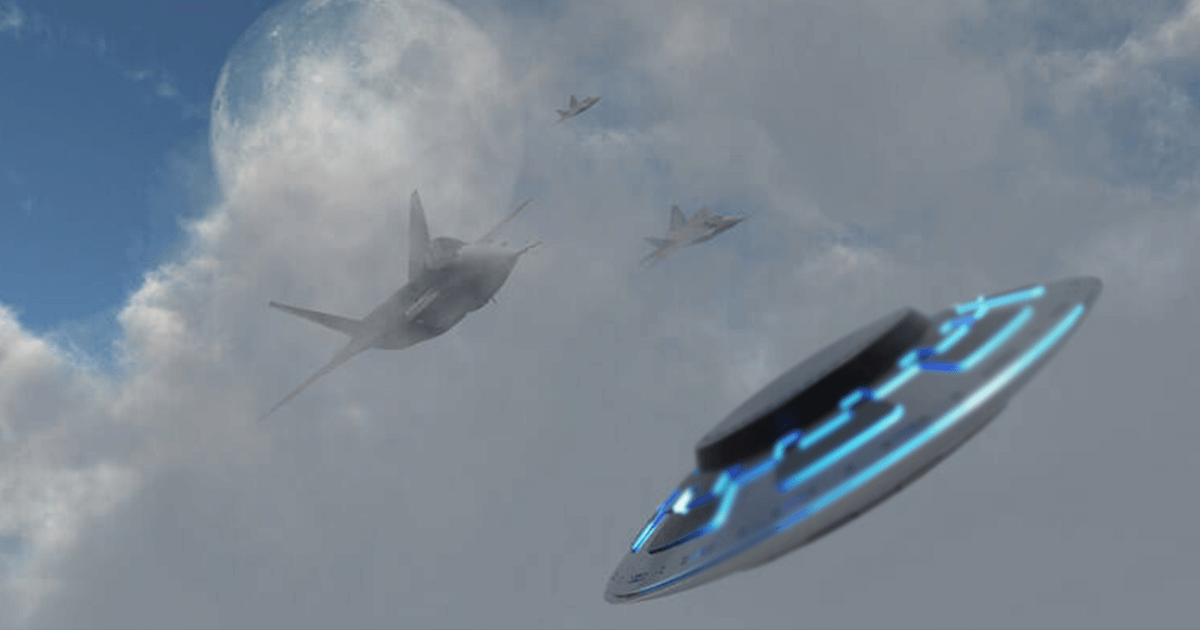 It appeared to be just an ordinary day for a group of Galician fishermen when they heard a very loud sonic boom coming from across the sky.

The footage that we’ve attached to this article showcases their experience from back in 2009, and even though the clip may be quite low quality, you can still clearly discern what appears to be a UFO being chased around by a couple of military jets.

At first, you only see the UFO, but afterward, the camera pans out to display the two jets also passing the fishermen’s boat by in a millisecond.

A military helicopter also appears in the following couple of seconds, and this was all confirmed by both the fishermen and other witnesses nearby that saw the whole thing go down.

This is not the first of these encounters though, as according to an official statement, back in 1968, a NATO Squadron spotted a similar event occurring right in front of their own eyes.

The video lasts for about three minutes or so, as we can observe the five UFOs emerging from underwater and vanishing back under as fast as they emerged in the first place. Then, the UFOs go directly up, exploding out of our atmosphere at incredible speeds.

Alien UFOs appear to run away from us on a lot of different occasions. Why could this be? Is it because they’re afraid? Or are they just afraid of the backlash that this might actually lead to?