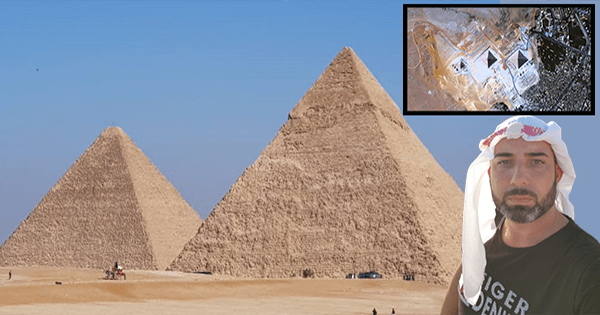 As we all know by now, Egyptologists are very secretive, to the point where they would rather die than tell the truth for once.

They are always hiding information from the general public, stuff like how the creators of these pyramids were more technologically advanced than us, more skilled in their construction, and way better at doing everything than us, to be honest. We cannot even replicate the creation of a pyramid cause we have no idea where to even start, that’s how technologically superior the Egyptians of the past were to us.

We can explain a lot of things in this world, but we cannot explain anything regarding the pyramids without just saying “it happened somehow” every two seconds. The ancient Egyptians had help from above, it’s obvious, either that or they were so brilliant that they all immediately forgot the means to create these behemoths overnight all around the globe at the same time.