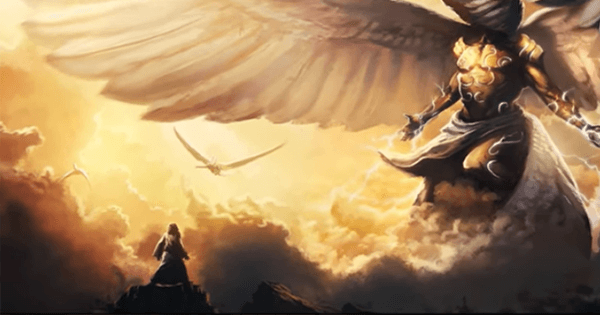 A lot of people nowadays believe that angels for example are exclusively part of Christian mythology when that’s clearly not the truth in the slightest.

There have been plenty of mentions of the winged guardians throughout history but none are as important as their role in the Book of Enoch. In this ancient manuscript, we have plenty of tales narrated by Enoch who is supposedly the grandfather of Noah who was in direct contact with God at all times.

God gave him premonitions and orders and Noah abided by them. Enoch on the other hand had a similar relationship with God; only in his own book, he mentions a few incidents that are quite alarming.

He speaks of the Giants, of Fallen Angels and more specifically of the end of the world as we know it. The Bible has been quite keen on ignoring any renditions of the Book of Enoch, but the truth of the matter is that there is just as much proof if not more of its reliability than there is in the rest of the Bible’s stories.