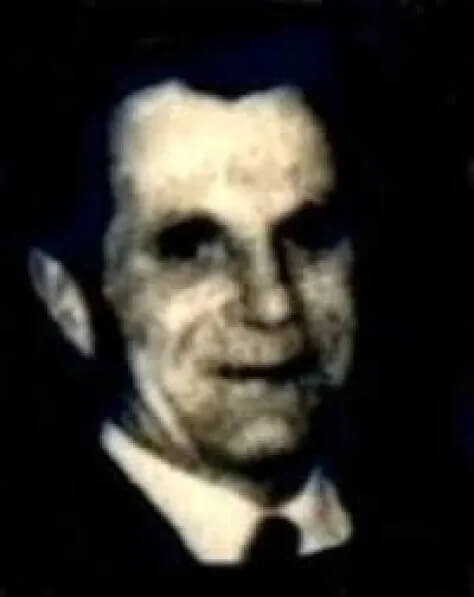 The first widely discussed claim of alien abduction was reported by Barney and Betty Hill in 1961. After that, several abductees came forward to share their bizarre stories. From West Yorkshire, England, Zigmund Adamski’s case is the strangest incident of all time. He went missing in June 1980 and was found dead five days later, 20 miles from his home. As he died under mysterious circumstances, there are a few theories that make his case even more mysterious.

According to the injuries and burned marks found on his body, experts believed that Adamski was struck by ‘ball lightning’ or some other unidentified phenomenon. Some of them added that KGB or aliens might have been behind his death. There is not much information on how KGB could have been connected to the case, that is why people often talk about alien abduction theory due to incidents like “Alan Godfrey UFO encounter” and “Ilkley Moor Alien,” as they also happened in West Yorkshire in the same decade.

Zigmund “Ziggy” Adamski was born in Poland and worked as a miner at Lofthouse Colliery, West Riding of Yorkshire, England. He married a woman named Lottie in 1951, who was later confined to a wheelchair due to ongoing bad health. Adamski himself was suffering from lung deformity due to exposure to coal dust. Because of it, he applied for early retirement but his appeal was rejected.

On June 6, 1980, at around 3:30 p.m., 56-years-old Adamski took a walk to the local shop to buy groceries near his house in Thornfield Crescent at Tingley. It was the last time he was seen before went missing. Lottie initially suspected that he had been kidnapped.

Five days later, his dead body was found at his father’s coal yard in Todmorden, laying on the top of a 10-feet high pile of coal. It was around 20 miles from his house.

An official named James Turnbull, who investigated Adamski’s case said that when his body was discovered, he was wearing a suit without a shirt. Turnbull was baffled as Adamski had been missing for five days, but he had only one day of growth of beard. “His face, it was reported, showed ‘absolute terror’ but there were no injuries to explain the cause of death.”

Additionally, there were burn marks on his head, neck, and shoulders, covered in a strange ointment that raised questions about who could have applied it on his wounds.

The unanswered questions about Adamski’s mysterious death made UFOlogists believe that aliens from outer space might have mistakenly abducted him. This theory was fueled by policeman Alan Godfrey who claimed to encounter a diamond-shaped UFO while patrolling the outskirts of Todmorden on November 28, 1980.

Godfrey took a sketchpad and pencil to draw the scene as evidence. But at that moment, a bright light flashed and blinded him for a moment. The next thing Godfrey remembered was driving his car along Burnley Road, and the UFO was gone. Besides, his sketchpad where he had drawn the UFO also disappeared. When he got to the police station, he checked his watch and realized that fifteen minutes had fallen out of his memory. Later, he was encouraged to undertake several hypnotic regression sessions. He recalled being taken into a spaceship where he met a strange Biblical man along with a group of stunted creatures, the size of children, with huge heads. Most likely, they were robots.

Seven years later, on December 1, 1987, Philip Spencer, a retired police officer took a photograph of an alien entity in Ilkley Moor, West Yorkshire during a journey to meet his father-in-law who lived on the other side of the moor.

Spencer said that he immediately followed the creature but unfortunately lost it. Subsequently, he claimed to have seen a dome-shaped spacecraft that rose from the moor and disappeared into the sky. Like Godfrey, he also experienced missing time. Upon arriving at his father-in-law’s village, he noticed that he had lost 2 hours. He also underwent hypnotic regression sessions.

“During his sessions, it was revealed that he had been “lifted” on to the craft by an unknown force and found himself in a medical looking room – he was told “not to be afraid.” He also stated that at one point during the “journey” he could see what looked to be a portal and through it he could see what he recognized as Earth in the distance, leading him to realize he was in outer space.”

Could it be possible that like Spencer and Godfrey, Adamski had also been abducted for medical experiments by aliens but that time, the subject could not survive the test due to his health condition?

“According to writers Roger Boar and Nigel Blundell on their piece on the subject, one of the two policemen who initially responded to the body being found came forward to his superiors in the days following the discovery and stated that he had “seen what looked like a flying saucer” in the area only hours before. He was questioned under hypnosis, with UFO experts believing his account to be true, but the police refused to name him publicly.”

In 2015, the British UFO Research Association (BUFORA) found in its research that Adamski and his wife Lottie had been in the middle of a feud with a family member before he disappeared. BUFORA suspected that Adamski might have been kidnapped by a family member and died five days later with a heart attack. However, Godfrey said he found no reason to suspect any members of his family, and still, there is no explanation for the strange wounds on Adamski’s body.