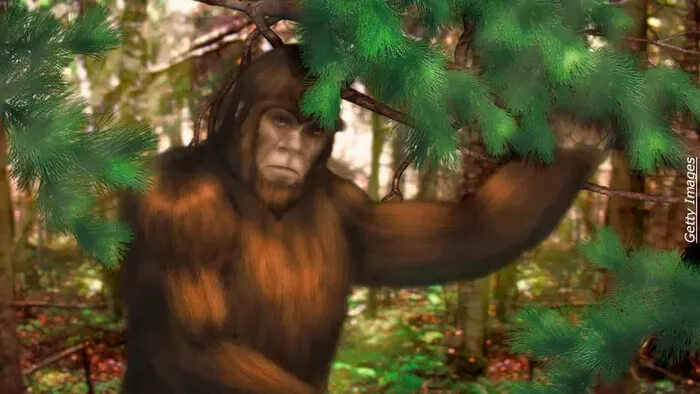 An Ohio woman was left shaken after she left in passage from her local gym following a workout and spotted what she believes was a Sasquatch lurking at the edge of the parking lot. According to a local media report, the frighting encounter occurred late last month as the unnamed witness was leaving Warehouse 24-Hour Gym in the community of Ashland at approximately midnight. While in passage to her car, she heard a twig snap and, turning her attention to the area where the sound had originated, was stunned to see an approximately seven-foot-tall creature covered in gray fur. It would appear that the creature also saw her as it quickly fled the scene with massive speed.The incident was so frighting for the college student that she actually drove to a nearby Bob Evans restaurant and phoned her family in tears. The woman explained the sighting to them and requested that they come and pick her up, because she was too upset to drive her own car home. Her stepfather, who reported the sighting to the Bigfoot Field Researchers Organization (BFRO), expressed that “it was a terrifying experience for her” and indicated that he went to the area the next day to look around, but only found “many old deer tracks but no imprints of the creature she saw.”After speaking to the woman and her stepfather, BFRO founder Matt Moneymaker concluded that “they are both credible. This is not a hoax report.” He indicated that the witness was certain that the creature was not merely a person in a costume and that the speed with which it fled the area was particularly nonhuman to her since it moved incredibly fast. Moneymaker also noted that there is a fairly large swamp located not too far from the spot where the sighting occurred, suggesting that the creature had migrated from there and was perhaps in search of deer to eat.Perhaps the most troubling aspect of the case, however, centers around humans rather than cryptids as Moneymaker explained that the woman told some of her co-workers and friends about the sighting and, as so very often happens with witnesses, she quickly became the subject of ridicule. Having already been traumatized by the unsettling experience, the teasing became too much to bear and so she not only had her name removed from the report, but also now no longer wishes to participate in any further investigation. “She isn’t backing off what she claimed she saw,” Moneymaker stressed, but the college student also “doesn’t want people who may be ignorant making fun of her.”
Please remember we all have different opinions, Think Before You Speak or Write Something that is cruel to Others. After all, We are only Humans. Wishing you clear skies and wide eyes. To share your experiences or just leave a comment there is a area below. Read or listen.