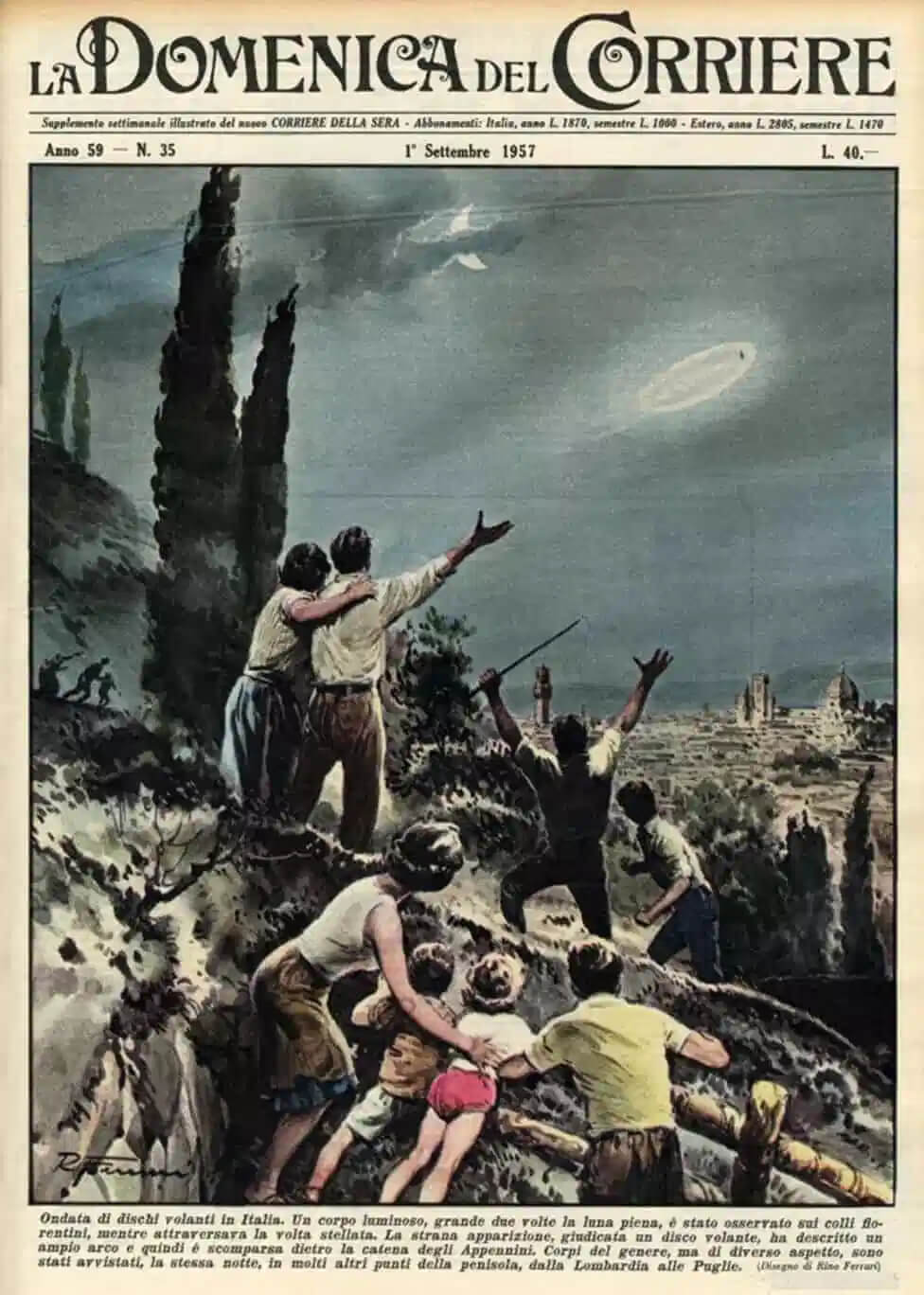 One of the most underrated and least discussed Extraterrestrial contact case that occurred in the past century is the “Friendship case.” The story of this case included many incidents and hundreds of witnesses that made it true. From 1956 until 1990, the Italians had been dealing with mass UFO sightings and contacts with Extraterrestrials that were called Friends. It is noted that Italy was the hub of Extraterrestrial activities with over 12,000 UFO cases that were reported in the 20th century.

According to an aerospace expert and journalist Dr. Roberto Pinotti, it all began in 1956, when some Italians were involved in regular contact with human-like entities Friends that arrived on Earth to help mankind. These beings supposedly had their bases along the coast of the Adriatic Sea in the Italian peninsula.

Writer Nikola Duper claimed  that he himself was involved in the contact with those beings and had a face-to-face meeting with them. According to him, the human-like Extraterrestrials had come to Earth from the Milky Way and other galaxies located thousands of light-years away. He wrote that the beings lived in underground bases along the Adriatic coast at a depth of about 20 km.

Author Stefano Breccia mentioned in his book “Mass Contacts” about the incident where three young boys met with the beings near Ascoli Piceno when they were heading to Rocca Pia. Breccia wrote that one of the beings was 8 feet tall. In his book “50 Years of Amicizia,” he shared a clear photograph of one tall man that was 10 feet tall and claimed he was one of the Friends.

As Breccia was an electrical engineer, he had a great interest in Extraterrestrial technology. In his study of Ufology, he learned many things about UFOs. In his book, he revealed that the flying saucers are not always the primary means of transport but rather functions as a temporary laboratory and base. Besides, after the mission completed, the flying saucers were often disassembled, and robots would build another one for 2 hours. He shared much technical information about the UFOs, from their navigation system to metals used to build them. Unfortunately, the tragic death of Breccia in 2012 shocked the whole UFO community.

Dr. Pinotti, who wrote several books on UFOs, spent more than 40 years in UFO research. His house in Florence is stuffed with Extraterrestrial memorabilia and newspaper clipping that has blurry UFO images. He is also the founder of Italy’s National UFO Center (Centro Ufologico Nazionale).

In the fall of 2017, he shocked everyone by publishing photographs of an alien wearing dark shades and a control cabin of UFO in his book “UFO Contacts In Italy.” He claimed the photographs had been taken by two men who saw a flying saucer that landed in Francavilla, Italy on the Adriatic Coast in 1957. In his book, he described that the UFO was 24 meters wide, and the control cabin was 10 meters.

He said: “You can see inside the cockpit with seating, control panel, and other objects.”

He added that eight of these photographs were first published by the Italian consul Alberto Perego in his book “Sono Extraterrestri” in 1958. But they were never published outside Italy.

Philip Mantle, Former MUFON representative for England called the alleged photographs neither fake nor authentic. At the same time, he recalled the credibility of Dr. Pinotti who was formerly an officer of the NATO Italian Army III Missile Brigade.

He even called Dr. Pinottis UFO organization one of the world’s oldest and most authoritative private UFO study organizations.

Did you know that in 1954, during a football match in Florence, multiple UFOs flew over the stadium, catching the attention of 10,000 people? It was the first time in the history of Italy when in a broad daylight, so many people witnessed the event at the same time, including Italian footballer Ardico Magnini.

Magnini said: “I remember everything. It was something that looked like an egg that was moving slowly, slowly, slowly. Everyone was looking up and also there was some glitter coming down from the sky, silver glitter. We were astonished we had never seen anything like it before. We were absolutely shocked.”

Dr. Pinotti took a deep interest in the material of what Magnini described as silver glitter. He mentioned that a 10-year old boy from Florence had seen this strange substance falling on the roofs of the houses like snow for one hour. On analysis, it was found out that the mysterious substance “contained the elements boron, silicon, calcium and magnesium, and that it was not radioactive.”

So, it is confirmed that Italy had UFO sightings even before the Friendship case.

2 thoughts on “The Famous Extraterrestrial Friendship Case Of Italy”