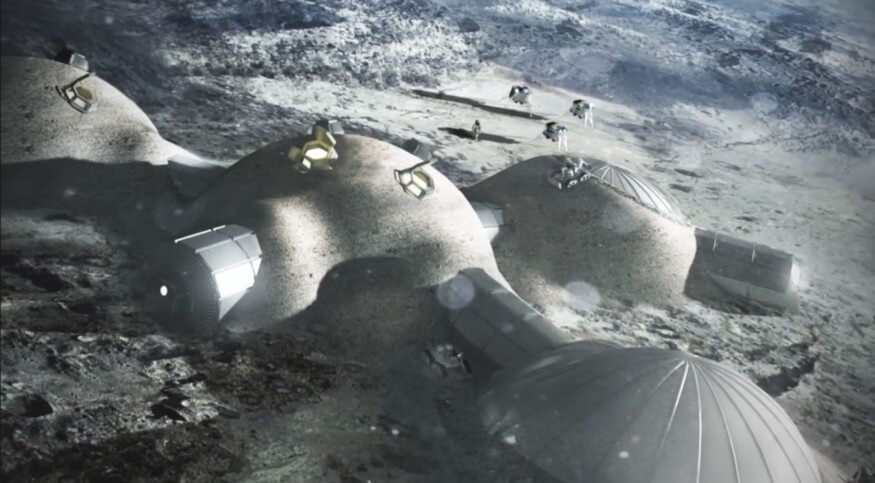 At 3:17 pm EDT on July 17, 1975, in orbit above the Atlantic ocean, a pair of docking hatches were unlatched aboard a pair of mated spacecraft, opening the door to a new age. The Apollo/Soyuz mission was the first mission where the adversaries at the center of the Cold War joined together in the exploration of space.

In his 1984 State of the Union address, then-President Ronald Reagan announced the United States would build an all-American space station Freedom. Following a series of setbacks (some technological, some political) over the next nine years, the project morphed into the International Space Station — with the help of Russia, who folded their own Mir-2 project into the new, international effort.

For more than 20 years, the ISS (operated by The United States, Russia, Japan, Europe, and Canada) has continually housed human travelers (and the occasional mouse) in low-Earth orbit.

In the opening decades of the space age, only nations had the resources needed to place humans into the final frontier. On May 30 and 31 2020, SpaceX became the first private enterprise to launch a spaceship with humans into orbit, bringing them to the International Space Station (ISS).

The proliferation of multiple nations and private groups in space could — one day soon — result in the end of nations as we know them.

One possible threat to the human habitation of Mars, the Moon, and other bodies in the Solar System is these outposts could become the focus of international rivalry and the commercialization of space (cue the theme song from For All Mankind). But — the struggle for survival in space could also bring these explorers together.

Lunar colonists traveling to the Moon along a American-built Gateway, living inside a colony built by Chinese and Russian teams, breathing air and drinking water from European-built filters, might feel little allegiance to any single nation.

As decades go on, generations of people will be born, and grow up, potentially living entire lives without ever stepping foot inside any nation. The idea of nations on Earth — an alien world — could grow passé, becoming outdated among the mores of an expanding interplanetary society. The end of nations could come not with a bang, but from a waning interest in far-distant lands.

Where Not Everybody Knows Your Name…

For hundreds of thousands of years, humans have been shackled to the Earth — our lone planetary home. Now, we stand at the precipice of expanding onto other worlds for the first time.

For a space colony to be habitable in the long term, it must have these three crucial features. Firstly, a colony must have a tightly closed-cycle ecological system that can replenish its nutrients (air, water, and food) with only minor elements required from outside the outpost. Secondly, it must have enough radiation-shielding to perform the same function as the Earth’s magnetic field and atmosphere. Lastly, an outpost in space — however independent it may be — will also require a significant, reliable transportation system to and from the Earth.

No one nation is likely to provide all those capabilities, requiring international cooperation in the development and operation of space-based colonies.

It is both impractical, and horribly expensive, to bring everything from Earth that a lunar or Martian colony might need. Space colonists will need to collect resources from the terrains they encounter as we spread across the Solar System.

Titanium, aluminum, and oxygen are common on the Moon, and the all-important resource — water — is found both on the Moon and Mars.

The concentration of natural resources means that those supplies will need to be accessible to space colonists, regardless of their national (or organizational) origin. In an odd way, social dictates of the future could return us, sociologically, to the watering holes of the ancient savannah.

Recently, the Russian space agency Roscosmos reached an agreement with China’s National Space Administration to establish an international space colony on, or orbiting, the moon. This deal will help both nations to pull their resources together, driving the colonization of the lunar surface.

The closest example we currently have to how lunar or Martian colonies might operate in space are permanent habitations on the most-isolated of all regions on Earth — Antarctica.

“Antarctica is the fifth-largest continent in terms of total area. (It is larger than both Oceania and Europe.) Antarctica is a unique continent in that it does not have a native population. There are no countries in Antarctica, although seven nations claim different parts of it: New Zealand, Australia, France, Norway, the United Kingdom, Chile, and Argentina,” National Geographic reports.

Even the harsh conditions of Antarctica are far more hospitable than any extraterrestrial climate (and, space is surprisingly devoid of penguins to keep one entertained).

Have Fun Storming the Crater!

Although the first colonies to set down on other worlds are likely to be claimed by nations and non-governmental organizations (NGOs), physical, sociological, and financial demands will likely drive these groups together, perpetuating the end of nations.

“The time was fast approaching when Earth, like all mothers, must say farewell to her children.” ― Arthur C. Clarke

Currently, the 1967 Space Treaty governs much of national relations in space. But, this document was developed when space exploration was far different (and much rarer) than it is today. As we move out to the Moon, Mars, and worlds beyond, the need for new laws, and new ways of thinking, will grow. The end of nations could be natural consequences of this growth.

“[W]ith new land available for acquisition for the first time since the nineteenth century — land with no claims of sovereignty — it is also natural that questions will arise as to how this extraterrestrial land and its valuable resources will be appropriated amongst the nations of Earth,” Brandon Gruner writes for the Seton Hall Law Review.

There is a famous saying in space exploration that “Space is hard.” Life on the Serengeti Plain was harsh on our distant ancestors, a challenge met by coming together in groups, developing our social bonds beyond our immediate compatriots.

Everyday life inside these biospheres will become easier, more rewarding, and less expensive, as nations and NGOs work together to provide the resources — and face the challenges — of living in space.

Emergencies will also occur in future space colonies, and cooperation with other outposts may be necessary for survival. Even the most-ardent nationalist would be hard-pressed to forego air during a crisis, just because it was forged in processors designed by another nation.

As humans populate worlds beyond the Earth, the fastest, safest, cheapest way to do it is by working together as a species. Over the course of several generations, this might result in the end of nations — one of the greatest changes for our species since we first decided the people in the next cave over didn’t seem so bad, after all.