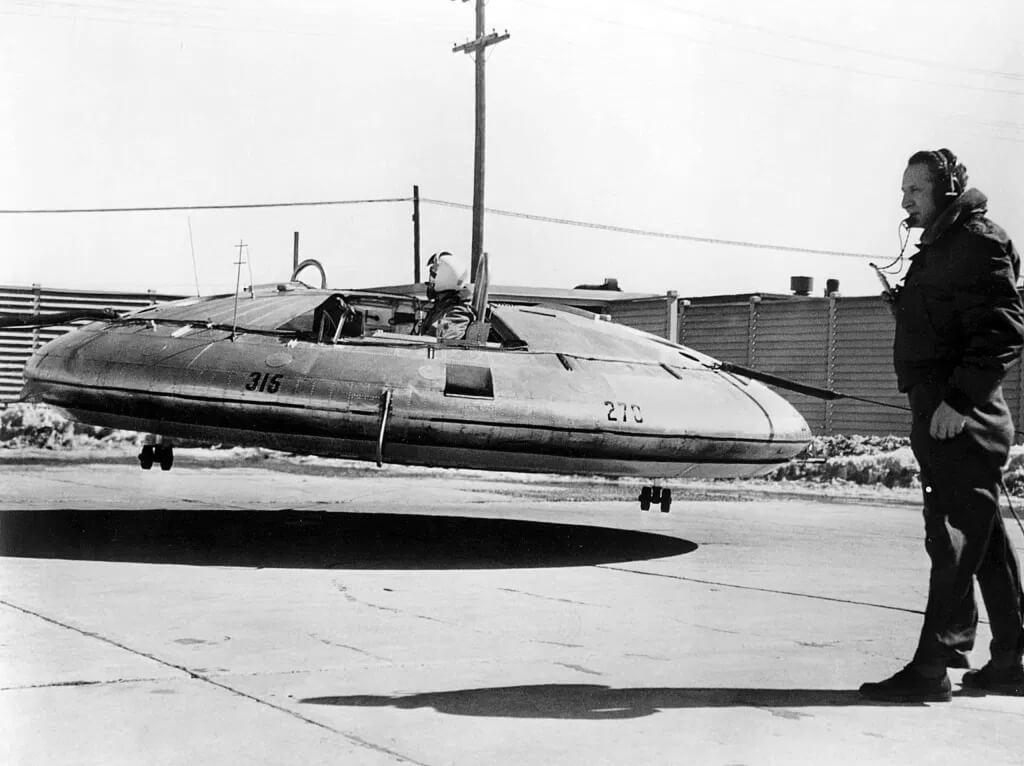 In a recent report, US Intelligence did not find any extraterrestrial link to the UFOs spotted by navy pilots in the last few decades. At the same time, they did not rule out the alien theory associated with these unknown crafts. There are two possibilities about the origin of these alien crafts: either the government is trying to convey to people that the crafts are enemies’ drones or they are protecting their top-secret aircraft’s from the public.

Back in the 1950s, the world had seen the first true flying saucer “VZ-9 Avrocar” that could hover above the ground and fly at a maximum altitude of 3 feet into the air with a speed of 56 km/hr (35mph). This sounds unrealistic that the United States Air Force and Avro Canada invested time and money into such a failed technology.

The chief designer of VZ-9 Avrocar was a British aircraft designer John Frost who discovered that the “Coanda Effect” provided VTOL (vertical take-off and landing) capabilities to a vehicle.

Frost received initial funding for his work from the Canadian government in 1952-53. According to him, a disc shape was the most efficient aerodynamic shape for flexible maneuvering in the air with a high speed.

After years of research, two Avrocar prototypes were constructed between 1958 and 1959. The testing did not go well and needed further modification in the design. Unfortunately, the project was shut down after the funding was stopped and the U.S. military rejected new company redesigns. It was Avro Canada’s last aviation project, and the company stopped functioning in 1962.

Why was Avrocar flying saucer canceled by the U.S. military?

Although the Avrocar project was dismissed, the US government worked on way more advanced crafts during the 1950s and even before it. The irony is that a secret memo disclosed that during the 1950s, USAF and Avro Canada had a contract of constructing supersonic saucer-shaped crafts.

The document titled “USAF Project 1794” cited: “The saucer was supposed to reach a top speed of “between Mach 3 and Mach 4, a ceiling of over 100,000 ft. and a maximum range with allowances of about 1,000 nautical miles.”

It was rumored in 1954 that Dr. Heinrich Richard Miethe, a designer for the German wartime project V-7 was in Canada for reconstructing one of his saucer-shaped models. Although it is not clear if he rebuilt his craft, it can be assumed that the USAF along with the Canadian government were working on Nazi flying saucer technology.

Nazis were into making the disk-shaped craft before World War II which can be confirmed from the CIA document. According to a document, a German engineer named Georg Klein stated that “though many people believe the ‘flying saucers’ to be a postwar development, they were actually in the planning stage in German aircraft factories as early as 1941.”

After the Avrocar news came out, he said that such designs had been developed during the Nazi era. There is a conspiracy that the Nazis received knowledge about making advanced flying objects from the Vril society, founded by Maria Orsic.

During World War II, Germany had a strong desire to dominate opponents through technology, weapons, or intelligence. Then, a young beautiful woman named Maria Orsic wanted to help the Nazis build flying saucers. She said that she could communicate with extraterrestrials.

No doubt, the Nazis developed some very advanced machinery in pre-war time to dominate the world and still a mystery remained about the source of such information.

So, whatever the Canadian and the U.S. government were preparing in the 1950s, it is possible they were building a powerful weapon for war. One such example is a Triangle craft that moves silently, as per the report of witnesses. Such crafts require plasma actuators that need no moving parts and are more reliable.