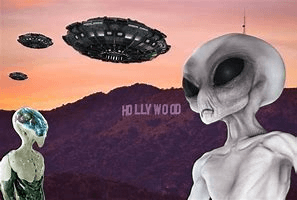 Sci-fi is by far my second favorite genre other than just just good ole UFO documentaries and Movies based on real events, with fantasy being second. But the gap between them is pretty big. I just love the idea of a futuristic universe. Cannot wait for Bob Movie) to come out so I can scratch that itch.

Anyway, I was looking for movies to watch tonight, and after a little while this question occurred to me. But maybe I’m in the minority who feels this way. Also I’m realizing as I type this that in the title I want to specify alien focused sci-fi here.

What I mean though is that most of the alien sci-fi movies Hollywood puts out are not really sci-fi, but rather action or horror movies. None of them are actually interested in telling us a story of the aliens. Where they came from, who they are as a race, why they are here, etc. All of this type of stuff is usually shrouded in mystery, or if it is revealed, the movie spends all of 10 minutes covering their exposition then gets right back into the typical blockbuster tropes and cliches.

Like, off the top of my head the only ones that I feel truly focus on the alien and care about creating an interesting backstory/lore for them is:

Even cult classics like Alien and Signs I think are super guilty of just being horror movies, but instead of them fighting ghosts or demons, it’s aliens. Signs was a let down for me, great actors but not a great Movie, in my opinion. Alien was dramatic and had you in suspense but again I don’t really like the the Horror side of Alien , that is not how I perceive them (Aliens) at all.

I guess what I’m saying is most movies focus on the human side of things, which in my opinion, ultimately makes the movie a lot less interesting and enjoyable. I could see the argument for leaving things up to mystery more exciting, as it lets you be open minded about it and fill in the blanks yourself. But in my opinion this is the easy way out. You can pump out money making movies faster if you don’t have to write a detailed backstory for the antagonist. I personally much prefer creating a world/alien that is much more fleshed out and feels alive, it allows for greater immersion and what what might have happen after the movie. Like what if an alien race similar to the heptapods in Arrival really did exist? Sure, you could do the same with Alien, but that question is basically just “what if a primitive apex predator alien race existed?” Which is a far more boring question in my opinion. If the aliens act like animals without sentience there is nothing appealing about them. It doesn’t make you wonder.

Also, why do we never seen alien movies where the main character is an alien, and we get to see first contact through their eyes?

I don’t know, this is all just a curiosity I had and wondered what other people thought of this.