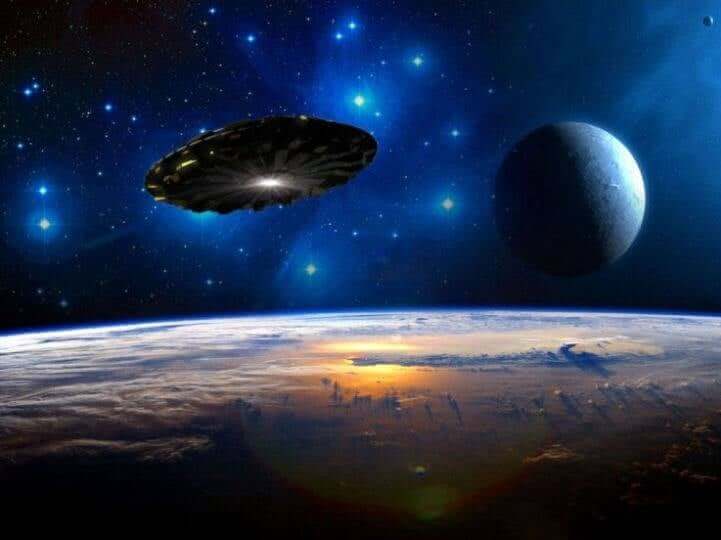 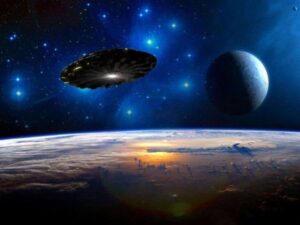 After investigating numerous cases of alien close encounters one can notice something obvious but rarely discussed. Documented testimonies indicate that we humans share some similar artifacts with the aliens that apparently visit our planet. Testimonies describe humanoids wearing suits, belts, visors, helmets, breathing tanks; items that we also have. Also witnesses speak of monitors, antennas and buttons inside craft or even stairs and ladders; again, artifacts that we find in our own civilization. Do these similarities signify something? Why have the human and alien civilizations made the same choices when we are apparently so far away from each other (in terms of physical distance or dimensions)?

Does any of the following factors or their combination have something to do with this?

In most cases (there are also exceptions), alien beings appear to have a human-like form; a head with eyes, a mouth some form of nose and ears, two arms; two legs, a respiratory system, etc, etc. Could it be that due to sharing the same basic anatomy and physiology we have developed the same artifacts?

For example, both humans and aliens need to protect themselves from the elements and be able to move comfortably. We both came up with the one piece suit. Or both want to have items at arms reach. We both wear belts around our waists. So all this could signify that our intelligences operate in a similar way leading us to invent the same solutions that are practical, ergonomic and consume the minimum energy possible.

Universal Consciousness and Information that We All Tap Into

Could it be that there is a universal consciousness from which everything originates that all intelligent species can tap into? This consciousness or information bank could prescribe the patterns of thought and how we experience existence and the universe. As a consequence different persons on Earth or beyond come up with the same ideas and practical solutions. There have been cases in science and academia where multiple persons have had the same ideas or reached the same conclusions at more or less the same time. So if this is happening on Earth it could be happening between all civilizations in the universe.

Alien Encounters are a Reflection of Our Consciousness

In the case that this theory was true, it would mean that our imagination of alien beings is conditioned from our memory and knowledge we have gathered in our world. So, if we imagine of aliens we imagine alien versions of the artifacts (physical, cultural or in the form of concepts) that we are used to. If we looked at alien encounters testimonies through the ages and could prove that in general they have become more sophisticated with time that could indicate that they are a fabrication of our consciousness.

One other theory is that alien beings do not pertain to the same physical laws like us and can take any form they wish. It may be that in order to operate better in our reality they choose the best form that serves them and we are more accustomed to, that of a humanoid being.

Technology was Give to us by Alien Civilizations

There are numerous myths, traditions, carvings and art pieces from ancient civilizations that indicate that beings from outside the Earth visited us and gave us the technologies to advance and prosper. In some cases we also have indications that maybe we were genetically engineered by them. If our knowledge originates from aliens then its obvious that we would also share same artifacts.