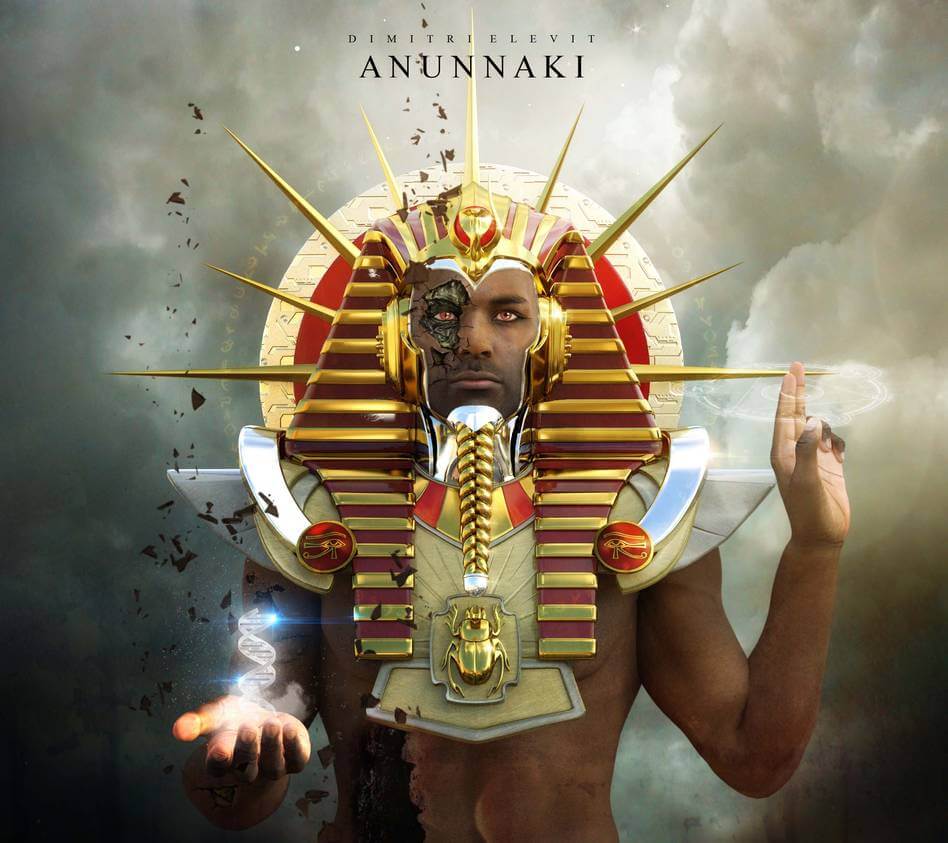 The greatest mystery about the Anunnaki people: what was the reason for their departure from Earth? What happened after the fall of Babylon?

According to research, this exodus was due to a civil war (nuclear?) Between the clans of Enki and Enlil (for political ambitions). Marduk and Ishtar have started é conflict. Marduk recaptures Babylon from Cyrus the Great of Persia in 539 BC. However, while all the Anunnaki Exit é Earth. Marduk is it rest é here?

The answers to these unknowns can be found in the book The End of Ages by Zecharia Sitchin. According to this work, it all started when a Second Pyramid War took place, between the two different clans.

It was the civil war caused by Inanna / Ishtar, who wanted to control Africa and Egypt. Inanna also wanted to further develop her governorate in India, so she had stolen ME models with engineering skills.

Marduk is at a disadvantage and decides to build the city of Babylon and the Tower of Babel in order to reach the heavens (a spaceport to launch planes towards Nibiru, the planet Anunnaki).

However, Enlil causes constructors to “confuse ” the language. It was then that the Second Pyramid War broke out, with nuclear weapons destroying Sumer and the Sinai Peninsula spaceport (which Marduk wanted to control).

Babylon escaped bomb attacks and was able to develop with hegemony. With this ruler ship, all the kings of Babylon were obliged to worship Marduk. The Enuma Elish has been edited to improve it.

The Enlil clan retreated in defeat, abandoning important temples. Later, the cult of Marduk was moved by that of the god Sin, due to the machinations of the high priestess of sin, who brought her son Nabonidus to the throne of Babylon (in 556 BC).

Taking of Babylon in honor of Marduk

Despite this, Marduk made a pact with Cyrus the Great of Persia to conquer Babylon in honor of the god. This conquest took place on October 12, 539 BC. C. and appears in the Cyrus cylinder. It was the fall of Babylon.

According to Zecharia Sitchin, the Anunnaki left Earth in two distinct groups. The Enlil clan came out first, after Marduk’s defeat in the Second Pyramid War. The second exodus was more complete, the two clans of Enki and Enlil having left after the capture of Babylon.

The End Times states that all gods left in ships from space ports in America (such as Nazca and Teotihuacán). According to the official story, this account of Sitchin is not true, neither Nazca nor Teotihuacán were spaceports of ancient aliens. Yet archaeologists have discovered very little about the fate of the Sumerian gods after Babylon and Assyria.

Crucial related information can be found in the writings of the Hurrian and Hittite civilizations (back to Turkey). They said the Anunnaki people had been banished to the Underworld by “newer ” gods , such as Tarhun, Arinnitti, and A’as (Enki himself).

This alternate story of Sitchin is therefore controversial, but the researcher provides many logical connections of important points between historical sites, historical events (such as the conquest of Babylon) and mythology, so these are matters of personal reflection.

2 thoughts on “Why Did The Anunnaki People Leave Earth ?”