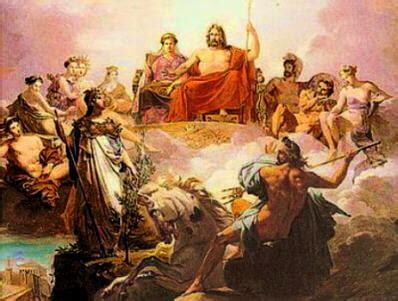 How often do you look up into the night sky and wonder just how many stars, planets, galaxies, and more are out there? What is it about deep space that so ignites our collective imagination? ARE WE ALONE?

Gods, they would recognize the superiority of a being that would become more important in time than any of them … MAN…

What we can now see with our eyes everywhere is the product over millennia of civilizations that once existed. We today are the kind of people who have evolved and developed, carrying in our thousands and thousands of previous generations who have formed the old empires and who have lived their experiences in those times. As a result, we are little of each of those ancient civilizations. If we look back in time, unlike us who no longer believe in the deities, those of those times gave the gods great importance.

The mythologies of the ancient peoples also contain many references to the Gods of ancient times, and we often meet in chronicles written on the parchments in which the works of the Gods are related. One of the richest sources in this subject is the Mahabharata, in which it is reported, even with important details how the Gods struggled with each other or with the demons, using terrifying weapons for the understanding of the then man.

Beyond such ancient issues, let us rethink the idea of the deities. We have written about the ancient Gods, where they came from, and how they divided their areas of influence. But from this point of view, a question arises.

If each group of Gods, considering that everyone belonged to a constellation and was affiliated with the Galactic Confession of Light, had come to Earth to contribute to the development of the human species, then on what basis did they share the human race? And especially on what criteria did they share their functions and positions within the group they were part of? It is well known that all ancient cultures were based on polytheism, except the Geto-Dacians, where Zamolxe had taught the Dacian ancestors and their forefathers that there is one Great God or the Father of all Gods, that is God or Creator.

For example, the Greeks and Romans had Zeus-Jupiter and his whole lot, the Scandinavians had Odin with the other Gods in his yard, the Egyptians had Osiris and Isis with other smaller deities, the Hindu had Brahma, Shiva, and Vishnu along with some other dozens of important deities and those of smaller Gods. So each group had their established scheme. However, many of the stories of the Gods related to the struggles within each group, as we know, for example, in Greek and Egyptian mythology.

The first – no matter how evolved they were, they showed envy, jealousy and resentment to each other.

And the second thing – that they had these positions just as in a company where every one of them has its function, and probably many times a smaller or more important god stalked in front of the boss, or the tool behind his back with whom he knows what plan, as is happening today in many of the world’s companies.

From this point of view, we can realize that even in those times, and even to beings more evolved than the people of that time, things and situations similar to what we are doing today are happening and provoking them. In other words, the Gods – that is, those humanoid beings at that time, were not much better morally than humans. But certainly mentally and intellectually, they were far ahead of people, so they also had the opportunity to manipulate energies and matter. Another equally important aspect of the gods was the appointment of one of them at the head of that group to lead him.

As things anywhere in the Universe rely on Evolution, it becomes logical that the head of each group of gods on Earth should have put one that proved to be the most capable, as a general manager who would coordinate the team would say. And this can only be logically speaking from the merits of the law. Speaking strictly from the perspective of such a being – the God who was leading his group, he had to be very well prepared because coming here on Earth, the conditions were quite different from those in the world they came from.