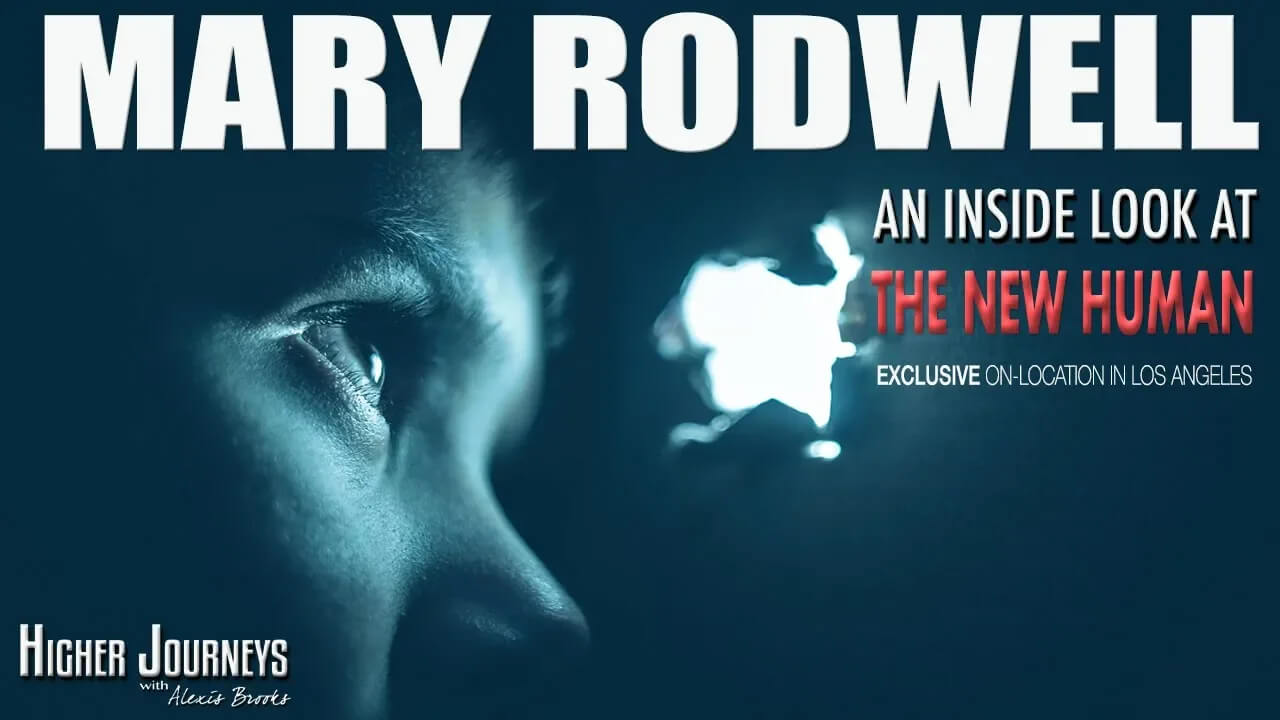 Higher Journeys with Alexis Brooks
Right on the heels of Mary Rodwell’s forthcoming book entitled, The New Human – Awakening to Our Cosmic Heritage, Mary shares insights from her research into the new human including: intergenerational connections with non-human intelligence, human genetic modification, knowledge of “covert agendas,” the misunderstanding of autism, and much more.  Alexis Brooks is a #1 best-selling author, journalist, researcher and talk show host covering alternative news, spirituality and subjects rooted in metaphysics. Her award-winning show Higher Journeys with Alexis Brooks features many of the leading-edge voices of today in consciousness research, UFOlogy and related subjects. Higher Journeys’ growing roster of frequent guests include Emmy award-winning producer and investigative reporter Linda Moulton Howe, ET contact researchers Mary Rodwell and Barbara Lamb, physicist and quantum researcher Nassim Haramein, author and paranormal investigator Rosemary Ellen Guiley, OBE researcher William Buhlman, and near-death researcher PMH Atwater among many others. A veteran of mainstream broadcast media since 1986, Brooks is well known for her sharp line of questioning and inquiry into these critical and transformational subjects and has been called one of the most intelligent, inquisitive, and far reaching interviewers of our time. Brooks’ articles have appeared both in print and online for over a decade. Her work has been featured in Spirit of Change Magazine, Wisdom Magazine, and Fate Magazine among others. Additionally, Brooks is one of the lead editors for the award-winning consciousness website Conscious Life News. Having a broad geographic reach, the Higher Journeys audience spans numerous areas of the globe including the U.S., U.K., Canada, Australia, Brazil, India, and Austria, among many other countries worldwide. In recent years, Higher Journeys has gained wide recognition for its coverage of the ET/UFO phenomenon and regularly features shows on various layers of this important subject. Many consider Higher Journeys their go-to source for all things E.T. and UFO related.  The Researcher As a researcher, Brooks is recognized for her work within the fields of consciousness, non-human intelligence (The ET/UFO subject), synchronicity, precognition and related phenomena. In 2005 Brooks underwent her own transformational experience that she initially referred to as an “energy breakthrough,” which lasted for a sustained period of 90 days. This in part fueled her interest to return to her roots as a professional journalist focusing on topics related to consciousness and alternative subjects. She is interviewed frequently on both radio and television and has been a featured speaker on the subject of animal reincarnation and has included this expansive subject as part of her ongoing research into the unknown. The Author As an author, her debut title Conscious Musings – Contemplations to Transform Life and Realize Potential reached #1 Best-Selling status on Amazon in the category of sociology of social theory on its official release, March 20, 2014 and has also held best-selling status in the categories of metaphysics and cognitive psychology. Conscious Musings has also been named “Most Wished For,” and “#1 Hot New Release” in the category of metaphysics.