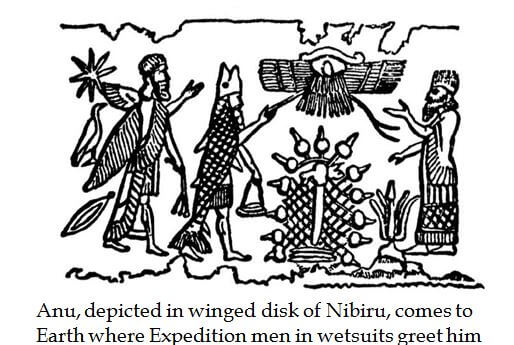 While you are learning all about the Anunnaki, you are going to stumble across a lot of different proper names for various gods and goddesses, one of which is “Anu,” or “An.”  Many of these names are similar and can easily be mixed up if you do not take some time to learn the Sumerian family tree. 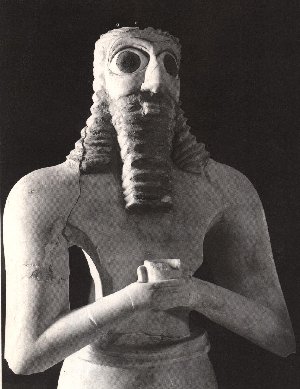 First things first—in case you are still quite new to researching the Anunnaki, I want to make sure you understand the basics before proceeding further.

Depending on whom you are speaking with, the “Anunnaki” may refer to either:

The mainstream view of course only recognizes the Anunnaki as fictitious Mesopotamian gods.

Those who support the alien theory equate the two, but disagree with the “fictitious” assertion.

Their belief is essentially that the Anunnaki are real, literal beings, and that what the ancient peoples of Mesopotamia referred to as “gods,” we would presently call “aliens.”

Now, one of the most important Sumerian gods is the Sky Father, An, known interchangeably as “Anu.” 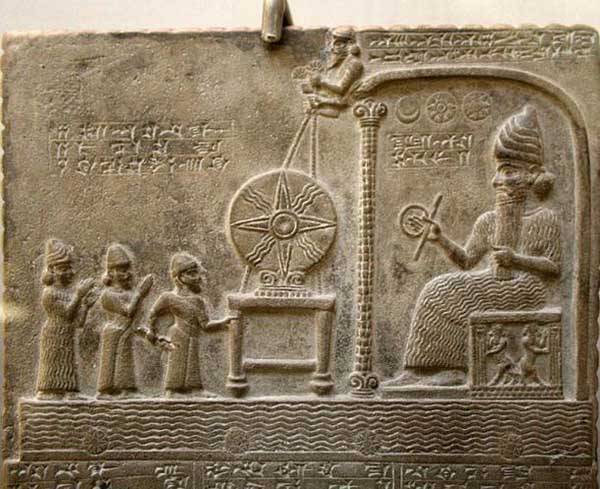 If you want to understand the Sumerian family tree, you need to learn about An.  Studying An can also give you some more insight into the word “Anunnaki.”

Anu, God of the Sky

There are a number of Sumerian tablets and texts which discuss Anu, but not all of them agree on every aspect of his existence (as is typical with any system of mythology).  The earliest texts available for example do not explain where Anu came from at all—as if he was simply there.  Later texts however state that he is the son of two primordial deities known as Anšar and Kišar.

As the Great Father of the Sky, Anu holds the highest position in the Sumerian pantheon—at least in name.  In terms of power, he eventually shares his authority with Enlil and later Marduk (who also in some ways end up surpassing him).

In the Sumerian creation myth, heaven and earth were originally joined together.  Anu had two consorts, Antu, Great Mother of the Sky, and Ki, the Earth Mother.  He had children by both of them.  With Ki, he had Enlil, Lord of the Air and Earth, and Nin-khursag, Lady of the Mountain.  With Antu, he sired Enki, Lord of the Earth and Waters.  These are all very prominent figures in Anunnaki mythology.

Note that there is some confusion over Ki’s identity.  Ki is rarely mentioned in Sumerian texts, and it is unclear who she is and whether she was worshipped as a goddess.

Enlil cleaved apart the earth and heaven after he was born, separating the two forever.  Ki and Enlil assumed direct authority over the earth.  Anu held court in heaven.

I highly recommend that you look at a family tree diagram for the Sumerian pantheon at this point.  You will see that there are a number of primordial gods who came before Anu, and also that he has many descendents through his children.  This helps to give you a broader idea of the context of his reign.  You can also follow the branches of the tree through to see how he is related to more distant descendents such as Ishtar.

Anu As a Source of Authority 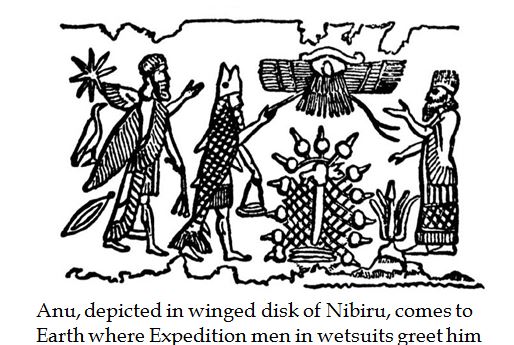 As the original supreme Babylonian deity, Anu was seen by worshippers as the ultimate source of authority.  He was responsible for conferring power on other deities as well as on mortal kings, which is exemplified through a number of stories in Sumerian mythology.

As one example, in the poem Inana and Ebih, Inana/Ishtar reports that, “An has made me terrifying throughout heaven.”

Whenever other deities were given powers of leadership, they would even go so far as to say that they had been given anûtu.  This word quite literally translates as “Anu-power.”

In Enūma eliš, the Babylonian creation story, Marduk (son of Enki and Damkina) rises to the key position of power among the Anunnaki.  When he does, his might is legitimized through a declaration among the gods: “Your word is Anu!”  This phrase can be found in lines 4-6 of Tablet IV.

This is really quite extraordinary when you think about it.  Anu’s power was so deeply respected that in many ways, Anu was power.  It is very easy to read “Your word is Anu!” as “Your word is might!” or something similar along those lines.  That was essentially what it meant.

In other words, even though Marduk had risen to a position of authority which eventually surpassed that of Anu, without Anu, his own power would have had no meaning.  It was defined through Anu.  In this sense, the idea of Anu continued to hold sway, even though the gods were now taking their marching orders from Marduk.

Because Sumerian mythology can be complicated, especially when you are trying to figure out how it all fits together with the alien theory, I want to wrap this up by summarizing the key points that I have covered.  That way you know the main takeaways.

•    Anu is the son of Anšar and Kišar, and the father of Enlil, Enki and Nin-khursag.

•    Anu is one of the most powerful Sumerian deities.  His authority is so central to Babylonian mythology that the other gods evoke his name when power is conferred upon them.  Even when Marduk surpassed Anu, the other gods said, “Your word is Anu!”

•    The word “Anunnaki” is derived directly from Anu’s name, and translates properly to “offspring of Anu.”

So now you are more familiar with one of the key players in Sumerian mythology.

Be sure to also read up on Enki, Enlil and the other gods so that you have a complete understanding of the Anunnak.

Wonderful informative reads, hope this opens a door to you understanding Humanity. Thank you Nancy Thames