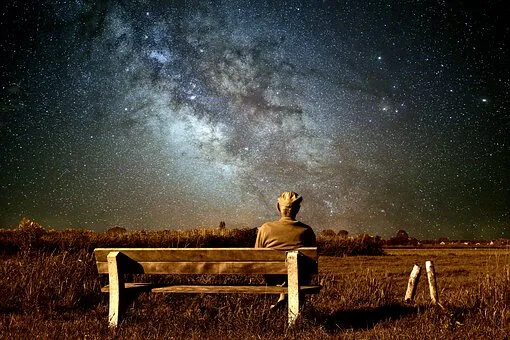 Are humans aliens? Well, if 300 years ago, somebody asked where life came from, then the answer would have been “from heaven” or “God created us.” But nowadays, if a person asks the same question, then science would not be satisfied with the answer and continues to get to the bottom of the truth, trying to figure out how life appeared on Earth.

There is no shortage of versions, but no one has yet received sufficient weighty evidence to turn from a hypothesis into a generally accepted theory. And in search of a key to the main mystery, we again turned our eyes to heaven. What if we all are children of panspermia created by aliens from other worlds?

How were Humans Created?

The idea that life did not originate on Earth but was brought here from outer space first came hundreds of years before modern science. Athenian philosopher Anaxagoras was the first to express the theory that humans are aliens. That time, the term “panspermia” appeared, which can be translated from Greek as “seeds everywhere.” It was these seeds, as Anaxagoras believed, that served as the source of life in the universe. In the era of antiquity, his point of view was too bold and did not take further roots.

In the 19th century, when Charles Darwin laid the foundation for evolutionary doctrine, he remembered the idea of panspermia. Darwin never touched the question “how was life born?” because he understood that his theory would already produce the effect of an exploding bomb in the scientific world.

But the great scientist aroused interest in the topic. Already in 1865, just six years after the publication of “The Origin of Species,” German physician Hermann Eberhard Friedrich Richter suggested that the first microscopic organisms were brought to Earth from space, and meteorites acted as transport.

Gradually, the idea of panspermia began to take root in the scientific world. Already at the end of the 19th century, such prominent scientists as Lord Kelvin and Svante Arrhenius claimed that life could have been brought to our planet from the outside. True, the latter believed that the transporters of life are not meteorites, but fungal spores that move in space under the influence of light.

According to calculations, the probability of spontaneous generation of life on Earth is less. But in conditions other than terrestrial, the alignment may be different. It can be assumed that the first life appeared outside of our planet and then was brought here. The theory of panspermia does not answer the question of how life originally appeared, but only offers a mechanism for its distribution.

Any serious theory needs not only authoritative supporters but also evidence. The search for evidence of the extraterrestrial origin of life began only in the second half of the 20th century. Researchers drew attention to meteorites, in the fragments of which they hoped to detect traces of alien microorganisms.

In 1965, the public enthusiastically accepted the news of the discovery of seeds in the Orgueil meteorite, which, of course, were credited with the extraterrestrial origin. It turned out that those seeds belong to a terrestrial plant; they were placed with the hands of a man inside the shard and disguised. Who exactly did this remains a mystery.

In 1996, NASA announced that tiny fossilized bacteria were found in the Allan Hills 84001 meteorite that arrived on our planet from Mars. This was the time when scientists started to settle their mind on the panspermia theory, but many of them did not agree with the conclusions of NASA experts. The detected structures which resembled bacteria could be formed in the course of simple chemical processes.

Since then, several other research groups have announced that they managed to find traces of extraterrestrial origin in the fragments of other meteorites. But the results obtained each time proved to be very controversial and were not accepted by the scientific community as evidence of the theory of panspermia.

Evidences of Extraterrestrial life In Space

The first evidence that somewhat proves that humans are aliens is due to the flight of Apollo 12 to the moon. In November 1969, while reviewing the components of Surveyor 3, one of the research groups found Streptococcus mitis (a common harmless bacteria from the nose, mouth, and throat in humans) which had perfectly survived the journey to the Moon and back. Such organisms that can tolerate extreme environmental conditions are called extremophiles.

The ability of microbes to tolerate the harsh conditions of outer space was also confirmed by an experiment conducted in 2008 aboard the International Space Station. Or rather, overboard, where the rock fragment was placed. The bacteria that were there managed to live in outer space for a year and a half.

One version of the theory of panspermia states that the spread of life throughout the universe is not necessarily a natural process. Perhaps someone’s mind is behind it. The first serious proponent of this version was the Nobel laureate in medicine, Francis Crick. He suggested that even for a highly developed civilization, traveling between stellar systems and colonizing a galaxy may be impossible tasks. In this case, they want to spread life in the universe in a different way.

According to Crick, the most reasonable solution would be to send the simplest forms of life to other planets, hoping that microorganisms will take root in the new place and give generous seedlings, up to new intelligent species. The scientist did not exclude that life appeared on Earth. Crick believed that in the future, humans themselves could begin to spread the seeds of life throughout the galaxy.

1 thought on “Who Brought Humans to Earth?”