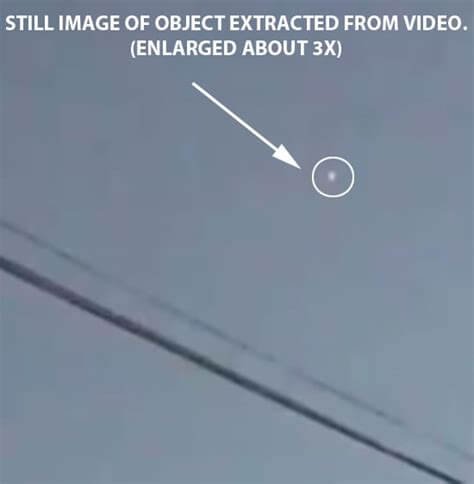 Our last late-reported sighting of December that we will examine took place in Dorchester, Massachusetts on the 26th of December.

At a little after 6 pm, the local resident happened to notice a “white circular object hovering and flashing” while looking out of their window. They watched it move in several directions before seemingly heading toward them. It was at this point when they reached for their phone and began recording the unusual aerial activity.

When they zoomed in with their camera, they noticed how the object was “moving in uncharted flight paths, as if it was trying to get a better look at something”. Once more, then, although it is only a suggestion, there is the notion of some kind of reconnaissance to this UFO sighting.

Furthermore, the witness would claim that the object remained in the sky almost the entire evening. Even more intriguing, the witness claimed that the four objects returned into the same position in the sky and once more acted as though they were scanning the ground below.

The online website where this report was submitted noted that there were no bright planets visible in the area where the incident occurred.