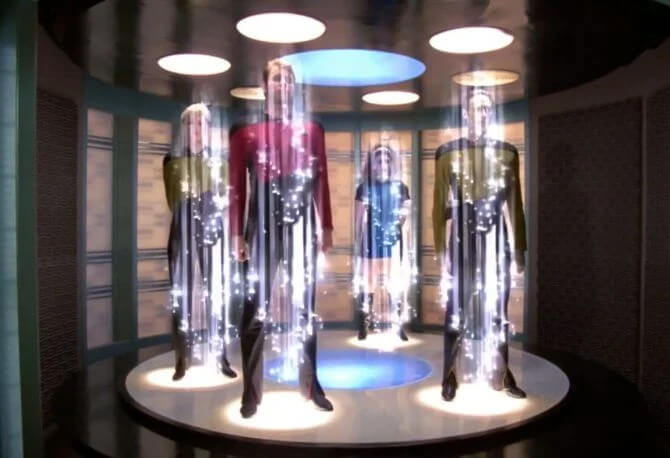 Jun 09, 2020
There are three topics that should never be discussed at the dinner table: religion, politics, and the relative merits of Star Trek vs. Star Wars.

While any debate around the two great science fiction franchises tends to get passionate, we’re going to approach the subject as logically as Spock would. We aren’t going to talk about which canon is better—it’s obviously Star Trek—but instead, we’re going to focus on whose cannons are better.

Let’s take a look at the technology of Star Trek vs. Star Wars and decide which is better…

Before diving deep into this debate, it’s important to set a few ground rules.

We aren’t experts as far as either series is concerned. Instead, we’re going to rely on the work of far more enlightened minds: forum users. Star Trek vs. Star Wars debates have taken place over countless forums for years, so there’s plenty of material to dive into.

Generally, what was considered canon before Disney acquired Lucasfilm and before J.J. Abrams rebooted Star Trek is going to be admissible here as well.

Also, what is shown is going to be favored over what is said. On Quora, Rom Lokken explains that a Star Wars Star Destroyer is reported as being able to generate power equal to one percent of the Sun’s energy output. This is ridiculously inconsistent with the actual observed performance of Star Destroyers in the films.

“For those crying foul,” Lokken writes, “a Star Destroyer that needs that much power (to create the abilities displayed) would represent the most fantastic inefficiency ever conceived.”

One major complication is that, while Star Trek writers at least attempted to create plausible explanations for the technology, Star Wars does what it wants by throwing in random technobabble. When taken alongside the Force, it’s easy to see why some fans consider Star Wars to be an epic space fantasy rather than a science fiction tale.

With all that in mind, let’s dig in.

C-3PO was pieced together from junk parts by a crazy kid, whereas Data was carefully designed and created by a mad scientist. Data also has the advantage of being “fully functional,” hyper-intelligent, and an integral part of the Enterprise crew. C-3PO gets in the way, while R2-D2 is little more than a gun sight on wheels.

Sure, either of these robots can do chores for you, but let’s face it, Data would do a better job every time.

This one’s another simple call. If the Skywalkers lived in the United Federation of Planets they wouldn’t need to worry so much about losing their limbs. Yes, they’re able to get them replaced with cybernetics, but Bones would probably be able to reattach the originals.

Some of you may like the idea of bionic upgrades, but we’d prefer to keep our real arms and legs.

Everything short of instant death—don’t wear a red shirt!—seems to be curable on the Enterprise. With technology like tricorders that can instantly diagnose almost all ailments, Star Trek takes this one with ease.

This one is interesting. Warp speed on Star Trek ships uses a matter/antimatter reactor versus Star Wars ships which use comparatively lower-tech fusion and fission reactors. Looks like another easy victory for Star Trek, no? Perhaps not.

In the Star Wars canon, the fastest ships come in at around 16,500 times light-speed, which is slower than Star Trek ships. But the typical cruising speed is around 11,000 times the speed of light, which is much faster.

So, although the fastest Star Trek ships may be capable of greater warp speeds than Star Wars ships, the average cruising speed of the Federation is slower.

Outside of light-speed drives, Star Wars loses its edge. The Empire’s Star Destroyers are shown to be ponderous beasts, slow to maneuver in real space, unlike the USS Enterprise and other Federation ships, which are practically capable of pirouetting on a dime.

Therefore, we’re going to call this one a tie. Star Trek gets points for the more advanced drives, faster warp speeds, and maneuverability. While Star Wars takes it for average speed, which would be more important most of the time.

Things are heating up.

Weapons are another controversial topic. Boba Fett’s ship, Slave 1, is described as having 64,000-gigawatt lasers and 190 megaton missiles. In contrast, the puny Enterprise-D only has a 3.6-gigawatt main gun and 64 megaton missiles. This is where Rom Lokken’s rule from earlier kicks in.

“Some of the energy readings suggested for Star Wars laser weapons would instantaneously vaporize any unshielded craft, not to mention the atmosphere in between them, in rather spectacular fashion,” he explains. “Nothing in the physical behavior of these weapons supports these values.”

With that established, the case becomes a lot more clear-cut. In his Quora article, Lokken devotes several paragraphs to explaining all the ways in which Star Trek weapons are superior to Star Wars weapons.

“Weapon tech is also no contest. Photon torpedoes travel at warp speed. This means they are unblockable by SW vessels whose reaction time is such that skilled humans can provide superior guidance as compared to their computers (thus their manual firing). Photon torpedoes are matter/antimatter devices whose yields have been described as being able to wipe out cities with a single torpedo. Proton torpedoes are sub-light (and slow) missiles that can destroy city blocks.”

Lokken is equally decisive on the subject of lasers.

“Without going into the difficult discussion around energy outputs of beam weapons. ST beams are computer controlled, use the vastly superior Trek sensors and computer systems and have output that has been described as being capable of destroying the entire surface of a planet. Turbo lasers (save and except the Death Star) have limited firing arcs and while incredibly numerous are dramatically limited by poor fire control and range.”

We have to give it to Star Trek again.

When we started working this article, we thought the Star Wars franchise would put up more of a fight. Instead, we’re combining sensors, shields, transporters, and replicators into a single category to avoid an absolute massacre. All four technologies broadly deal with detecting or manipulating energy. In every case, Star Trek wins out.

The sensors on the Enterprise are orders of magnitude better than anything in the Star Wars universe. Starfleet sensors can scan ships trillions of kilometers away, while ST-v-SW.net concludes that Star Wars scanners seem to be limited to a few hundred thousand kilometers.

Star Trek scanners can read the DNA of opposing crews, while the best offered by Star Wars could only determine that Yoda wasn’t a Wookie.

Although shields are a huge part of the USS Enterprise’s capabilities, Star Destroyers in the Star Wars universe don’t have anything comparable. An X-Wing wouldn’t be able to get through a Starfleet ship’s shields, but can easily get close enough to the Death Star to destroy it.

Star Trek society is post-scarcity. Replicators mean you can create anything anywhere. Poverty and hunger don’t exist in a meaningful way anymore. The opposite is true in the Republic and, later, the Empire. Slavery, hunger, and poverty are all seen in Star Wars, making this another easy win for Star Trek.

Transporters in Star Trek are actually very similar technology to replicators and, once again, Star Wars has nothing of the kind. Kirk and his crew can beam anywhere they want on a whim, while Han Solo is stuck slogging along in his rust bucket.

This is another very easy win for Star Trek. Especially as there are so many Star Trek-inspired home gadgets resulting from all that impressive technology.

The Force is one of those aspects that really takes Star Wars away from being science fiction. Its pseudo-religious undertones and unexplained properties make it very difficult to compare with anything in Star Trek.

Take light-sabers, which only a Jedi can use as they’re reliant on a person’s ability to use the Force. Are they technology? Or are they just magic swords? If they’re technology, then they earn Star Wars a point for having cooler close-combat gear than Star Trek.

But if they’re magic, we’re inclined to dock the series a half-point because it hardly counts as a technological advancement. It doesn’t make a lot of difference to the end result here since Star Trek is already so far ahead, so let’s give Star Wars a point for the Force.

So, Star Trek vs. Star Wars… Who Wins?

When looking at just the technology of Star Wars vs. Star Trek, it’s really no competition. With over double the points, Star Trek takes the trophy. Live long and prosper.

This is the bit where you get to tell us how wrong we are. Of course, we had to skip over lots of different technology from both Star Wars and Star Trek. But there’s only so much we can discuss in a single article and comparing the two series is definitely an art rather than a science.

If you want to revisit each franchise and compare them for yourself, take a look at our breakdown of the different ways to watch the Star Wars movies for the best possible experience.