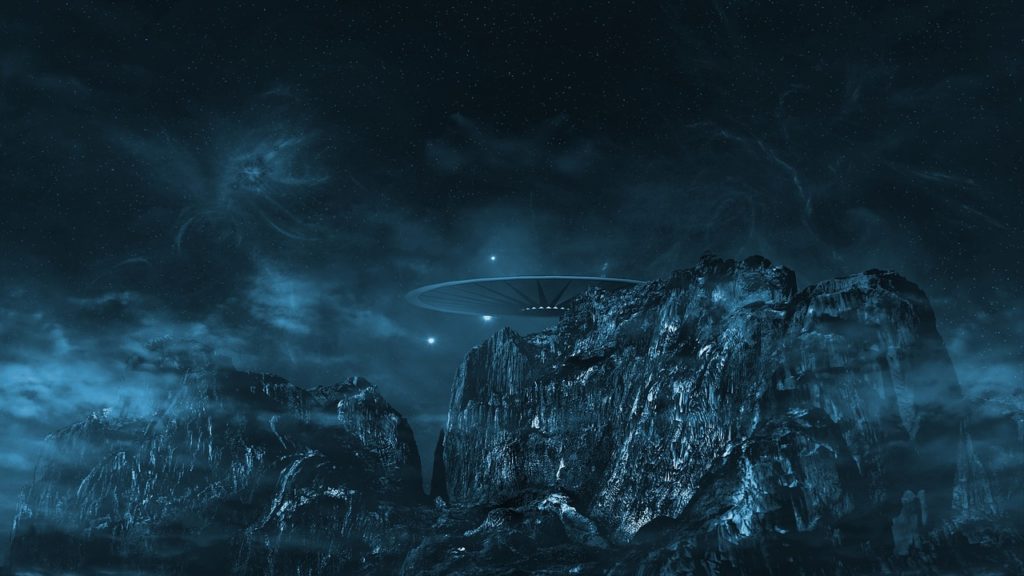 If the galaxy is billions of years old and it took humans just a few decades to visit the moon and launch space stations, why hasn’t single alien spaceship landed on the White House lawn?

We must be the only fledgling fliers in the cosmic neighborhood, as various astrophysicists have suggested for decades. But a new analysis Yes from a team led by University of Rochester astrophysicist Adam Frank suggests a more nuanced resolution to the old paradox. Sweeping across the Milky Way and establishing a unified galactic empire might be inevitable for a monolithic super-civilization, but most cultures are neither monolithic nor super—at least if our experience is any guide. Spaceships break down. Overactive stars roast otherwise desirable targets. Economic crises and government shutdowns kill nascent starships before they get off the ground.

Using a blend of theory and simulation posted last week to the paper database arXiv, currently under peer review, Frank and his colleagues explore the substantial middle ground between a barren and brimming galaxy—one where some civilizations may succeed in going multi-stellar, but without any establishing a spatial and temporal stranglehold on the entire Milky Way.

Astronomers have only just begun to search the stars for signs of technology (called a technosignature), so few feel discouraged by the silence so far (a common quip likens betting against aliens today to concluding that dolphins don’t exist after scanning one pool’s worth of ocean water). What does keep optimists up at night, however, is the argument first elaborated in 1975.

Even at a snail’s pace, the thinking goes, the galaxy is so old that any technological species should have had plenty of time to radiate out to every star in the Milky Way. Yet, we see no evidence of past or present alien cities here on Earth—an observation dubbed “Fact A.” Academics have spilled buckets of ink attempting to resolve this puzzle, known as the Fermi Paradox, with explanations ranging from humanity being placed in a preserve, to everyone else waiting in hibernation for a universe that will better cool their computers.

Many of these solutions rely on guessing how aliens might behave, which never sat well with Frank: “One of the things that always bummed us out when people talked about the Fermi Paradox was that there was always so much imaginary exo-sociology.”

Instead, Frank and his collaborators built the most comprehensive model yet in an attempt to strip fiction from science and answer one question: Of all the possible galaxies we could live in, what kinds are consistent with Fact A?

A number of features set this analysis apart. For one, the researchers included in their simulations the fact that stars really get around. “Even if you don’t have a ship, you travel across the galaxy for free,” says Jason Wright, a co-author and astronomer at Penn State University. “Every 100,000 years or so a new star is the closest, so you hop to that one.”

The team calculated that for a civilization using ships just tens to thousands of times as fast as our vintage Voyager probes, the drifting of the stars shortens the time it would take to spread across the galaxy to a few hundred million years. Put another way, if you squeeze the galaxy’s existence into one calendar year, anyone launching ships by January 7 could have reached every star system by January 14. Now, on December 31, they are decidedly tardy.

This quick crossing time deepened the mystery of Fact A, until the researchers added two other reality checks. First, as Frank puts it, good planets may be hard to find. Some stars have no planets. Many planets may not fit your needs. Or, your dream planet may already be occupied.

Second, no single habitat can endure forever, as humanity is rapidly realizing. Spreading to other stars can extend a civilization’s overall lifespan, but from the moment a new settlement is born its days are numbered. It may last for hundreds of thousands or even millions of years, but at some point, a catastrophe almost certainly will take it out.

By considering a range of settlement lifespans, fractions of suitable planets, recharge times between launches, and other factors, the team calculated how much of the galaxy would end up settled for billions of potential galactic histories, and found three broad categories. The first two represent the common-sense solutions to the Fermi Paradox: If good planets are plentiful and survival is easy, the galaxy should overflow with life. If the opposite is true, no one gets very far.

Many of their simulations, however, fell into a third category—a Milky Way that remains partially settled indefinitely. Speeding across the galaxy in rapid waves may be easy, but administering that territory afterward is next to impossible. Settlements die out, drift apart, and vast swaths of space return to being uninhabited. Some get resettled, others don’t.

“You can end up with this loose network of settlements, Wright says, “where the whole galaxy is settled but any given star at any given moment might not be.”

We may happen to find ourselves in one of the zones that has remained untouched for at least millions of years (the authors point out that if Earth hosted a settlement deep in its geological past, no sign would remain today). If this is the case, Fact A needs no explanation.

Some still prefer other ways of resolving Fermi’s Paradox, such as Anders Sandberg, a researcher at the Future of Humanity Institute in Oxford, England, who suggests that life may just be vanishingly rare. He would like to see Frank’s simulations expanded to cover a wider range of possibilities. “It is a lovely model,” Sandberg wrote in an email, “but the authors restrict themselves to a fairly tight corner of possibility space.”

Astronomer Jill Tarter, whose work inspired Carl Sagan’s novel Contact, praised the team’s ability but questioned how far theoretical analyses can go. “They’re smart folks and probably got the math right,” she wrote in an email, “whatever that means in the absence of any data.”

The authors agree that no amount of theory can replace real searches, but say this analysis bolsters their optimism that technological life could exist in our galaxy, as well as their conviction that the astronomical community should go and look for it. Frank highlights the explosion of known planetary systems, with nearly 4,000 exoplanets discovered since 1992, and looks forward to researchers developing the ability to study these worlds in detail.

“We’re going to look at these atmospheres and see if they have oxygen and methane,” Frank says, “and we may trip over a technosignature. For the first time in millennia of arguing about life on other planets, we live in an era where we’re actually going to have data.”

Well this is some interesting good news . We all need to get some right now with the Global Coronavirus Pandemic still in full swing. Below I put few Quotes to brighten your day!