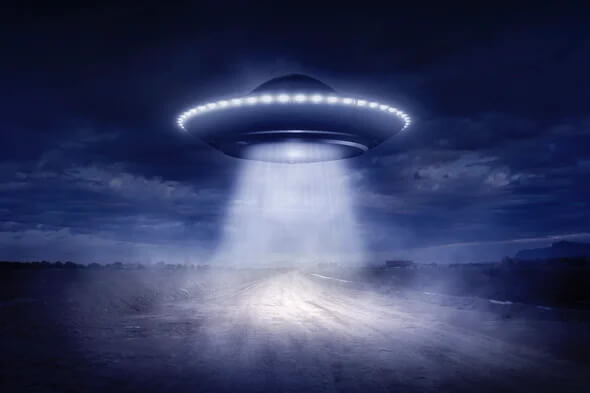 When you’re in an unexplored wilderness, you’d better be quiet, because you never know whether there might be dangerous predators lurking. Unfortunately, Earth has not been following this cautionary principle so far: we’ve been broadcasting radio waves into space for more than a century. If there are technological civilizations within a hundred light-years that monitor their sky with radio telescopes similar to ours, then they may already know about our existence. We could hear from them in the future. Our saving grace might be that chemical rockets, similar to those used in the Voyager or New Horizons missions, would take a million years to traverse that hundred light years. And so, we might be out for prolonged suspense before encountering our cosmic neighbors.

If extraterrestrials eventually arrive at our doorstep, the question is: how should we respond? Clearly, interstellar affairs are not an imminent policy concern for any nation at this moment, so there is no international protocol issued by the United Nations for what to do. We should keep in mind that within a million years, humans might reside on the moon, Mars or free-floating space platforms, and each community might choose to respond differently. It is premature to contemplate a global policy long before it is required.

How much advance warning will we have? That depends on the size of the vehicle used by the ETs. Even without generating artificial light, any alien spacecraft would reflect sunlight. The Pan-STARRS observatory in Hawaii can detect reflected sunlight from objects bigger than a few hundred feet, the scale of a football field, that pass within the orbit of the Earth around the sun. The first interstellar visitor of such size was discovered by this telescope on October 19, 2017, and named ‘Oumuamua—“scout” in the Hawaiian language. The object showed many anomalous properties that made it different from any natural comet or asteroid that we had witnessed before in the solar system, allowing for the possibility that it is a product of alien technology, as discussed in my new book, Extraterrestrial.

If it is, the question arises as to whether it is likely to be a probe intended to spy on us. The chances are small, since it took ‘Oumuamua more than 10,000 years to traverse the entire solar system, and our civilization has obviously not been transmitting signals for that long. Even if ‘Oumuamua is an artificial craft, it is ancient and likely out of commission. Most stars formed billions of years before the sun, and the technological relics that their civilizations launched to space are probably too old to be functional. We can retrieve more information about technological relics by taking close-up photographs or by searching on the surface of the moon (or Mars) for unusual objects that have collected there over the past billions of years. The lack of an atmosphere or geological activity would make the moon’s surface, in particular, like a museum of extraterrestrial equipment.

Are we the smartest kid on our cosmic block? To find out, we should keep our eyes open and search through our telescopes for items from our nearest neighbors, taking proper precaution about a vessel masquerading as a Trojan Horse. There might be plenty of small, fast-moving objects that are constantly traveling through the solar system and that we fail to recognize given the limited sensitivity of our telescopes. It would be interesting to search for them in future data streams from the Large Survey of Space and Time (LSST) on the Vera C. Rubin observatory, which will start monitoring the Chilean sky in less than three years. In addition, my student Amir Siraj and I have shown that a global network of several hundred optical cameras on Earth can identify flares from interstellar meteors entering the Earth’s atmosphere at an unusually high speed of up to the speed of light.

The Laser Interferometer Gravitational-Wave Observatory (LIGO) discovered gravitational waves only after the National Science Foundation (NSF) invested $1.1 billion in it. Similarly, we should expect to find extraordinary evidence for ETs only after we invest major funds in a search. It would be most appropriate to allocate taxpayer funds to the search for our cosmic neighbors, given the major impact that such a discovery would have on society—far exceeding the implication of discovering gravitational waves.

Putting our hands on a piece of alien technology would change the way we perceive our place in the universe, our aspirations for space and our philosophical and theological beliefs. Our psychological shock would resemble the one encountered by my daughters when they met kids smarter than they were on their first day in the kindergarten.

Or we could choose to stay ignorant about our neighbors until they show up. This would be equivalent to my daughters choosing to stay at home. The possible existence of ETs will not go away if we ignore them, just like the Earth continued to move around the sun after religious authorities refused to look through Galileo’s telescope. The dinosaurs dominated the planet for many millions of years, but their reign was abruptly ended 66 million years ago, when the giant Chicxulub rock showed up on the sky, on a collision course with Earth.

1 thought on “What Is The Plan If ETs Show Up?”