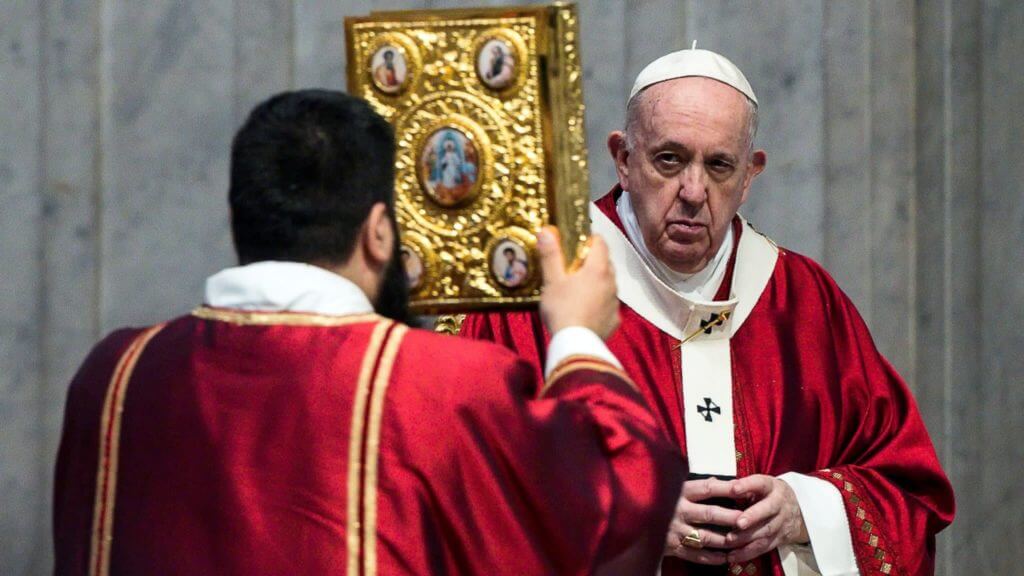 As the Associated Press reports on July 29, 2020, the Vatican and the Catholic Diocese of Hong Kong have been targeted by Chinese hackers believed to be in the service of the Chinese government. There was no immediate comment at the Vatican and it was only now, after a report by The New York Times, that everything became known.

When it comes to cyber espionage, the Vatican may not seem like an obvious target. However, it has now been targeted by hackers who appear to be linked to China.

China and the Vatican are expected to begin negotiations in September to renew an agreement on control of the Catholic Church in China. Chinese leaders may look an edge – inside knowledge about how the Holy See was planning to approach the negotiating table, according to a report released by Recorded Future, a company that investigates threats in cyberspace.

The report states that the hackers were targeted the Vatican, the Diocese of Hong Kong and its head, the de facto representative of the Pope in China. In addition, according to the report, China used malware to gain access to the Vatican ‘s internal networks.

China’s Foreign Ministry generally denies any involvement in the incident, calling the report “baseless speculation.” The attacks continued from May until at least July 21st. They included, in particular, an explicit phishing attempt with documents from the Vatican State Secretariat, as it were, sent to the head of the Vatican mission in Hong Kong.

Phishing is a type of Internet fraud, the purpose of which is to gain access to confidential user data. This is achieved by sending mass emails on behalf of popular brands, as well as private messages within various services, for example, on behalf of banks or within social networks.

The letter often contains a direct link to a site that looks indistinguishable from the real one, or to a site with a redirect. After the user lands on a fake page, the scammers try, using various psychological methods, to induce the user to enter their username and password on the fake page, which they use to access a specific site, which allows the fraudsters to gain access to accounts and bank accounts.

According to a report released by the American service Recorded Future, which tracks cyberattacks, the hacking attempt was carried out by a group called RedDelta and began back in May with the possible aim of September negotiations to renew the interim agreement on bishop appointments.

China is home to about 12 million Catholics, who are divided into two groups: one part belongs to the government-backed Chinese Catholic “patriotic church association”, which is outside the power of the Pope, the second, a very small part – is something like a “catacomb church” devoted to the Pope. The Chinese authorities are persecuting the parishioners and, especially, the priests of this church.

In 2018, in order to unite the flock between China and the Vatican, a sort of agreement was signed on the joint appointment of bishops, which would suit both parties. In September 2020, the agreement was to be renewed, therefore, as the official Vatican said – “The proposed invasion of RedDelta will give Beijing an understanding of the negotiating position of the Holy See ahead of the resumption of the deal in September 2020.” But is it really so?

In fact, China and the Vatican are kind of twin brothers. China, which has dramatically gained strength over the past decades, did this exclusively through the efforts of globalists, who for 30 years pumped money and technology there.

On the other hand, although there is no direct evidence that the Vatican is, as it were, the spiritual leader of globalism, nevertheless, there is enough circumstantial evidence and there is even an opinion that the Antichrist will be appointed by the Vatican, which wants to destroy Israel, capture Jerusalem and plant there for the kingdom of his world king.

Therefore, it is hard to believe in some kind of confrontation between the Vatican and the PRC, especially since the essence of the issue is, as it were, feeding a flock of a couple of million sheep, which for China is nothing. Hence, one must think that the Chinese hackers decided to gain access to the computers of the main bosses, containing information that was not shared with Beijing for one reason or another. But what information could this be? And what is the reason for this urgency?

The Vatican undoubtedly keeps many secrets and with at least one eye to look at its secret libraries, many would like to at least have a quick peek at at the names of volumes. However, there are big doubts that the antediluvian manuscripts were translated into digital and placed on the server under the Pope’s bed, so rather there is some current data.

Therefore, given the ever-growing rumors about the Earth entering the asteroid cloud, which are trailing behind the Planet X that entered the solar system, one can think that the information of this plan has become the target of the hackers. That is, information about when to run to the bunker and escape. Xi or some other of his comrades might not have been told, so they decided to clarify everything on their own. But no one will tell us what the hackers have dug up, so we will have to wait and see.