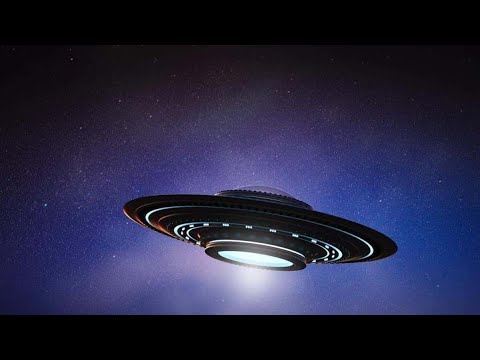 “Signature management” is a phrase most people would be unfamiliar with. I only became interested in it when reading the US government UFO report released by the Director of National Intelligence in June this year. According to the report, UFOs appear to use signature management.

What is signature management?

We all give off what could be described as signatures, or clues, to our presence. In a military setting, these signatures can reveal the presence of soldiers or equipment in a conflict situation, so hiding or minimizing them can be a strategic advantage – hence, signature management.

A simple example of signature management might be camouflage clothing which hides someone or makes it more difficult for the person to be seen.

What does signature management have to do with UFOs?

The books, lectures, addresses, journals and newsletters of The Aetherius Society detail extraordinary insights into UFOs, their technologies, the people who operate them, and, most importantly, the reason they are visiting us. This information comes through and from Dr. George King, founder of The Aetherius Society, who was in contact with extraterrestrial Spiritual Masters from 1954 until his passing in 1997. A study of these materials reveals many examples of what could be described as signature management technologies.

Here are a few examples of how UFOs may, or may not, use signature management.

Camouflage clothing may protect someone from being seen by another person, but it doesn’t help when it comes to being seen by infrared technology which shows the temperature of objects. Through an infrared camera a human body would be visible because of the heat it gives off.

The combustion engines of motorized vehicles also generate heat when in operation as well as releasing heat through their exhaust system. For a combustion engine to be hidden from an infrared camera, some method of reducing, hiding or disguising the heat would be required.

In the book Contacts With The Gods From Space, Dr. King reports that UFOs are powered not by combustion engines, but by an advanced system of magnetic propulsion. We don’t know how this works but this sort of advanced technology would not generate heat in the way a basic combustion engine would generate heat, or perhaps not even any heat at all. So if a UFO was observed through an infrared camera without showing any trace of heat then the military may consider this a form of signature management, but it could be that this is just a consequence of their superior propulsion technology. There is simply no heat, or signature, to be managed.

UFOs can use signature management in relation to radar. UFOs are protected by a magnetic force screen which interferes with radio reception. Radar technology uses radio waves, and “jamming” – or interference – with radio signals is often reported when UFOs are observed as this can interfere with how UFOs are tracked on radar.

This force screen also causes photos taken of UFOs to be blurry which is one of the reasons why it is so difficult to obtain good photos of them.

If an object breaks the sound barrier it makes a sonic boom. UFOs, however, have been observed to break the sound barrier without making any sound at all. This could mean they are managing the sound signature as they do this, but it could also mean their whole system of flight is completely different to what we imagine. Their technology is so advanced that it’s possible that there is simply no noise produced when they move faster than the speed of sound.

Why do UFOs exhibit signature management?

It’s important to note that none of these examples are because UFOs want to gain an upper hand over us in a military sense. Their technology is so vastly superior to ours that the idea of us being any kind of threat to them is laughable.

The only thing more laughable is the idea of them being a threat to us. They have such superiority over us that if they had wanted to exercise this they could have done so long ago and our civilization would no longer exist! Even more of a reason than this, though, is the fact that, throughout our history, they have worked tirelessly to protect and guide us as we struggle to evolve, as has been extensively documented by The Aetherius Society.

Signature management could also be used by UFOs as a way of demonstrating their superiority in a subtle way, without causing us harm. There are many other instances of them appearing to do this – for example, disabling nuclear missiles has been reported multiple times. In another report a UFO being observed by an aircraft appeared to disappear, only for the radar operator to inform the pilot that it was now waiting for him at his predetermined rendezvous point which was known only to a handful of people. In this case the UFO didn’t appear to have any reason to do this other than to demonstrate that it knew where this location was.

The example of Satellite Number 3

The Aetherius Society has, since the 1950s, reported on the presence of a large extraterrestrial satellite that comes into orbit of Earth four times per year known as Satellite Number 3. The controllers of Satellite Number 3 have chosen to make themselves invisible to the human race, so this would count as a form of signature management. Here are the words of Dr. George King from his book The Nine Freedoms describing the reason Satellite Number 3 comes into orbit, as well as how it remains undetected:

The Third Satellite is a colossal spacecraft controlled by the Martian Adept—Mars Sector 6. This comes into an orbit of Earth for several periods each year, the dates of which are always given beforehand and published in Aetherius Society material. The periods of these orbits are called, “Magnetization Periods.” During a “Magnetization Period,” all truly selfless spiritual activities performed on behalf of mankind are potentized exactly 3,000 times because of the highly concentrated and carefully balanced energy waves radiated from Satellite No. 3. So finely are these energies combined and manipulated by the expert astro-metaphysicians on the spacecraft, that never can they be used wrongly or for selfish purposes.

The Satellite is totally invisible to physical human eyes and it cannot be detected by radar.

Invisibility of the Satellite is brought about by revolving the photons, which would normally be emanated by light reflection from the hull of the craft, in a 360 degree arc within the magnetic force screen around the vessel.

The Satellite cannot be detected by terrestrial radar because the particle emission radiated through the radar antenna is not allowed to be reflected after collision with the mass of the vessel. These energies are absorbed into a special screen around the spacecraft thereby making radar detection impossible.

There are good reasons for the Space Intelligence’s adopting both of these precautions. It should be pointed out that when any energy is reflected by an object, the energy particles are, to some degree, conditioned by that mass through collision.

So minutely exact are the energy radiations from Satellite No. 3 that their delicate balance and predetermined results would be upset by normal light reflection and certainly by radar pulse reflection.

It is difficult for ordinary Earth brains to fully appreciate a science as exact as that practiced on Satellite No. 3, but careful study and applied common sense will soon tell you that in order to be able to clearly predetermine a psycho-spiritual result, all interfering factors must be eliminated from the chain of progress which eventually leads up to that result.

It is an incredibly sophisticated spacecraft of compassionate extraterrestrial beings with the selfless motive of helping us using their advanced technology and deep understanding of God.

While insights into their technology and how their craft operate are fascinating, of far greater importance is their message and the example they provide us of how to live.

The Cosmic Masters work tirelessly to help us and their help is freely available to anyone with the right motive who wishes to use it. They are an outstanding example of service to others.