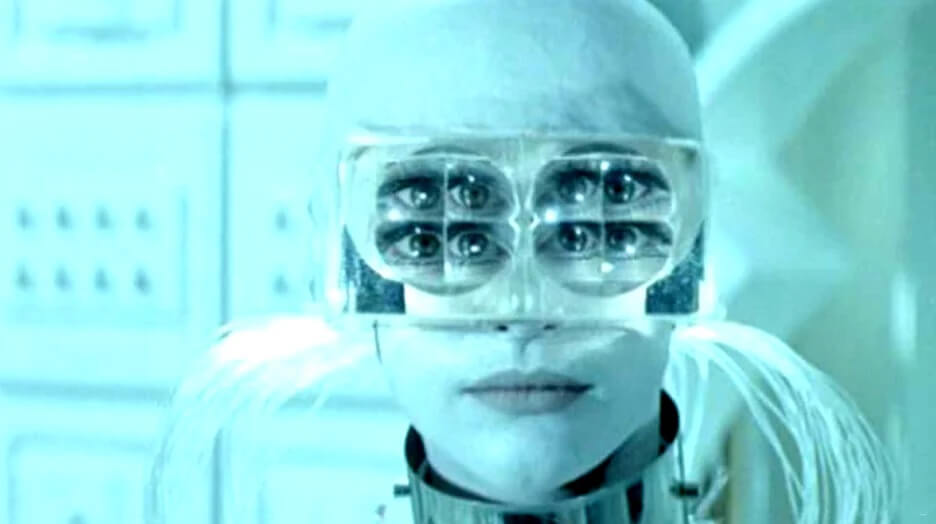 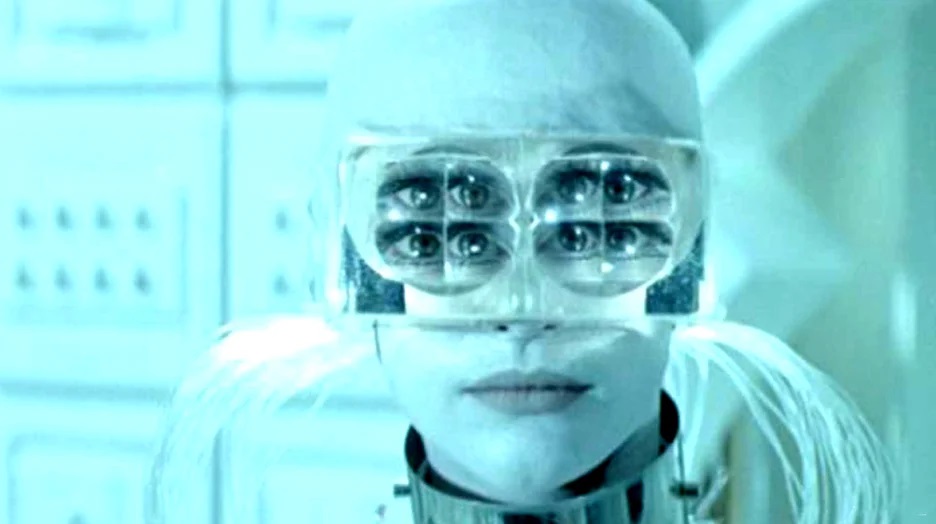 What would be missing from a disaster film in which volcanoes erupt, fires burn, and a pandemic tries to kill everyone on their way? Aliens of course! The other day, the Pentagon pleased all the ufologists of the world, recognizing the authenticity of the UFO videos shown earlier, shot by pilots of the U.S. Navy in 2007 and 2017. In total, three records were published on which an object, similar to a fly on the lens, moved smoothly, dissecting the airy surface and surprising the pilots.

According to David Fravor, one of the pilots, during an exercise in the Pacific Ocean, 160 kilometers from San Diego, an unknown “ice mass” or “dark matter” appeared from the water. He describes the object as “shapeless and extremely mobile.” Skeptics hastened to assume that the impressionable commander saw an ordinary submarine, but he thought differently, as a result of which he was ridiculed upon arrival at the Nimitz aircraft carrier.

UFO videos are usually very distorted, and pilots in reality see everything differently

Commander David Fravor said they were ordered to track an unidentified object that appeared over the ocean at an altitude of 24 kilometers, then decreased by 18 kilometers and disappeared. Once at a given point, the pilots saw a trace in the ocean – the waves were breaking on something big. An oval object about 12 meters long hung above this place at an altitude of 15 meters. It moved randomly back and forth. When the fighters began to descend, the object rushed towards them, and then flew away sharply “I have never seen such an acceleration,” said Fravor.

The Pentagon explains its action to confirm the videos as the desire to put an end to and get rid of rumors. The “program for advanced recognition of air threats” ran from at least 2007 to 2012, and it cost taxpayers at least $ 22 million. This was announced at the Pentagon in response to requests from The New York Times, Politico and The Washington Post.

Most of the money allocated from the budget went to a private contractor, Bigelow Aerospace, whose founder, Robert Bigelow, is a staunch supporter of the theory that aliens have visited Earth. Bigelow stated that he was “absolutely convinced” of the presence of aliens among us. Now Bigelow is busy with a very important business for his kind of people – the construction of a space hotel, the deadlines for which have already been postponed three times. The opening date is presently scheduled for 2022.

Conspirologists have long shown us various ancient monuments that clearly prove the existence of UFOs : these are numerous falsifications like artifacts from Burroughs caves, and speculations about famous images, such as the icon of the prophet Elijah in a chariot or the “Annunciation” by Carlo Crivelli, which allegedly depict alien ships.

However, modern researchers are inclined to believe that the era of the appearance of UFOs began very recently. The first comparison of the shape of a UFO with a saucer belongs to Texas farmer John Martin, who saw in 1878 a strange orange object in the sky resembling a large flying saucer.

Later, rumors about UFOs acquired a completely different character, up to the absurd. For example, ufologist John Kiel describes a case in which a woman claimed to have seen a UFO that read “UFO” on it ; there is a known case where a UFO had an image that looked like a stylized drawing of lightning against a circle; Kiel also described “wheelless cars traveling through deserted places a few inches above the ground,” mentioned “giant gondola-like cars with many rows of portholes soaring over the Kaitatini Mountains in northern New Jersey .”

A similar incident also occurred with the American businessman Kenneth Arnold, who was flying his own plane over the Cascade Mountains and suddenly saw that “a chain of objects moving like saucers across the water, like thrown flat stones, stretching for at least 5 miles, tacked between high mountain peaks.” The case in the Cascade Mountains had a wide public outcry and became a reference point for the general attraction of Western culture to the UFO phenomenon . Moreover, alien ships in the 40s were very popular among patients in psychotherapy rooms.

But can the lion’s share of the observed objects simply be a collective“ malfunction in the matrix?” “, Mass hallucination, psychosis, or does this phenomenon have a different explanation? After all, it happens that one person sees a UFO, and sometimes the phenomenon acquires a mass character, so that the whole village is romantically watching the effect, as if in S. Spielberg’s film “Close Encounters of the Third Kind”. Some UFO phenomena can be explained to the world with the“Mandela effect.” The bottom line here is that several people have the same memories of an event that contradicts real facts. The “supernatural adviser” Fiona Brum explains this discrepancy with the multiplicity of worlds or the “ multiverse” interpretation of quantum mechanics.

In the absence of an observer, electrons and other subatomic particles scatter like waves, but it is worthwhile to establish observation and their behavior changes. In fact, until they are watched, particles seem to exist in several places at the same time.

However, Brum believes that collective memories are not in fact false, and that she and others who remember the past were actually in a parallel universe with a different timeline that somehow intersected with ours.

UFO species (according to eyewitnesses)

Western ufologists often call UFOs that look like solids, that is, by type consisting of matter. Some of these objects may even look metallic. Solid objects are divided into several different subspecies: disk-shaped, triangular, spindle-shaped (these are objects in the sky in the form of two cones with a common base. It was reported that they flew with the axis of symmetry perpendicular to the ground), ovoid objects. see, for example, “Case at Socorro,”

As an example, in the morning of February 25, 1942 at Los Angeles, there was an encounter with unknown flying objects, at which the US defense “aircraft” opened fire with anti-aircraft installations, firing around 1430 shells. One of the objects, according to witnesses, was still hung on the air, despite the fact that the shells exploded near it. There are also the screw types flying devices – rod-shaped objects ranging from a few centimeters to several tens of meters.

UFOs that do not produce the impression of a substance, in particular, a mysterious glow, fog with unusual properties, lights are called “soft” objects . Sometimes one person can take what he sees as a ghost, and the other as a UFO. Will they both be right? Maybe. After all, luminous silhouettes and objects make UFOs and their “inhabitants” related to angels and ghosts materialized in spiritualistic sessions, and contacts with UFOs – with religious visions and trance.

Alternative biochemistry is studying the possibility of the existence of life forms that are characterized by biochemical processes that are completely different from those that have arisen on Earth, the so-called non-carbon life forms. Differences include the replacement of carbon in the molecules of organic substances by other atoms, as many scientists have expressed, but no one has proposed a theory that describes the possibility of reconstructing the whole variety of compounds necessary for the existence of life, but often such phenomena can be found in fantastic literature.

The possibility of extraterrestrial life, based on “alternative” biochemistry, is not only a general theme of science fiction, but is also considered in a scientific context.

Among the most likely candidates for the role of a structure-forming atom in alternative biochemistry, silicon is called. It is in the same group of the periodic system as carbon, their properties are very similar in many respects. However, silicon atoms have a larger mass and radius, they are more difficult to form a double or triple covalent bond, which can interfere with the formation of biopolymers. Silicon compounds cannot be as diverse as carbon compounds.

But for now, we can only dream about space and be content with confirming the inexplicability of a flying object recorded on video by a pilot. We decided to assume …

Life on Earth is based on three biochemical “requirements” – carbon, water and DNA. If you replace any element with something else, life will go along a completely different path of development.

What would happen if gravity were twice as powerful on Earth? To begin with, humanity would hardly continue to walk on two legs. In addition, legs would become much shorter and the bones larger. All life forms of the Earth would decrease in size and begin to live less. If we halve gravity, the picture would be completely opposite.

The lack of water on other planets does not necessarily lead to the fact that life cannot be born there. Liquid ammonia may well act as a substitute for water, since it shares most of its properties.

Until recently, it was believed that only DNA can ensure the existence and development of life. But recently, scientists were able to synthesize XNA (xenonucleic acid), which also stores and transmits genetic information. Aliens also could well dispense with other proteins in their body.

The Earth provides its inhabitants with many different biomes – tundra, seas, steppes, tropical forests, deserts, etc. In each of them, organisms adapt to their own environment and look completely different. Should we explain the difference between deep-sea fish and the steppe eagle? And what will the alien creatures look like after that?

7. Aliens can change their appearance

Human civilization has evolved very quickly – at least we think so, but if the aliens had more time to develop their technology, they could learn to change their appearance at their discretion.

According to the most rough estimates, about 200 billion orphaned planets are wandering in our galaxy, not attached to any known star. Despite this, it is possible that intelligent life could also develop on them if a different source of energy existed. If only she looked incredibly alien.

There is a considerable chance of finding alien robots instead of the organisms we are used to. Either because they replaced biological bodies with mechanical ones, or were originally created in this form.

10. The factor of chance

The factor of chance on the scale of even a galaxy, not like the Universe, plays a huge role. Of course, we would like the aliens to look like us, but the chances of this are close to zero. Do not forget about it, if we still manage to establish contact at one point.

This is how we present them.

Beyond the borders of distant stars, we can only imagine what wonderful and magical creatures live in the constellation Milky Way. Not that this is your regeneration, x-ray vision, or stone skin.