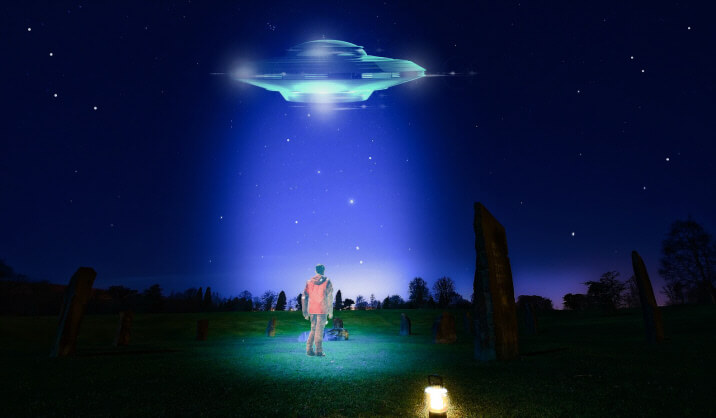 What are the real questions when it comes to the UFO phenomena? If we dedicate some time on the serious UFO research available and scratch beneath the surface we will realize that we can no longer doubt if the phenomena is real or not. That is no longer the question.

The phenomena is real. Thousands of cases have been documented by serious researchers. Many of the cases include multiple witnesses that range from a couple to many thousands. Also, similar UFO testimonies, have been documented during the same period of time across a range of locations. For example similar types of UFO shapes are often sighted on the same day or a few days after in disparate locations. Cases are not confined to the last decades, it is just that in the last decades researchers have been dedicated to investigate the growing UFO phenomena. The phenomena is not new; in fact, there are many cases of UFO incidents in world history (such as that documented by ancient historian Plutarch).

So if a serious look into the phenomena reaches us to the safe conclusion that the UFO phenomena is real then what are the important questions we have to ask? Well, “What are UFOs?” is the obvious one. The first thing we assume that they are of extraterrestrial origin. But maybe the answer is not that straight. Maybe some are extraterrestrial or maybe they come from other dimensions (meaning that they do not belong to beings that are confined to the dimensions of time and space). It could also be that they are from our planet, maybe from an unknown species that live in remote areas of the planet or underground, or maybe they belong to some countries that have developed extraordinary secret technologies. Let’s not forget that it could also be a combination of the above. We do not know!

Another question is “Why do they make themselves known?” Why does it seem that they are increasingly not trying to hide from us? They obviously seem to have the technological level to make themselves unseen to the human eye but the owners of these aircraft choose to make themselves seen. Almost all UFOs sightings site bright lights and assortment of lights as one of the main characteristics of these craft. In some cases, UFOs have communicated by sending light signals. Bright lights, appearing in front of thousands, why? We cannot give a definite answer but only make some hypotheses. Maybe it’s all part of a greater plan that we do not understand that has to unfold gradually and steadily. Maybe they just want to make themselves known to expand our understanding of the universe and stop being confined to a human-centric way of perceiving things.

If they have such great technology they can obviously take over the world. So why don’t they choose to do so? If we are assuming non-human occupants, maybe they abide to a different code of ethics that support non-intervention and letting each species take charge of its own fate.

If you take close look at testimonies involving close encounters then things become even more complex. So many more questions come to mind. At this moment the only sure thing is that the phenomena is real.