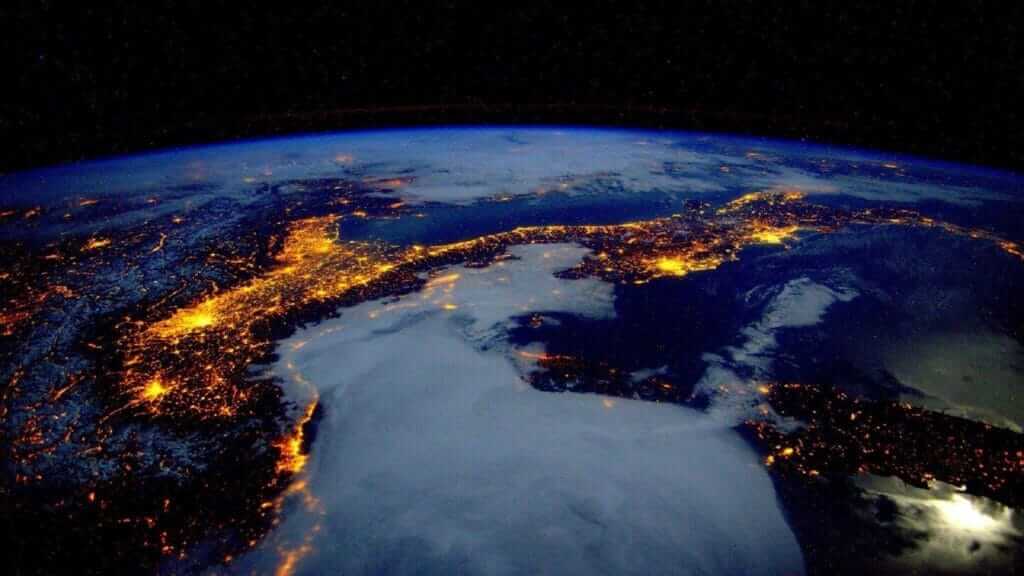 We may be a tiny speck in the universe, but the Earth is a beautiful site from Space. With massive man-made structures and giant natural wonders, there’s plenty of spectacular sights that can be seen from the space stations orbiting the Earth. From the world’s biggest rivers and mountains to ancient pyramids, we look at the most incredible sights on earth that can be seen from space.

1. The Great Pyramids of Giza, Egypt

The Great Pyramids of Giza are one of the most incredible sights on earth. They’re the oldest of the Seven Wonders of the Ancient World, and they can also be seen from space. These tombs were created by the Ancient Egyptians some 4,500 years ago, and since then, humans have found a way to view them from outer space.

The pyramids were first photographed in 2001 by NASA astronauts. You can see all three of the pyramids, but the Great Pyramid of Pharaoh Khufu is the most impressive. It was built around 2,500 BC and stands at 230 square meters wide and 146 meters high. That’s taller than 29 double-decker buses!

If you wanted to see all of the Grand Canyon, you would need to hike every inch of this 446 kilometer-long canyon in Arizona. But the astronauts of outer space get to see it all at once! The Grand Canyon is so huge it looks like a winding river from space.

It’s one of the Seven Wonders of the Natural World and over a billion years old. The canyon attracts millions of visitors each year, and it’s stunning at all angles, whether you take a helicopter tour or hike the bottom of the canyon.

The Himalayas are home to Mt Everest, the highest mountain on earth. They’re also made up of 110 other mountains standing at over 7,300 meters – so it’s no wonder you can see the Himalayas from outer space.

The famous mountain range covers around 75% of Nepal and also stretches across China, Bhutan, India and Pakistan. These snowy peaks provide some of the most breathtaking views in the world, but they’re just as beautiful from the cosmos.

Australia’s Great Barrier Reef is another one of the Seven Natural Wonders of the World that can be seen from space. The spectacular reef stretches for over 2,600km and is made up of over 900 islands and 2,500 individual reefs.

It’s home to billions of coral polyps and thousands of tropical marine species and is the world’s largest living organism. NASA has shown us that the Great Barrier Reef and its psychedelic colours are just as stunning from outer space.

The Amazon is the second largest river after the Nile, although it’s sometimes considered the longest. It stretches for over 6,400 km through nine countries in South America, with a distance equal to that of Rome to New York City.

It’s so big that even if you zoom out with a camera from outer space, you cannot capture the whole river. Satellite images of the Amazon make it look like a sand-coloured snake against the deep blue and green of the lowland Amazon forest. It’s especially visible when the river floods its tributaries.

The glitzy city of Dubai is famed for its extravagance – and the Palm Islands certainly live up to the reputation. Lying off the coast of the United Arab Emirates, the Palm Islands are one of the world’s most ambitious engineering projects. They are planned to consist of three artificial islands – Palm Jumeirah, Palm Jebel Ali and Deira Island.

Construction began in 2001, but only Palm Jumeirah has been completed and it can already be seen from space. It’s the world’s largest artificial island, built from around 110 million cubic meters of sand. The island is shaped like a palm tree topped with a crescent and it’s believed that the remaining islands will be shaped like the solar system. So the astronauts will be looking at space from space!

The world’s largest delta makes for a stunning view from the orbits of Earth. The Ganges stretches for nearly 350 kilometers across India and Bangladesh and is the last remaining habitat of the Bengal tiger. It’s as culturally significant as it is environmentally, and it’s the site of many holy ceremonies and festivals.

The Maha Kumbh Mela festival is held every 12 years and brings millions of people per day to the pilgrimage site in Allahabad. It’s the world’s largest religious festival and is so big that astronauts can see the crowds of people from space.

Covering almost 30,000 hectares, the Greenhouses of Almería in Spain are the world’s largest concentration of greenhouses. The sea of plastic greenhouses reflect dazzling sunlight in the daytime and can be seen clearly from space.

They produce nearly 3.5 million tons of fruits and vegetables each year, so if you’ve ever eaten a piece of fruit, chances are it came from Almería. It’s a shame the astronauts in orbit can’t beam up a tomato or two.

The River Thames is one of the most famous rivers on earth – and in space. When astronauts glide over London, they can see the iconic river winding through the city.

The Thames has a length of around 14,250 square kilometers and is nearly 29 kilometers at its widest. So whether you take a boat tour along the Thames, or see it from space, this massive river is sure to impress.

The Kennecott Copper Mine in Utah is one of the largest open-pit mines in the world and is so big it’s visible from space. The mine is over four kilometers wide and 1.2 kilometers high – which is taller than two Empire State buildings stacked on top of each other.

Kennecott has been in operation for over 100 years. It is believed to have produced more copper than any other mine, with an extraordinary 19 million tons. The enormous pit is expected to keep expanding until 2030.

The world’s cities illuminated at night make for some truly beautiful satellite images. Astronauts can identify most of the world’s big cities at night, with vast areas of land lit up like a Christmas tree. The artificial lights are so bright, they seem to create their own constellation.

Some of the most visible spots are Belgian highways, with 335,000 lights on 150,000 lampposts, while beloved cities like London, Paris, Tokyo and San Francisco look like a warm orange glow on the earth’s surface.