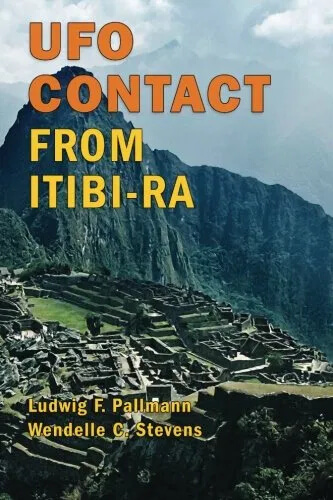 Among many unbelievable stories about contact with E.T.s, Ludwig Pallmanns story is the most unique. This German mill-machine seller made his first contact with other wordly being on a train on his journey to India.

Pallmann was born on August 20, 1928. He visited India in the 1960s on a business trip but failed to set his business both in Mumbai and Chennai. So, he decided to explore the country as a tourist.

On October 10, 1964, Pallmann bought a train ticket to travel to Madaras (now Chennai). He wrote in his book “UFO Contact From Itibi-Ra” that he met with a stranger who called himself “Satu-Ra” on a train and could only talk through a device on his chest. As Pallmann was a linguist, he knew several languages and noticed that Satu-Ra was fluent in English but hesitated while changing a sentence.

Pallmann was surprised by Satu-Ras kind behavior and thoughtful mind. He also experienced an amazing incident while traveling with the stranger. At one moment, Pallmann noticed him giving a healing pill to some poor people which healed them immediately.

According to Pallmann, Satu-Ra “had the light brown skin of a Eurasian, huge dark eyes, a rather small mouth, and an unusual chin line. The lower part of the jaw looked slightly deformed. Then there were those fingertip-gloves, which he seemed to wear all times,” even though the weather was hot.

While being in his hotel in Madras, he was offered by someone to visit a nearby art gallery, where he again met Satu-Ra. Satu-Ra showed him some arts depicting “ancient gods of India in flying machines.” Later, he found similar arts of pre-Columbian gods with UFO/saucers. He received a gold ring that would glow strangely from Satu-Ra during his second meeting, which was actually a communication device.

The next day, Satu-Ra introduced Pallmann to his beautiful sister named Xiti who wore the same clothes as the locals to avoid grabbing attention. She also carried a kind of ointment with herself to heal poor people. Pallmann left India on October 27, 1964.

In two years, Pallmann was in Lemu, Peru for his business at the end of 1966.

Once, Pallmann caught a serious illness and thought he would die because of pain. He was in the hospital in Lima when his ring illuminated in the middle of the night and he found Xiti by his bedside. According to Pallmann, he got relief from his pain and healed after Xiti gave him those miraculous pills.

In some time, he visited a secret place in the jungle along with Xiti and Satu-Ra. Satu-Ra took him and Xiti to someplace outside Huancayo near lake Junin in Peru and when it got dark, Pallmann saw an extraterrestrial craft landed on the surface of the lake. All three of them boarded the ship.

“There was nothing mysterious about the actual “flight.” I felt completely safe and relaxed. As a matter of fact, I did not even know how long the flight had lasted. Inside the craft, there was a discreet hum, the rhythm-like sound associated with low voltage waves, or with turbines, as I thought then. Evidently, the reverberations I had heard and felt when observing the flying saucer settle were either linked with particular maneuvers or were merely externalized noise.”

Inside the ship, Pallmann leaned that Satu-Ra and Xiti were extraterrestrial visitors from a planet called “ITIBII-RA 2.” He explored the ship and found a device that projected visuals from their home planet. He saw “their methods of transportation, their food-processing installations, their “biological” machinery and their instruments.”

Pallmann also learned that the alien visitors were performing various biological tests with Earth’s vegetation. He wrote in his book:

“…in order to grow new fruits and existing new plant flavors, our friends have brought with them the most interesting specimens of vegetation and they are real biological wonders. Some of these are cross-fertilized and transplanted with plants entirely different to theirs. Plants from our planet and others, are used to produce new taste sensations…”

Many people would find it hard to digest all the information he wrote about his meeting with alien visitors in his book, but there is something that makes his case somewhat authentic.

Pallmann settled in South America and even after realizing that people would not believe his story, he went on writing his book. One day, his ring glowed. He understood that Itibi-Ra II ship was nearby. It was January 15, 1969, and Satu-Ra came to him to say that his sister Xiti died in an accident. His last meeting with the Itibi-Ra II visitors attracted many eyewitnesses, even Pallmanns neighbor claimed to have seen the landing of the ship near his home. Soon after this event, many UFO sightings occurred in the region with a large metal disk, where aliens had their base according to Pallmann.

Pallmann vanished after the publication of his book, and his publisher lost his business.