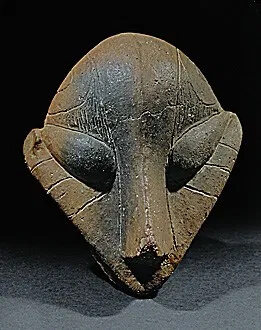 The discovery of Tărtăria tablets is considered to be the earliest known writing in the world, according to some archeologists. The three Tărtăria tablets were discovered in 1961 by archeologist Nicolae Vlassaat at a Neolithic site in the village of Tărtăria, Romania. Although scientists could not estimate the age of the tablets using the carbon-dating method, they claimed that the items were made about 7,500 years ago. In some time, researchers found similar objects with writings in Greece, Serbia, Bulgaria, and other parts of Europe. According to scientists, they were created in the era of the Sumerians, between 5500 and 4000 BC by the people of the ancient mysterious Vinča civilization.

Some researchers claimed that decoding the mysterious letters found in the ancient tables is impossible, while others thought that the signs were pictograms.

The Vinča civilization is said to be the largest prehistoric civilization that existed in Europe. The name “Vinča” has come from the village, situated along the banks of the Danube River where traces of this mysterious culture were first found.

The Vinča people were not only good in handcrafting but also a developed civilization. To prove this fact, researchers found various figurines in the form of animals made by the Vinča. Besides, in each house there was a special place for a litter bin, houses were equipped with heating, people used to sleep on mats made of wool or fur, clothes were sewn from flax. There was a neatly arranged cemetery not far from residential areas.

During excavations in the southern region of Serbia, archaeologists discovered several figurines made of clay, depicting a god. They also found artifacts that had feminine characteristics and looked like a modern description of extraterrestrials.

Most of these strange humanoid figures are depicted as guardian deities, some of them are believed to be good while others are evil. The zoomorphic-anthropomorphic depictions are a mystery to many researchers but have no answer to it. According to ancient astronaut theorists, this could be the best example of contact with extraterrestrial beings that came from other planets.

Researchers analyzed the city and assumed that this city could be considered an intellectual center of culture. The artifacts found by archaeologists explained that the Vinča culture did not lag behind other advanced ancient cultures of that time.