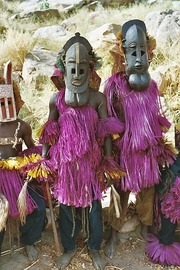 The pot plant is an ALIEN plant. There is physical evidence that cannabis is not like any other plant on this planet. One could conclude that it was brought here for the benefit of humanity. Hemp is the ONLY plant where the males appear one way and the females appear very different, physically! No one ever speaks of males and females in regard to the plant kingdom because plants do not show their sexes; except for cannabis. To determine what sex a certain, normal, Earthly plant is: You have to look internally, at its DNA. A male blade of grass (physically) looks exactly like a female blade of grass. The hemp plant has an intense sexuality. Growers know to kill the males before they fertilize the females. Yes, folks…the most potent pot comes from ‘horny females.’

The reason this amazing, very sophisticated, ET plant from the future is illegal has nothing to do with how it physically affects us…..

ps: I think the word ‘DRUGS’ should not be used as an umbrella-word that covers all chemical agents. Drugs have come to be known as something BAD. Are you aware there are LEGAL drugstores?! Yep, in every city. Unbelievable. Each so-called drug should be considered individually. Cannabis is a medicine and not a drug. We should DARE to speak the TRUTH no matter what the law is.

The legal history of cannabis in the United States pertains to the regulation of cannabis for medical, recreational, and industrial purposes in the United States. Increased restrictions and labeling of cannabis as a poison began in many states from 1906 onward, and outright prohibitions began in the 1920s. By the mid-1930s cannabis was regulated as a drug in every state, including 35 states that adopted the Uniform State Narcotic Drug Act. The first national regulation was the Marijuana Tax Act of 1937. Cannabis was officially outlawed for any use with the passage of the 1970 Controlled Substances Act. Multiple efforts to reschedule cannabis under the CSA have failed, and the U.S. Supreme Court ruled in United States v. Oakland Cannabis Buyers’ Cooperative and Gonzales v. Raich that the federal government has a right to regulate and criminalize cannabis, even for medical purposes.

What a crazy Thing they did.  Video Below will Blow your Mind ! Media Control once again.

That’s right. Weed. By order of King James I, every colonist had to supply 100 crops to the Virginia Company to ship back to England and trade. Even George Washington and Thomas Jefferson grew hemp on Mount Vernon and Monticello. Marijuana wasn’t just a desired crop; it translated into big government money. The problem is, while early regulation provided financial purpose and medical protection for the average consumer, deep-seated cultural misconceptions have resulted in today’s archaic marijuana laws.

There you have it. Just grateful every time you take a dab for the mummies, dog men, reptilian aliens, and crystal mines that made it possible.

I find this all very interesting. Hope you enjoy the read or listen to it below.