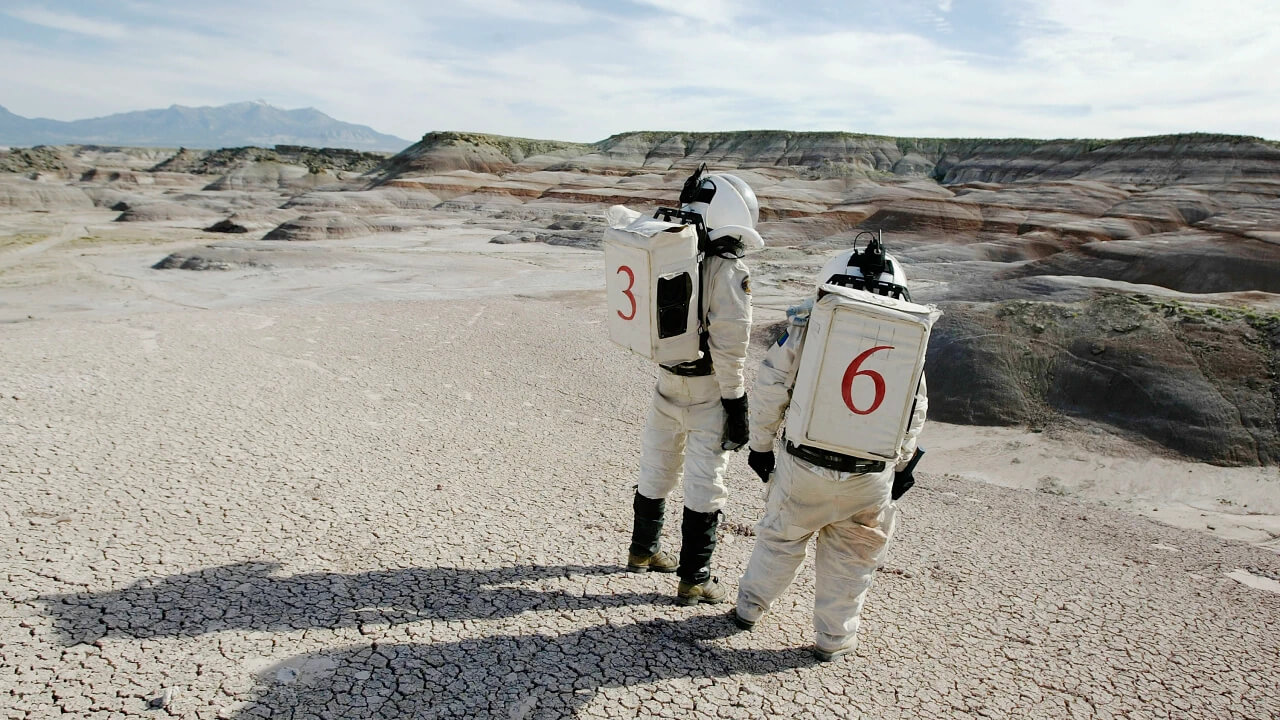 UTAH (ABC4) – Utah’s vast landscapes are known to be awe-inspiring to their viewers in-person and in photos online. Some of these environments are so strange looking that they’ve earned the moniker of “alien landscapes,” named for their appearance of being from a different planet.

“When visitors from around the country and around the world come here, they really do feel like they’re being taken to another universe,” says Utah Office of Tourism Public Relations Manager Anna Loughridge. “It’s like another world where Martians live and I think that makes it so appealing for the family adventure.”

Here’s a few of the best other-worldly alien landscapes located in Utah:

Any list that describes the best alien landscapes in Utah has to start with the Mars Desert Research Station. The area is dubbed as the largest and longest-running Mars surface simulation facility in the world. Owned and operated by the Mars Society, a non-profit group that promotes the exploration of the Martian planet, crews and scientists actually carry out simulations of what a mission on Mars would look and feel like. The teams wear a spacesuit (yes, really) and pay their own way to gain valuable experience dealing with the harsh conditions of an alien planet. This site near Hanksville seems out of this world.

Those aren’t mushrooms you’re seeing on the ground, they are unique sandstone rock formations known as “goblins.” Interestingly, when the area was first discovered, it was known as “Mushroom Valley” until the area was purchased by the state and designated as a state park in 1964. According to the park’s website, the “goblins” are created by the uneven nature of sandstone as it erodes due to wind and water.

If you’ve never heard the word “hoodoo,” it’s probably because you’re unfamiliar with the bizarre rock formations at Bryce Canyon. Hoodoos are tall, thin spires of rock that come out of an arid basin or badland. The ones found in Southern Utah’s Bryce Canyon are particularly fascinating and striking due to their size and volume with the natural amphitheaters inside the park. All year round, the park is known for its Instagram-able sights, including when snow falls on the hoodoos.

The name of this stunning state park may seem less appealing, but the history behind it is interesting. Back in the days of the old west, cowboys used the area as a place to corral wild mustangs. Trapping the horses at the edge of the cliff, they would round up the desired horses and take them back to be tamed. Usually, the remaining horses were set free. However, legend has it that one time, the remaining horses remained at the edge of the cliff and died of thirst for an inexplicable reason. Taking a mountain bike to the area is a great way to explore the park and imagine the cowboy way of life.

There’s not much to the Salt Flats, and that’s what makes the area so unique to look at. The ground is an off-white color that stretches across Tooele County for 40 square miles. The densely packed salt pan is the largest remnant of the ancient Lake Bonneville, which covered most of Utah about 30,000 years ago. The salty surface that remains from the Ice Age lake is ideal for racing motorcars and setting land speed records, which has been a go-to activity at the Salt Flats since 2014.

Sitting on the Utah-Arizona border and encompassing over a million acres, Glen Canyon has a ton of stuff to see and experience. Horseshoe Bend, Lake Powell, and the iconic formations at Rainbow Bridge are all found in Glen Canyon. Petroglyphs and other ancient markings show just how long people have been coming to the area for all kinds of adventures. Modern-day explorers will enjoy bringing their camera and taking some incredible photos to make their social media followers swoon.

Is that…a sombrero? The eye-catching rock formation located in the southwest corner of the state was appropriately named for what it looks like, a sombrero or a Mexican hat. The seemingly precariously balanced rock measures 60-feet wide by 12-feet high. A bunch of thrill-seeking rock climbers have described the rock as a pancake stacked on top of a Coke bottle. Whether you see it as a sombrero or as a pancake, the formation is definitely strange. Heads up, mounting the rock is recommended for experts only.

This place made its name as an outlaw hideout for some of the most notorious gangs of the Old West, including Butch Cassidy and his Wild Bunch. Because the terrain is so challenging to enter and navigate, it made for an ideal place for bad guys to hide out and evade the law in between robberies. To protect themselves from the harsh winter conditions, the Wild Bunch carried in supplies and built cabins within the slot canyons. Eventually, the Wild Bunch was found by Salt Lake City police officers, ending their ability to hide in the Roost. The area now attracts all kinds of hikers and backpackers looking to get a taste of outlaw living.

The “sand pipes” made of sandstone spires and columns found at Kodachrome are believed to be found nowhere else on earth. The basin is full of these striking vertical features, which can range anywhere from two to 52 meters high. When the area was designated a state park in 1962, the name was changed to Chimney Rock because park officials were worried that the Kodak film company would challenge the name in court. However, a few years later, the film company gave permission to change the name of the park back to Kodachrome Basin.

To those who think, “Gosh I love the Grand Canyon, I just wish it was smaller,” the San Rafael River is the place for you. Located in Emery County, the San Rafael River Gorge is often called the “Little Grand Canyon.” The canyons’ walls that sit at a nearly 90-degree angle serve as eye-catching views from above and from those floating through the Green River, which flows through the gorge on its way to joining the Colorado River in Canyonlands National Park, near Moab.

There are a lot of things going on in Capitol Reef in Wayne County, which was named a national monument in 1937 by President Franklin D. Roosevelt and then a national park by President Richard Nixon in 1971. The Navajo Sandstone cliff features fascinating white dome formations. The area also features amazing ridges, bridges, and monoliths (not the metal ones that have been mysteriously popping up around the state). The petroglyphs in the gorge are also a must-see.