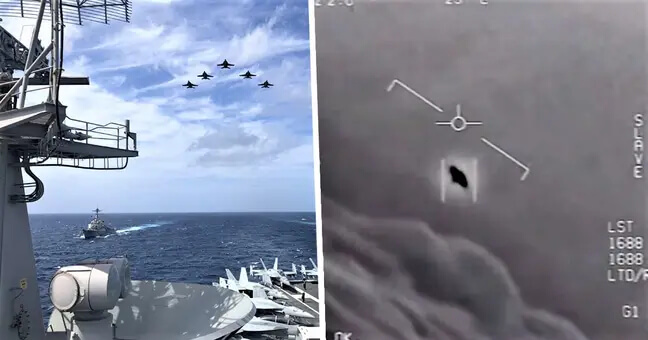 As if 2020 couldn’t get any more surreal, the Senate has just confirmed the existence of a UFO task force.

Members of the US Senate recently expressed concern that the US military was not giving the appropriate amount of attention to reports of encounters with unidentified aerial phenomena (UAPs), otherwise known as UFOs.

Because of this, they now want the Director of National Intelligence to work with other relevant agencies to create an unclassified report detailing the information they have on UFOs, and the kinds of threats or risks these objects might pose.

The call for this review of information was included in a Senate Intelligence Committee report accompanying a draft of the Intelligence Authorization Act – which concerns funding the government’s intelligence activities – initiated by Senator Marco Rubio.

Not only that, but the committee report wanted a ‘detailed analysis of data of the FBI, which was derived from investigations of intrusions of unidentified aerial phenomena data over restricted United States airspace’.

The Committee supports the efforts of the Unidentified Aerial Phenomenon Task Force at the Office of Naval Intelligence to standardize collection and reporting on unidentified aerial phenomenon, any links they have to adversarial foreign governments, and the threat they pose to U.S. military assets and installations.

However, the Committee remains concerned that there is no unified, comprehensive process within the Federal Government for collecting and analyzing intelligence on unidentified aerial phenomena, despite the potential threat.

Before you get all excited and think this means the Senate has also acknowledged the existence of aliens, I hate to break it to you but that’s just not the case. UFOs – or UAPs, as the US government calls them – in this case refer to ‘potential aerospace or other threats’ to national security.

The committee has asked that the report identifies whether these phenomena are the work of a foreign adversary who ‘may have achieved breakthrough aerospace technology that could put the United States strategic or conventional forces at risk’.

In simple terms, they’re not looking for aliens… so they say.