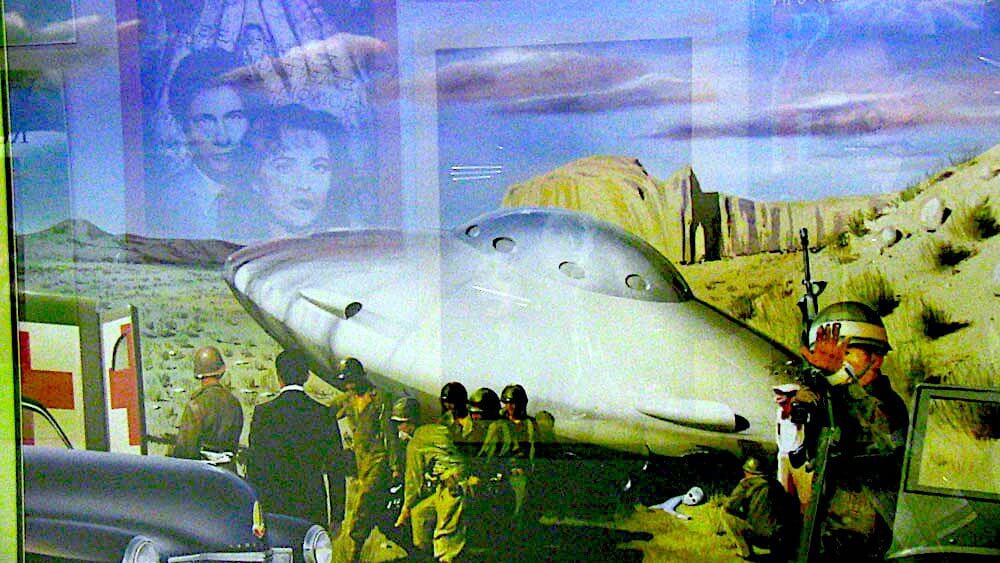 Apollo 13 astronaut Dr. Edgar Mitchell once told the world that “Yes there have been crashed craft, and bodies recovered.” He is seen making these statements in this documentary. Eric W. Davis, a renowned astrophysicist who worked with the Pentagon UFO program stated that he gave a classified briefing to a Defense Department Agency, as recently as March 2020 about retrievals from “off-world vehicles not made on this Earth.” Christopher Mellon, a former Deputy Assistant Defense Secretary for Intelligence from 1997 to 2002 has confirmed that he was  present during this testimony. He himself has been quite outspoken about the phenomenon over the past few years.  Dr. David Clarke, an investigative journalist, reader and lecturer at Sheffield Hallam University who was also the curator for The National Archives UFO Project from 2008–2013, came across some interesting documents suggesting that the UK was desperate to capture UFO technology. Paul Hellyer, former Canadian defense minister claimed that the protocol when military jets were scrambled to intercept a UFO was to “shoot first and ask questions after.”

The thought of attempting show aggressive actions against objects that show no aggression themselves is concerning to me. This activity on our part (humans) comes when the behaviour of these objects are not indicative of any type of threat. They often perform evasive maneuvers to avoid our aircraft and the majority of the time, there is no type of retaliation observed. This makes one question our own behavior and the way our governments have responded to the UFO phenomenon, it’s not something to be proud of in my opinion.

The information above isn’t even the tip of the iceberg when it comes to the topic of crash/UFO retrievals. There are numerous stories suggesting that multiple governments have been successful in bringing down these craft in an attempt to find out more about them and also, perhaps, reverse engineer them. Roswell is not the only case. Here’s an article I’ve wrote about the 1941 Cape Girardeau UFO crash, for example.

Colonel Ross Dedrickson, who had a long stint with the Air Force as well as the US Atomic Energy commission claimed that the detonation of nuclear weapons polluted the magnetic field which some of these craft relied on to operate.

What Happened: A document that made some noise within the mainstream in 2013 due to the fact that’s it’s been viewed more than 1 million times and is, according to the FBI, their most viewed document, reads as follows:

An investigator from the Air Force stated that three so-called flying saucers had been recovered in New Mexico. They were described as being circular in shape with raised centers, approximately 50 feet in diameter. Each one was occupied by three bodies of human shape but only 3 feet tall, dressed in metallic cloth of a very fine texture. Each body was bandaged in a manner similar to the blackout suits used by speed flyers and test pilots.

According to Mr. (redacted) informant, the saucers were found in New Mexico due to the fact that the Government has a very high-powered radar set-up in that area and it is believed the radar interferes with the controlling mechanisms of the saucers.

It was written by Guy Hottel, who was the head of the FBI’s field office in Washington at the time, and addressed to FBI Director J. Edgar Hoover. Many believe that the memo is based on a hoax that was carried out by a convicted con man named Silas Newton. Who really knows? At the end of the day one thing is certain, we know that “these objects are here, they’re real” and that “this is happening now.” – Mellon (mentioned at the beginning of the article).

Manuel Kirklin and other veterans have also hinted to the idea that some of these objects have been brought down because of radar. Here’s a brief clip of Kirklin explaining.

The document is from the 1950s, a time when UFOs were quite popular within the mainstream due to the fact that an explosion of sightings were observed and documented after the United States dropped the atomic bomb. There was so much public interest that that President Truman held a press conference during this time and stated that they talk about the subject of UFOs at “every conference that they’ve had with the military.” Going on to state that “there’s always things like that going on, flying saucers and they’ve had other things you know.” This was also around the time (1952) when several unknown objects flew over the White House. Jets were scrambled and as they approached the vicinity of the objects, they (the objects) accelerated at a tremendous pace and vanished.

If all of this was going on 70 years ago, what has been discovered today? To me, crashed craft represents a loss of life. It’s not something to be happy about. In fact, these events in my opinion are quite sad.

Final Thoughts: Mainstream media UFO disclosure is exploding after a decades long campaign of ridicule and secrecy. Many people are concerned about this given the fact that trust in government as well as big media has fallen and continues to do so. This is, in my opinion, because big media outlets are notorious for controlling our perception of various events and issues. This is why they have such strong connections to intelligence agencies, government and big corporations. I believe it’s a big form of mind control.

When it comes to mainstream UFO disclosure, I go much deeper into the conversation in an article I recently published which you can read here.

It’s quite interesting to ponder the idea that we are being visited and have been visited for longer than we know. Based on my research, this topic is somehow, in a way I can’t explain here, connected with human consciousness. I believe it’s a catalyst for us to become aware of aspects of ourselves we are not fully aware of yet, as well as one for questioning why we live on this planet the way we do. I believe it forces us to ask more questions about ourselves and the nature of reality as we know it, and perhaps ponder if there are better ways we can operate here on planet Earth. We are a race with unlimited potential, I have no doubt that we can create an experience where humans can live in harmony with the planet and all life can thrive. I feel we are natural explorers and naturally curious beings, I feel we are meant to traverse the stars and explore even more. I do not feel we are all supposed to go to school, get a job, pay bills and die. There has got to be a way where everybody can have their basic needs met which opens us all up to a new level of freedom. Ask yourself, if money wasn’t a ‘thing’ or an issue, and we all had our needs met, what would we do? Would we crave material desires and sources outside of ourselves for happiness? Or would we start exploring, contemplating, questioning and discovering?

Is humanity ready for contact? Is human consciousness at a proper point? Are we still ruled by greed, ego, the desire for power and control or are we ready to operate from a place within that serves the collective? Can our world operate from a system of cooperation and service to other instead of a competitive, every person for themselves type of mentality?

These days, it’s not just knowing information and facts that will create change, it’s changing ourselves, how we go about communicating, and re-assessing the underlying stories, ideas and beliefs that form our world. We have to practice these things if we truly want to change. At Collective Evolution and CETV, this is a big part of our mission.

Amongst 100’s of hours of exclusive content, we have recently completed two short courses to help you become an effective change maker, one called Profound Realization and the other called How To Do An Effective Media Detox.